No, I didn’t truly get nominated for the Kreativ Blogger Award, but Bobbi did throw it out to everyone and I decided to catch it 🙂 So, now I am going to tell you 7 things you don’t already know about me….

1. I have one tattoo

2. I always make “whore” jokes about  myself and it causes problems in my relationship (but they’re really funny)

3. I believe if I would have never started dieting I wouldn’t have a weight problem right now.

4. I have never done drugs

6. I have life regrets and don’t understand why everyone says not to have regrets. There’s a lot of stuff I would have done differently, it doesn’t keep me up at night, but it’s true.

7. I hate to admit my goals because I’m scared of failure and being embarrassed.

So, I went to get my iced coffee from DD and saw they were advertising all their Pumpkin goodies – Pumpkin Latte, Doughnut, Muffin!!! I opted to get my usual iced coffee with one pump of pumpkin syrup. Well, I asked for one pump, but this was sooooo good it’s hard for me to believe they made it right! Loved it. Love. 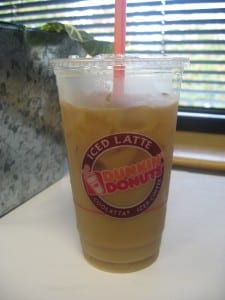 Lunch was many parts…tomato soup, sandwich thin, cheese, broccoli/tomatoes and an apple. 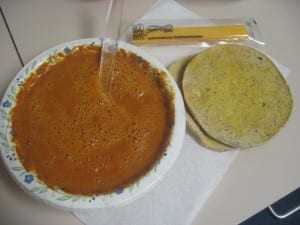 I ended up eating the apple an hour later. I rarely stop eating before I’ve finished everything – must have been super full! 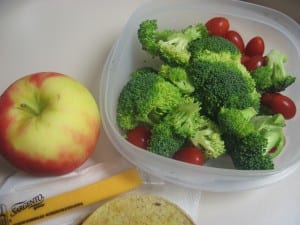 My afternoon snack was yogurt and granola. I am realizing that making a point of eating more protien is taking the edge off overeating later in the day! 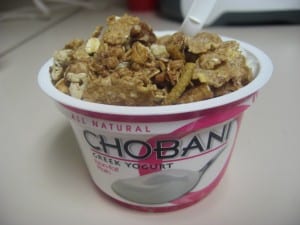 Ben just called and told me he really wants Chinese food for dinner, so it looks like I’m going out! See ya later 🙂

Disclaimer: I am not a doctor or registered dietitian. The views I express are mine alone, based on my own experiences, and should not be taken as medical advice. I am a certified running coach, but am sharing my own training – not providing a program for you. Please speak with a medical professional before making any changes to your diet or exercise. Affiliates: Please note that affiliate links and sponsored posts may pop up on RER from time to time. I greatly appreciate your support!  END_OF_DOCUMENT_TOKEN_TO_BE_REPLACED