All the earthquake excitement pushed out my Real Housewives of New Jersey dish!

But first lemme do a quick recap of the day’s events eats.

I had a SIAB and a piece of toast with PB&J at some point. 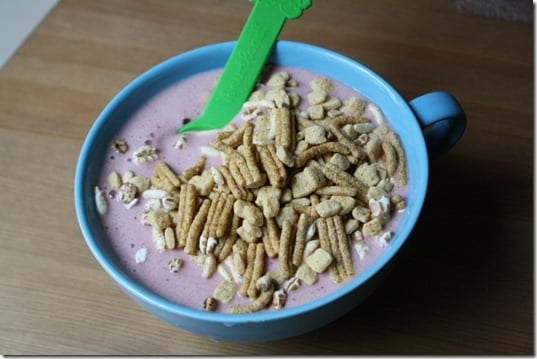 Then after an exciting phone call I started on dinner. I made guacamole with some of my very plentiful avocado stash. Ben brought me this bowl from Mexico because I’m Mexican. 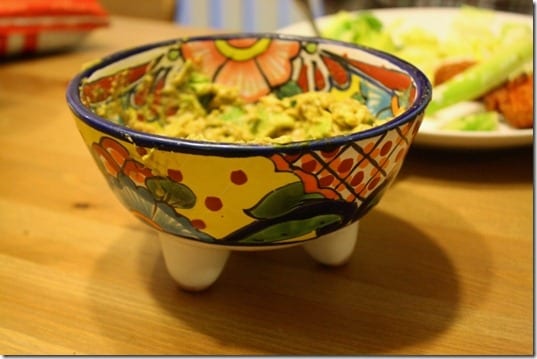 I chomped guac with celery while cooking. Ole!

I have a question – are you supposed to cut off the asparagus bottoms butts? I do because they’re tough, but I don’t think you’re supposed to necessarily? 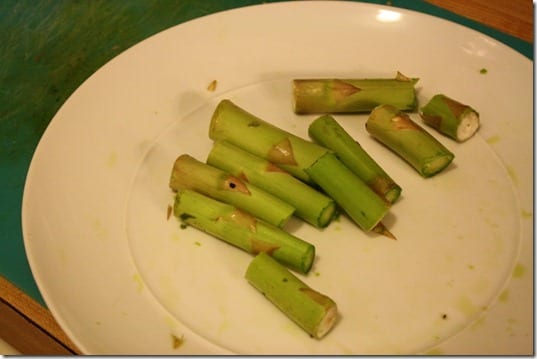 I served it up with eggs. I’ve been sneaking bites of Ben’s breakfast eggs and just realized I need to make my own. 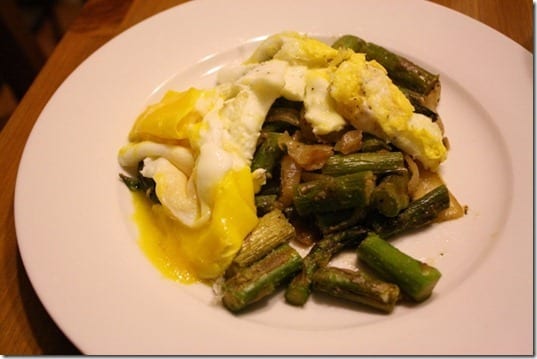 Here is People Magazine’s article on the episode (mostly about Teresa’s drama).

And watching Jacqueline and Caroline take a walk makes me want to move to NJ and walk with them. I need a friend.

Then, Bethenny was on tonight! I think she and Jason need to go to couples therapy. They really want it to work, but can’t figure out how to work through their problems. (Disclaimer: I think everyone should go to therapy. I’m a fan.)

Question: Do you cut off asparagus butts?

Thoughts on the Real Housewives of NJ on Bethenny??

Disclaimer: I am not a doctor or registered dietitian. The views I express are mine alone, based on my own experiences, and should not be taken as medical advice. I am a certified running coach, but am sharing my own training – not providing a program for you. Please speak with a medical professional before making any changes to your diet or exercise. Affiliates: Please note that affiliate links and sponsored posts may pop up on RER from time to time. I greatly appreciate your support!  END_OF_DOCUMENT_TOKEN_TO_BE_REPLACED