The theme of today is obviously pizza. There are worse things I could talk to death, right?

Remember how I was a total creeper at the New York City Marathon expo when I spotted Dean Karnazes? 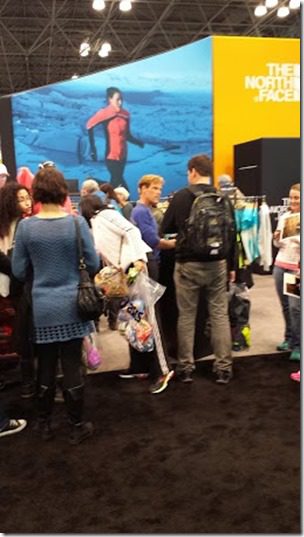 Well, his PR peep must have heard my desperate cries because I was recently contacted to interview him.

For those that aren’t big running fans – Dean Karnazes is the most awesome ultra runner in the world. He’s written several books, ran 50 marathons in 50 days a 200 mile relay and so much more.

But, the reason he’s my favorite is because he once ATE A PIZZA WHILE RUNNING! He called it an Italian Burrito – love that.

RER : How did you train for New York? Do you even need to train to marathons at this point?
Karnazes: For me, I run marathons as training for longer ultra-marathons. When I run NYC I look at it as a training run more than a race. It’s too short a distance for me to be competitive. (laughter)

RER: How did the NYC Marathon go for you?
Karnazes: Just a walk in the park. (more laughter) In sincerity, the NYC Marathon is probably my favorite of all, and I’ve run hundreds of races on all 7 Continents of earth.

I once ran 50 marathons, in all 50 states, in 50 consecutive days, and NYC was the 50th and final marathon, so I have many fond memories. I usually run it in around 3-hours, and this year I think I was 3:04. Maybe one year I’ll train harder for it and improve my time, but right now I’m just enjoying every step of the way.

RER:  Do you do speed work? What type?
Karnazes: For speed work, I primarily do something called, “hill repeats.” Essentially, I run at tempo up a hill, and then jog back down. Typically I’ll do 5-6 repeats of varying duration and incline.

RER:  How many miles are you running a week right now?
Karnazes: It varies tremendously because of my rather insane travel schedule. A typical range is somewhere between 70 to sometimes upwards of 200 miles per week.

RER:  What do you eat before a long run? After?
Karnazes: Usually before a run I’ll have some Greek-style yogurt – unsweetened and full fat, along with some berries or a chopped banana and some nuts, either almonds or walnuts. Afterward I’ll rehydrate with some ZICO coconut water unsweetened and lots of organic fruit. For protein my favored go-to is wild Pacific salmon. Living in San Francisco the supply of fresh seafood is plentiful.

RER:      What do you do to recover from your runs? Ice bath? Compression?
Karnazes: First and foremost, I replace the fluids and electrolytes depleted during the event. I’ve tried just about everything, but find that simple coconut water works best. When practical, I find ice baths to be tremendously beneficial, and I am also a big proponent of compression.

The other thing I highly recommend, which might be a bit counterintuitive, is going for a run the next day. Okay, it’s more like a hobble, but I encourage people to try to run a few miles the day after a race. I think getting your heart rate elevated and moving you body really helps flush out your system from the metabolic byproducts created during the race. Active recovery is something I practice and it helps.

Question: If you saw someone famous that you adore – would you go up to them?

Disclaimer: Please speak with a medical professional before making any changes to your diet or exercise. I am not a doctor or registered dietitian. The views expressed are based on my own experiences, and should not be taken as medical, nutrition or training advice. Please note that affiliate links and sponsored posts may pop up from time to time. I truly appreciate your support. END_OF_DOCUMENT_TOKEN_TO_BE_REPLACED