This Mexican Street Corn Elote Recipe is part of a sponsored collaboration with Vive Mejor and Knorr. All opinions and photos are my own.

Hello! Today I’m recreating one of my favorite Mexican snacks or side dishes – Mexican Street Corn aka Elotes. It’s a super easy recipe you can make a little lighter than the original.  And I’m excited because even though I love it –  I’ve never made an authentic version at home! 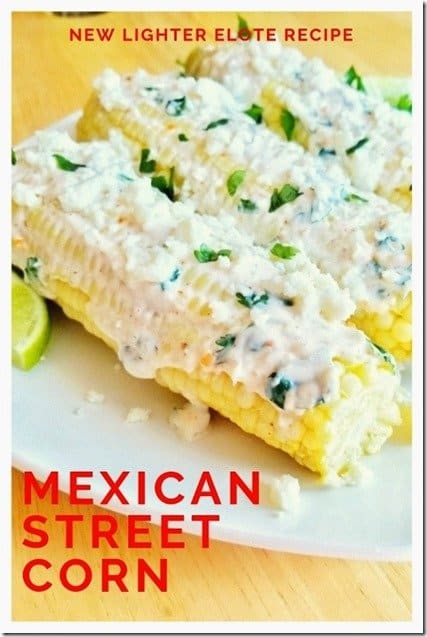 If you’re not familiar Elotes = Mexican Street Corn = epic corn on the cob slathered with butter, mayo, cheese and chili. Sometimes you’ll see it served with cilantro, lime, cotija cheese or other toppings but the way I bought it growing up was mainly that combo.

Oh and – if you’re not familiar with elotes… you’re probably not familiar with the Elote Man aka the guy slinging this amazing snack! He would walk through the neighborhood pushing a cart and honking a horn to get customers attention. Inside the cart he’d have a huge pot of boiled corn and around it would be all the toppings: butter, mayo, cheese, chili, etc. When you bought an elote he’d use big metal tongs to grab a corn out of the water and stick a wooden stick in it. Then, he’d pile it up with all the toppings and hand it over dripping with all the delicious flavors melting together.

Today I made elotes at home and it was so good! This might be a new staple for me! 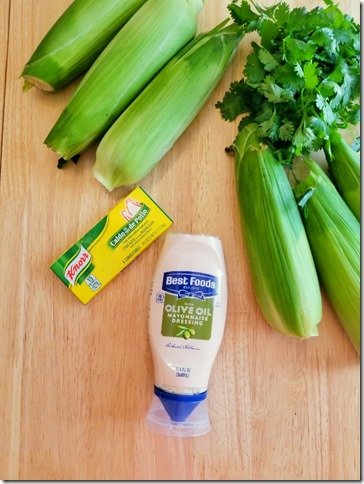 Instead of grilling – I boiled it in the bouillon. This made the entire corn cob extra juicy and flavorful.

Instead of sour cream – I used greek yogurt. This made it lower calorie but still creamy.

I used extra lime and cilantro because I love those flavors. 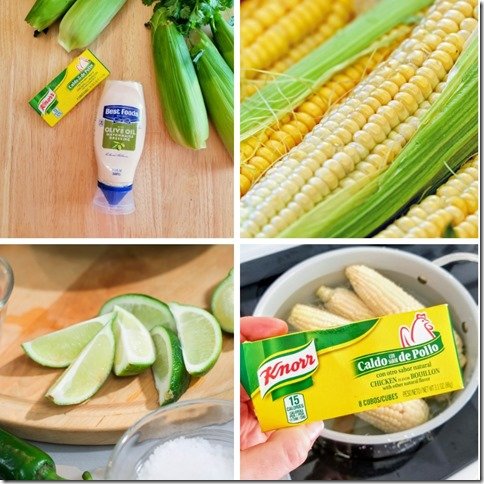 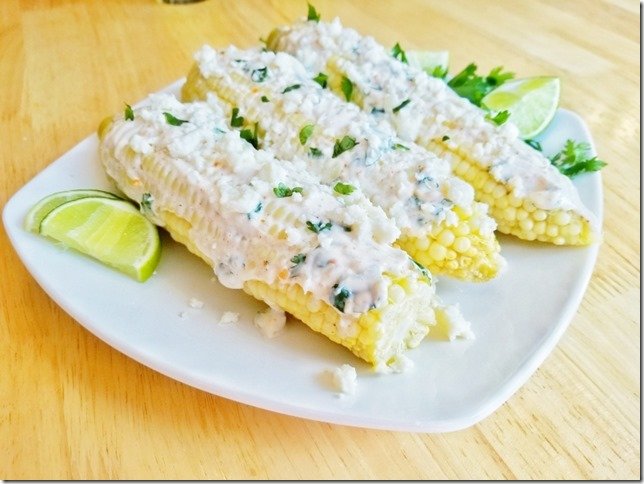 Fill stock pot with water and 2 bouillon cubes – bring to boil. When it starts to boil add corn on the cob. Cook for 8-10 minutes.

While it’s boiling prepare the sauce…

When corn is done – remove and pat dry. Spread sauce over corn and top with cotija cheese. Serve with extra lime and chili. 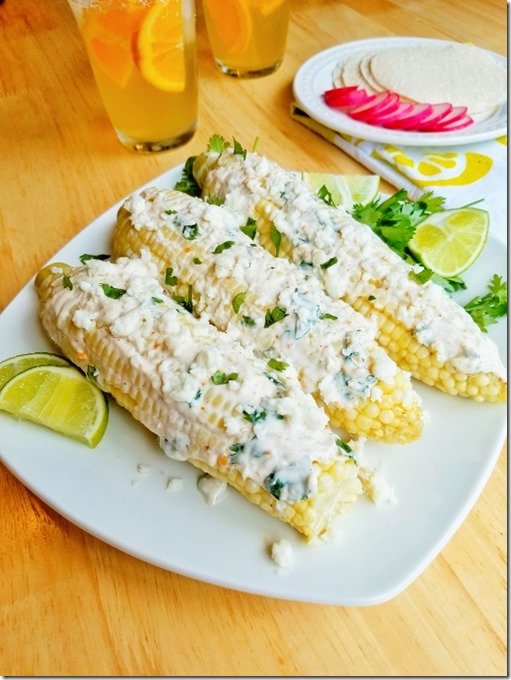 I want to try the Chimchurri Portobello Rice Recipe next!

Question: Have you ever had Elotes / Mexican Street Corn?

Is there a dish you grew up with that’s kinda unique to where you lived??

[This Mexican Street Corn (Elote) recipe is part of a sponsored collaboration with Vive Mejor and Knorr. All opinions and photos are my own.]

Disclaimer: Please speak with a medical professional before making any changes to your diet or exercise. I am not a doctor or registered dietitian. The views expressed are based on my own experiences, and should not be taken as medical, nutrition or training advice. Please note that affiliate links and sponsored posts may pop up from time to time. I truly appreciate your support. END_OF_DOCUMENT_TOKEN_TO_BE_REPLACED