There was a mix up with some stuff this morning plus Ben called in sick to work so I wasn’t able to leave for my run until 11am. That is super super late for me. By that time I was hungry so made a wrap with egg whites and ketchup before I left. 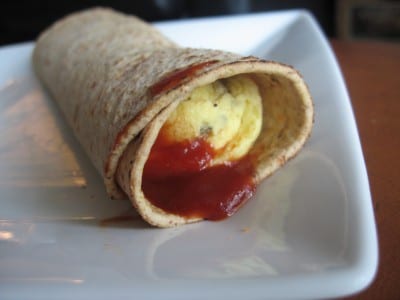 Then, I was off on my 4 mile run! Ben offered to take a picture of me because he thought I looked ridiculous. Little does he know this is how I always look on my runs now! 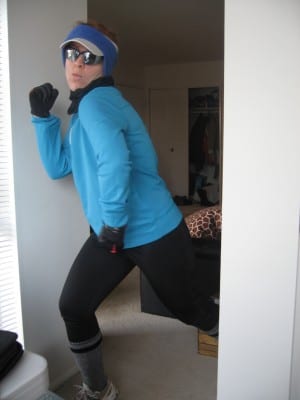 When I got back I took a quick shower and was hungry for lunch right about 12:45pm – I’m glad the late run didn’t completely throw off my day 🙂

I made a massive salad with a cole slaw mix, tomatoes, trail mix (nuts and dried fruit) and TJ’s PB dressing. 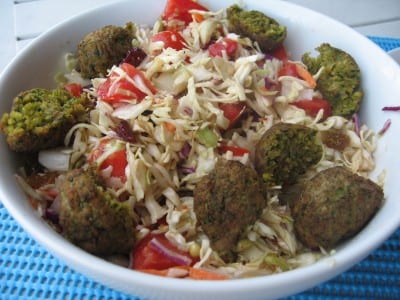 I also topped it with some falafels (am I supposed to pluralize that word?). With an apple on the side :)This was a major volume meal – my fave kind. 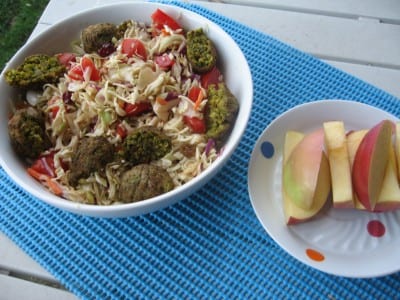 I’m watching “Little Miss Perfect” a show about pageants. I have never put any thought into what I think about pageants. I know some people think it’s really bad stuff for little girls, but as  kid I think I would have loved it. I was such a cheese ball (am still kinda am, I guess). Don’t hate on the crimped hair either. 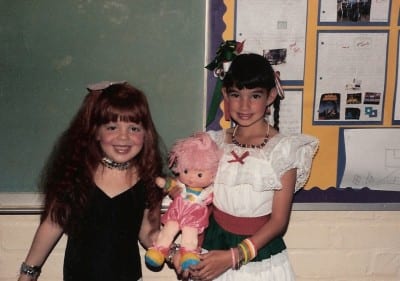 There are some things I “conveniently” left out of my Florida recap from this weekend. I’m here to admit a trip to Taco Bell, fair-like fried food and more….

This weekend (in FL) we were out and about between the art show and visiting peeps and I was super hungry! The best option was Taco Bell and I was happy with that. I ordered a salad and switched out the beef for chicken (normally I opt out of the chicken, but all I had been eating was empty carbs all day and figured I needed it). 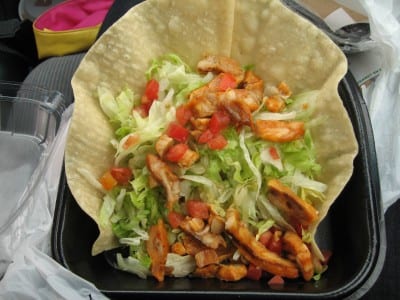 I also ordered an extra pintos and cheese on the side. 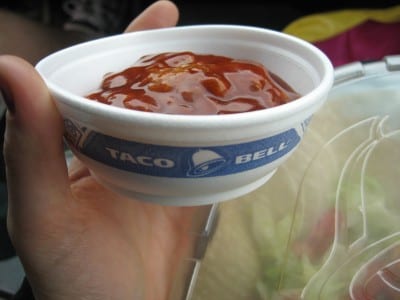 After a bite of the shell (I’m only human!) I dumped the salad in the container, added the beans and hot sauce and mixed it up. Ben made fun of me for being able to find something “healthy” even at Taco Bell, but that’s just how I roll. 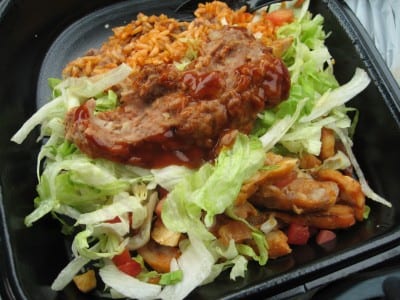 I’m glad I made smart choices at Taco Bell, because I ended up trying a Crab Fritter at the art show 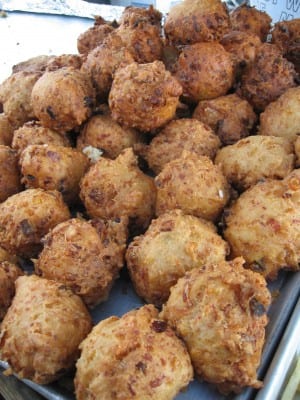 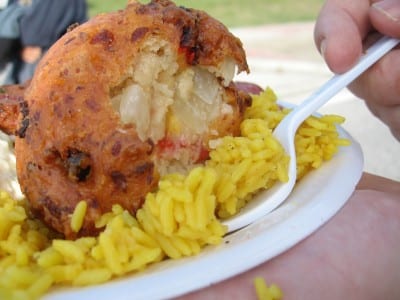 and of course, kettle corn. 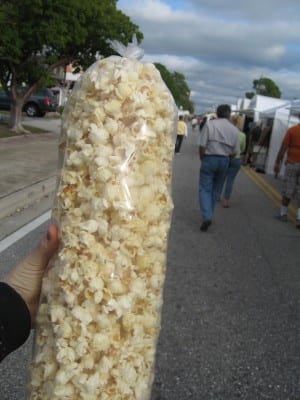 And a pirate shot Ben. That’s what he gets for making pirate jokes like this:

Disclaimer: Please speak with a medical professional before making any changes to your diet or exercise. I am not a doctor or registered dietitian. The views expressed are based on my own experiences, and should not be taken as medical, nutrition or training advice. Please note that affiliate links and sponsored posts may pop up from time to time. I truly appreciate your support. END_OF_DOCUMENT_TOKEN_TO_BE_REPLACED