Wow! I thought it was slippery after the rain. Nope! It was SUPER SLIPPERY today after it snowed this weekend. I felt soooo hardcore running with snow all around me this morning. Who am I? This California girl is out of place here, but I am slip-slopping along. 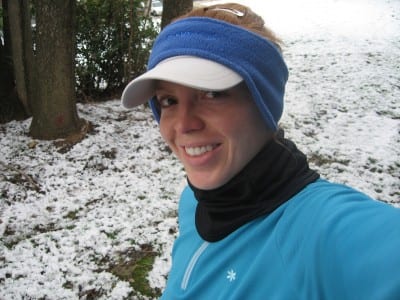 I even put on my wool socks to keep my toes from freezing! 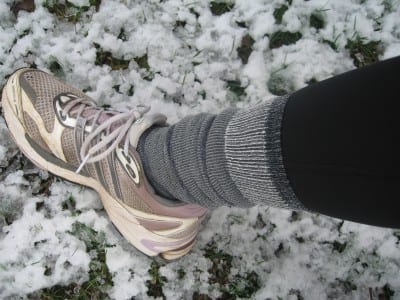 It was gorgeous out with everything dusted white. But – there were a lot of areas of sidewalk that had slush, black ice or icy snow. It was very slippery and something bad happened... 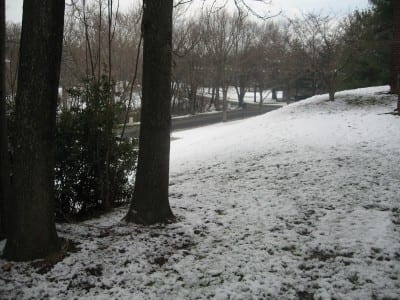 As I was running along I saw a man lying on his side in the driveway. At first I wasn’t sure if he was working on the driveway or what, so I stopped and tried to figure out if I should offer help. He had his back to me and I saw him try to drag himself towards the house.

So, I went up and offered to help. He didn’t want me to help him up because he didn’t think the leg he fell on could straighten out. He told me just to stay with him while he dragged himself to the door and asked me to open the front door for him so he could get inside.

Once inside he told me he was calling his wife and didn’t need any thing else. I knew he was embarrassed and hurt and didn’t want to push it. So, I made sure he was inside with his phone and left.

That interaction gave me a lot to think about on the rest of my run.

I really want to be able to help people. I wish I could have done more for that man. I’ve been considering different career paths lately and I keep getting signs that I need to be more hands on with working with and helping people. I have a lot to think about before I make a move, but I’m going somewhere with this 🙂

Once I came home I had a big bowl of cereal and a banana with AB. I also ate a small piece of cinnamon raisin bread with PB – I think my tummy just hadn’t registered fullness yet, because a few minutes later I was uncomfortably full! 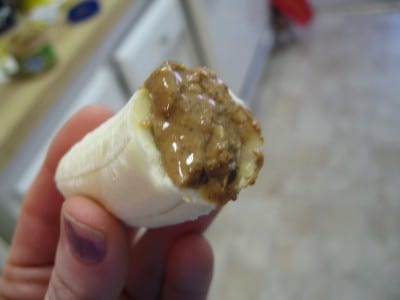 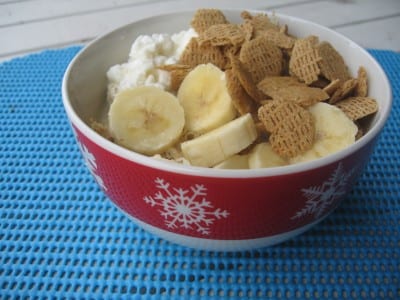 Okay ladies and gentleman, I have to go. See ya later 🙂

Disclaimer: I am not a doctor or registered dietitian. The views I express are mine alone, based on my own experiences, and should not be taken as medical advice. I am a certified running coach, but am sharing my own training – not providing a program for you. Please speak with a medical professional before making any changes to your diet or exercise. Affiliates: Please note that affiliate links and sponsored posts may pop up on RER from time to time. I greatly appreciate your support!  END_OF_DOCUMENT_TOKEN_TO_BE_REPLACED