So, I don’t know how to tell you this but I accidently peed on my cat. I should be too embarrassed to share this on national television my random blog. I just want you to know it might be major TMI and you’ve been warned. 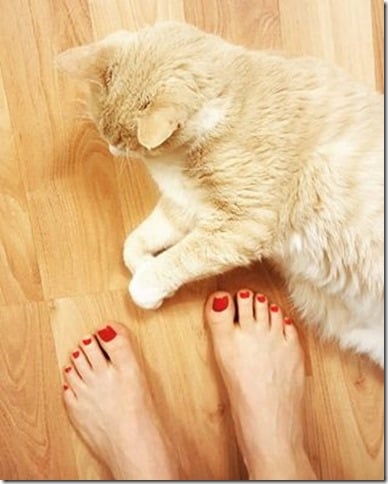 In my defense, Vegas (the cat) peed on my mom’s bed once (when he had a UTI) so it’s kind of like payback?

California is in a bad drought.

There are signs to CONSERVE WATER everywhere. The pressure is on to not waste a drop of water.

B.) drink tons of water because I run a lot and need to be hydrated

D.) am alone all day so no one would know … well, except you now

For the record, it’s not even yellow it’s actually almost clear since I’m SUPER hydrated.

Last night I woke up to pee in the middle of the night, put the seat down and then went back to sleep.

A few hours later a was woken up by Vegas playing ‘ninjas’. This is when he jumps in the air like an invisible ninja is attacking him and then runs to another room and hides before he pops out again. He jumps and runs back and forth slamming into the walls and sliding around on the laminate floor so the noise woke me up.

At this point I was awake and it was almost 6am so I figured I’d just get up and start my day. I got out of bed and walked to the restroom. Just as I was lifting the toilet seat Vegas slid around the corner and hopped on the toilet to attack the invisible ninja in the bathroom.

Except… he didn’t realize I was lifting the lid and I, having just woken up, didn’t realize what the heck was going on until I was startled 100% awake at the sight of Vegas leaping into the toilet!!

He splashed into the pee water and then frantically jumped out as I went running after him to wash him off. It was traumatizing for everyone involved. Mostly me. (And now possibly you.)

And that is why Vegas shouldn’t play ninjas at 5am and maybe ‘let it mellow’ isn’t a good idea and why I shouldn’t have a blog to share this kind of information. 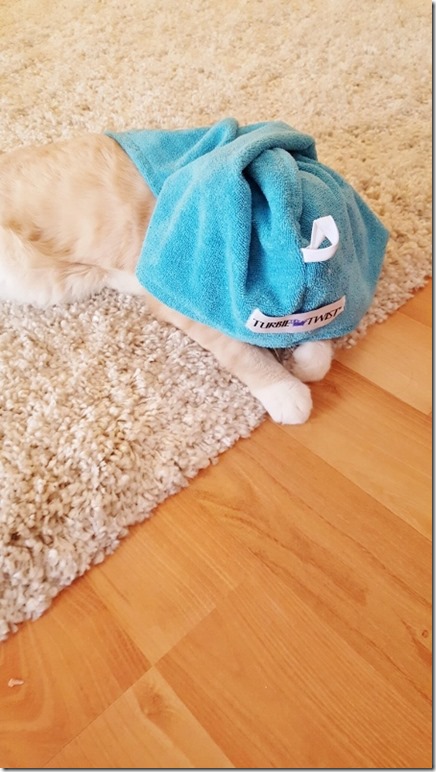 For those of you that actually read my lil story here is a reward – this is a true story of triumph and perseverance. It’s also probably the longest cat video I’ve ever watched till the end…

Previous Post: « Blue Apron Perfect Timing
Next Post: I Am A Health Coach So I Shouldn’t Eat This Peanut Butter »

Disclaimer: Please speak with a medical professional before making any changes to your diet or exercise. I am not a doctor or registered dietitian. The views expressed are based on my own experiences, and should not be taken as medical, nutrition or training advice. Please note that affiliate links and sponsored posts may pop up from time to time. I truly appreciate your support. END_OF_DOCUMENT_TOKEN_TO_BE_REPLACED