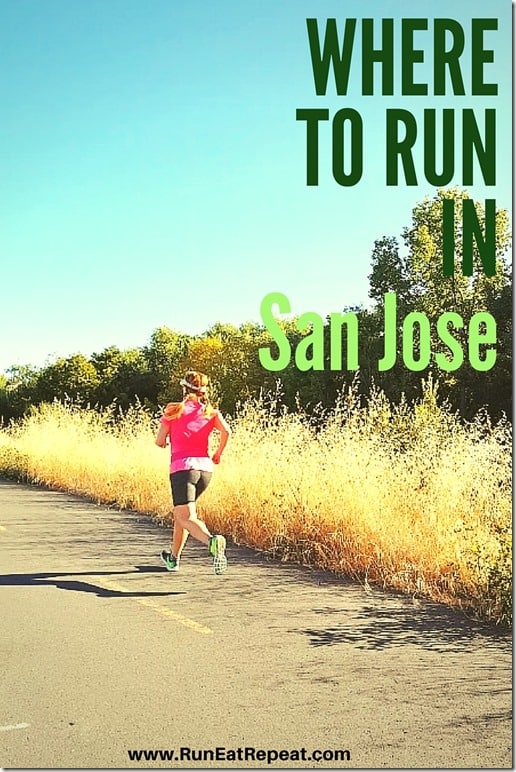 The best way to get to know a new area is to walk or run around. Travel through life on foot! And I know a lot of you (okay a lot of me too) likes to run and needs to stay on a training plan while traveling. This weekend I was in San Jose and knew it would be a great place to run. The weather in Central and northern California is usually mild and perfect for running.

I did a little research on where to run in San Jose and found a path along the riverbank right away. If I didn’t find one I would have asked on twitter or Instagram for suggestions from local runners. Here is where I ran…

We walked from the hotel to the SAP center (for the US Women’s Olympic Team Trials). As we passed I saw an entrance for the Lower Guadalupe River Trail. Perfect! 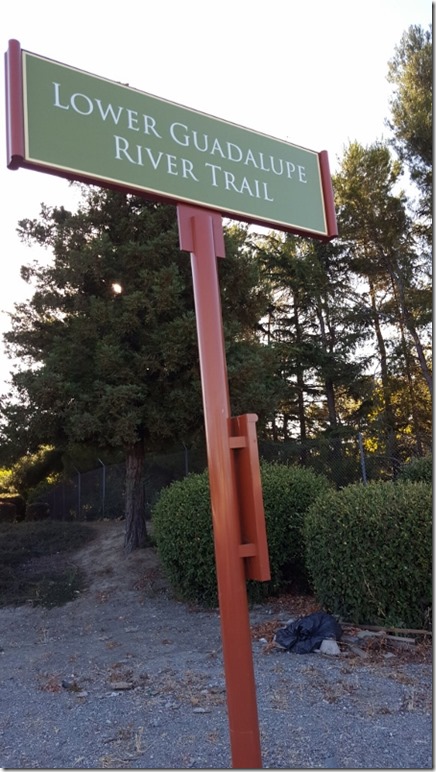 I confirmed with one of the valet guys at the hotel that this was a good place to run and it went on for a few miles. Check and check.

Tip: Check with the hotel concierge or front desk if you have questions on routes, safety, tips or landmarks.

I got up early and ready to run somewhere new! 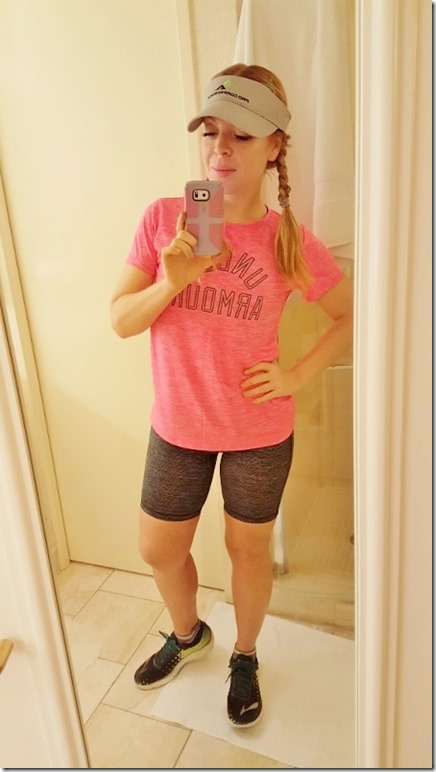 It was cool and quiet out when I started running. The entrance to the running path was less than a half mile from the Fairmont hotel. There were a good number of homeless people living under the freeway overpass right there, but I didn’t think there was a safety issue. Hey, if I was homeless I would totally live here too (or somewhere similar in California).

Tip: Note where you start running on a path since a lot of it will look the same. I took a picture of these random shoes so I’d remember to take that exit when I saw them again. 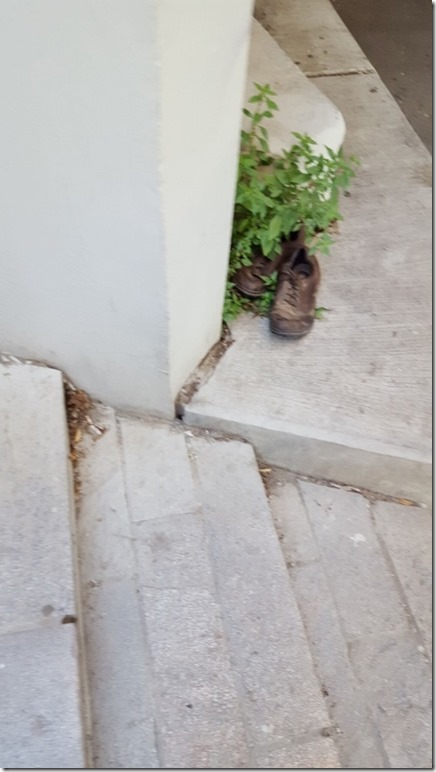 Related tip: Don’t take a picture of a cat for this purpose as they don’t usually stay in the same place waiting for you to come back.

I set out to the right and went out about a mile before the trail seemed to end on that side of the riverbed and I had to cross the street. I took another picture of the landmark in that area – electrical stuff? 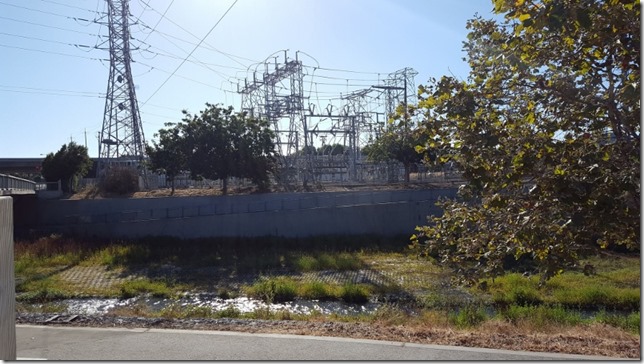 Unfortunately the path in this direction ended up being closed so I had to turn around and go in the other direction. 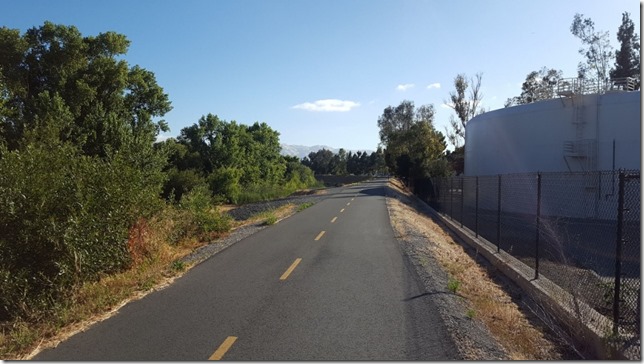 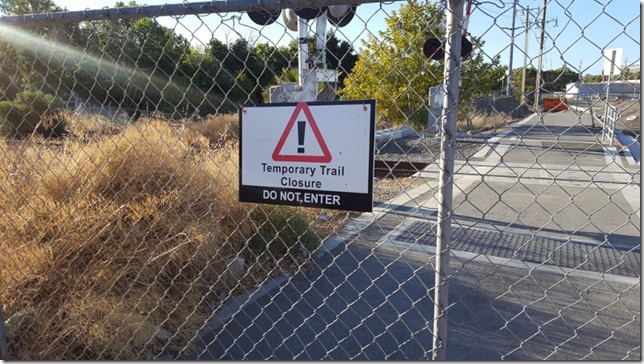 Luckily the Guadalupe Trail went for miles and miles and miles in the other direction. I ran to the airport and kept going until I got to 5 miles out and turned around just as I saw this elephant! 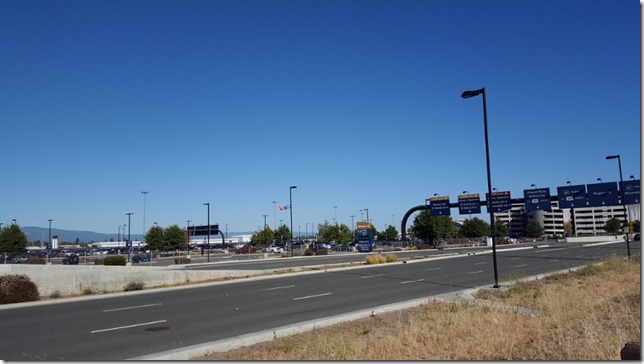 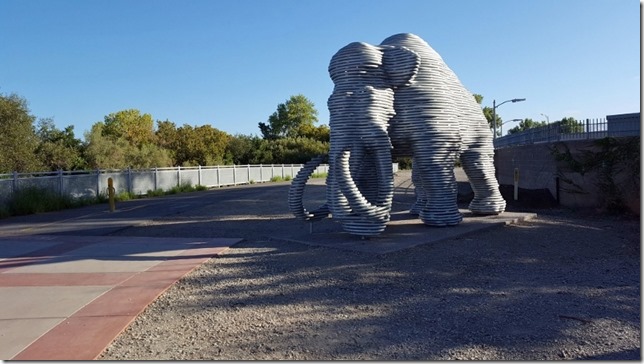 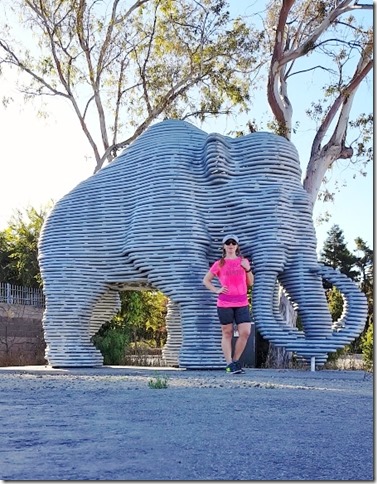 The route: It went for miles and miles (once I was going the right direction).

It was pretty flat and easy to follow. There weren’t a lot of other runners on the trail, which I was surprised about given it was a Sunday morning. Toward the end of my run I saw a handful of walkers and runners and a few cyclists.

There were signs for restrooms and I saw a few water fountains too. 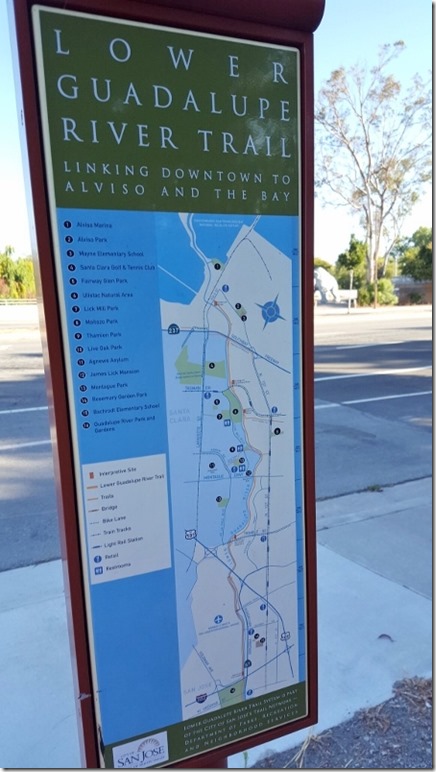 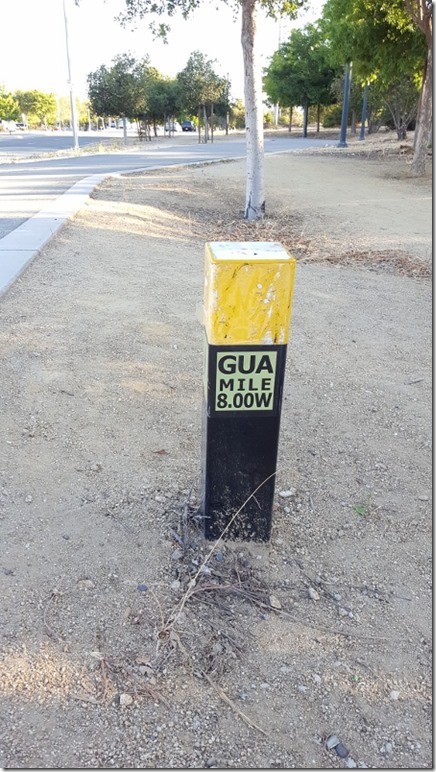 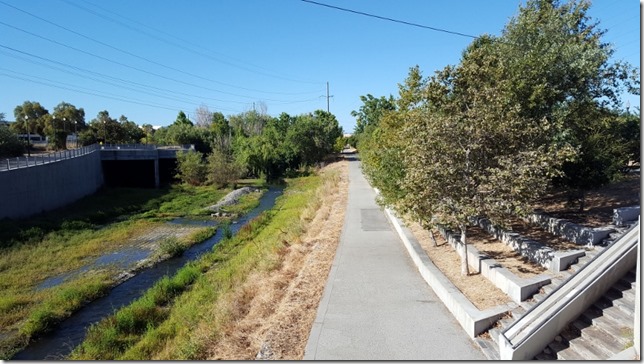 I ended up doing 10 miles. I kept a pretty good pace considering I didn’t listen to music or a podcast for the first 8 miles since I wanted to pay attention to the route. 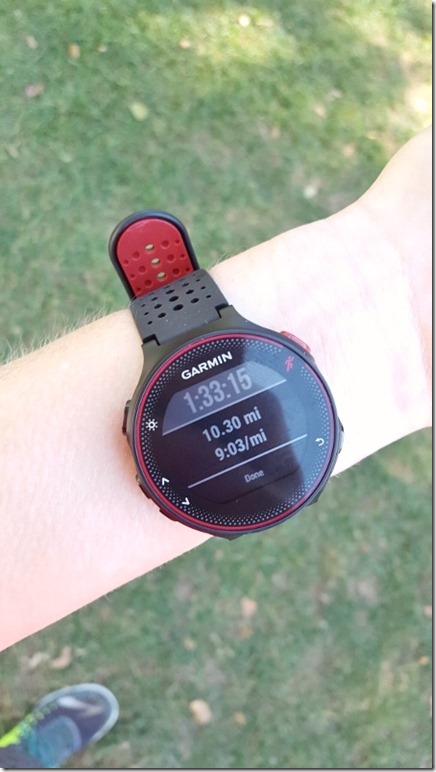 Final thoughts: I give it four runs up! I’d recommend this route to other visitors / runners to San Jose. 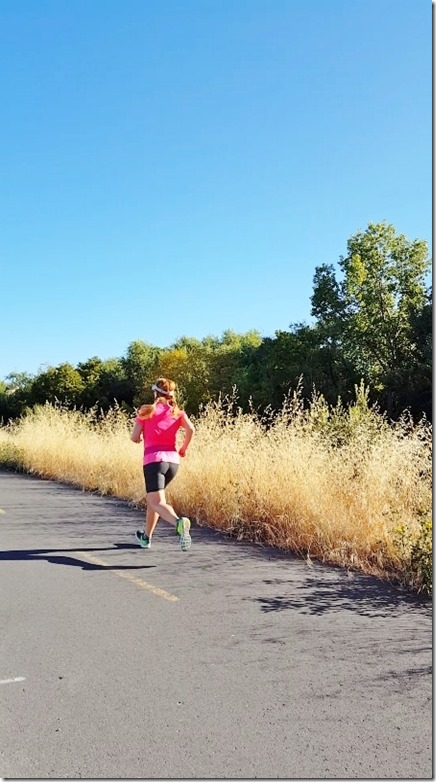 Post-run eat – I had breakfast at the hotel. I got it ‘to-go’ and ate back up in the room since I didn’t want to torture everyone with sitting by me after a run. 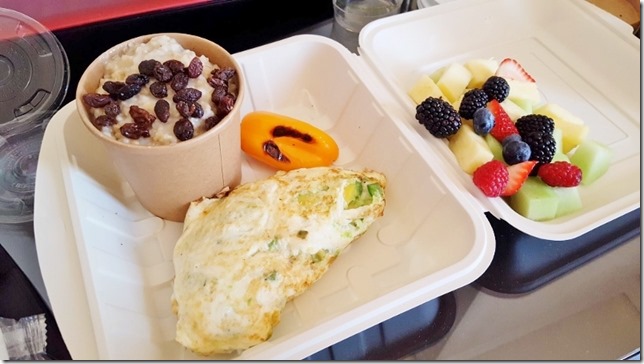 Have you run here?

Have other running route suggestions in San Jose?

Disclaimer: Please speak with a medical professional before making any changes to your diet or exercise. I am not a doctor or registered dietitian. The views expressed are based on my own experiences, and should not be taken as medical, nutrition or training advice. Please note that affiliate links and sponsored posts may pop up from time to time. I truly appreciate your support. END_OF_DOCUMENT_TOKEN_TO_BE_REPLACED