I know better than to go to Trader Joe’s and buy things I don’t need, but I did it again today after work. I walked out with this bag that somehow was half empty by the time I got home. Damn it Joe, not cool. 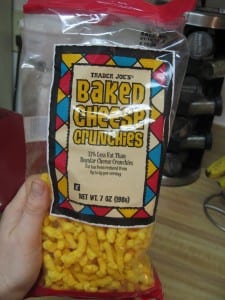 Before I left work I had a yogurt, cheese stick (not string cheese because you can’t string it) and a piece of Ez bread. My focus on more protein rich snacks is doing well at keeping me full until dinner, but I don’t enjoy it as much. Hmmm. I’m not sure what I’m going to do with that yet. 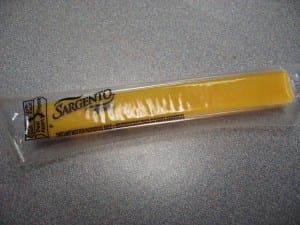 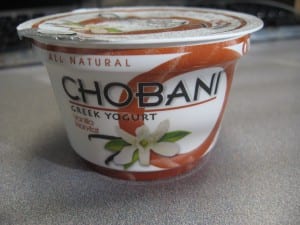 I made quesadillas for dinner. This was mostly because I had guacamole and wanted an excuse to eat it on chips and a quesadilla. It is stuffed with mushrooms, beans, onions and of course cheese. 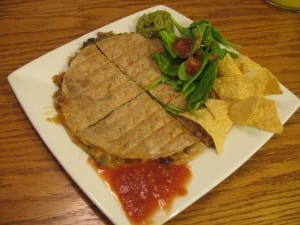 Then, Ben busted out the TJ’s pb cups. Which he opened after “not hearing me” tell him they were for the 1001st post contest winner. Damn that Ben. I ate them. 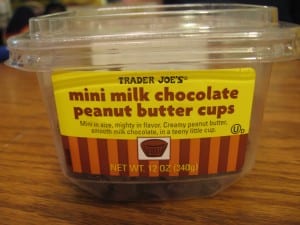 Now I am staring in awe at how massively HUGE my hands are. I am a beast. 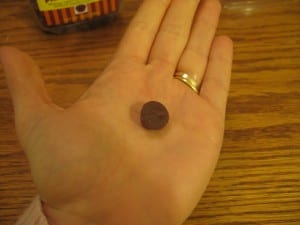 I need to start doing yoga or taking a walk after work. Yeah, I think that’s a better option than eating cheese curls by the fist full (which is super out of character for me, I usually stick with cereal and ice cream). Busted.

Brussel Fail – The other day I froze some uncooked brussel sprouts to roast later. After they thawed I realized they were super watery and gross. I tried to cook them in the microwave and they were disgusting 🙁 This was devastating as brussel sprouts are my fave veggie this time of year. Boo.

Which brings me to Ben’s Random Comment of the Day:

Me: “Ugh! These brussel sprouts are disgusting. I have to throw them all away.”

Ben: “Yeah, did they taste like someone farted in your mouth? Because that’s what I thought they tasted like when I was a kid.”

I compiled a list of the BEST Running Songs of all

Do you run for time OR distance? @runeatrepeat

I compiled a list of the BEST Running Songs of all

Do you run for time OR distance? @runeatrepeat So

Disclaimer: I am not a doctor or registered dietitian. The views I express are mine alone, based on my own experiences, and should not be taken as medical advice. I am a certified running coach, but am sharing my own training – not providing a program for you. Please speak with a medical professional before making any changes to your diet or exercise. Affiliates: Please note that affiliate links and sponsored posts may pop up on RER from time to time. I greatly appreciate your support!  END_OF_DOCUMENT_TOKEN_TO_BE_REPLACED