I’ve been having bad dreams about cats fighting and breaking glass and it cutting me and all that jazz. It’s less than fantastic. The good news is I am up bright dark and early to run!

But early morning running is DARK. And scary. (Oddly, I’m scared of the dark but not of making a fool of myself on the internet. I should get my priorities straight.) 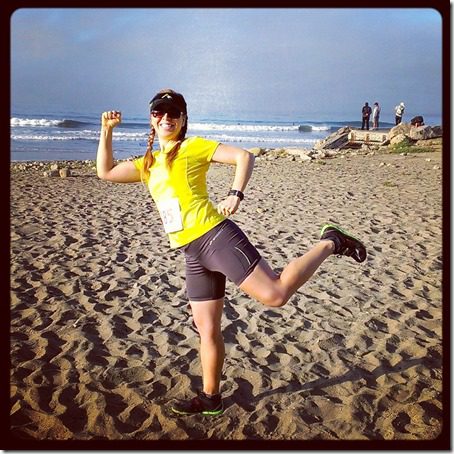 On Friday I ran before the sun was up and wore my headlamp. I got some questions on what headlamp I wear to run. This one is actually pretty fancy! I got it as a gift for Christmas and it’s waterproof so you can wear it while swimming or diving – isn’t that crazy?! 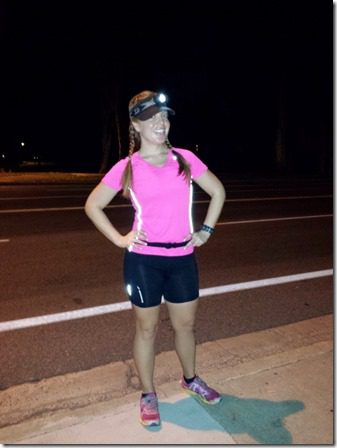 I LOVE that because I sweat like a beast so I don’t worry about my sweat breaking it. I have the UK Vizion LED Headlamp. I put it on over my visor and it doesn’t bounce at all! 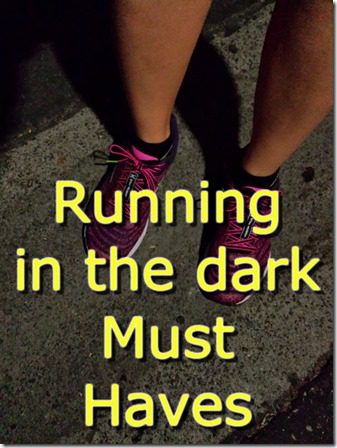 Running Gear Must Haves in the Dark:

Headlamp – the one I have right now is the UK Vizion LED Headlamp. It’s $33.31 which is totally worth it for safety purposes hello.

Bright Running Clothes – Dress like you want to be spotted by people in airplanes. Head to toe the brighter the better.

I like this Reflective Vest because it’s very minimal – just like wearing reflective tape in an X on your body. Like, Don’t hit this X!!!!!! Thanks.

If you want to feel like you’re at a rave instead of a run you can try these LED Light Up Gloves. They’re like 5 bucks so I doubt they’ll work for long, but it’s kinda awesome. Here’s a link on where to buy LED Tape if you need some. 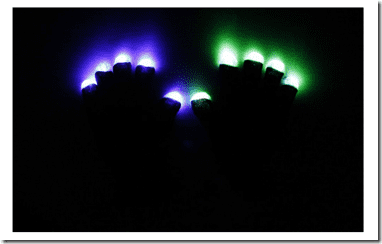 Planned route – Plan the safest running route possible. I usually prefer to run on bike/running paths but in the early morning they are super dark. So, I run around neighborhoods with street lights.

Also – make sure someone knows where you’re going and when you’ll be back. If you live alone text a friend or family member before and after your run.

Question: What time of day do you run? Early, mid-morning, lunch, afternoon??

Disclaimer: Please speak with a medical professional before making any changes to your diet or exercise. I am not a doctor or registered dietitian. The views expressed are based on my own experiences, and should not be taken as medical, nutrition or training advice. Please note that affiliate links and sponsored posts may pop up from time to time. I truly appreciate your support. END_OF_DOCUMENT_TOKEN_TO_BE_REPLACED