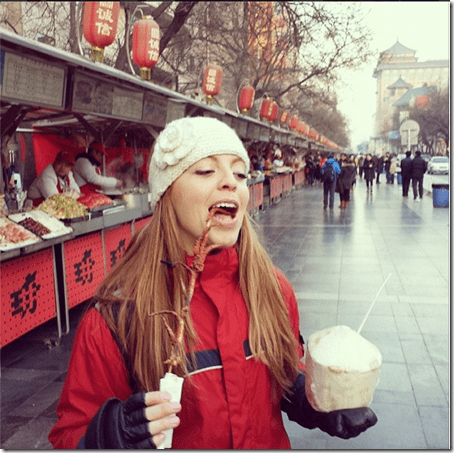 I read The China Study in 2009 (thanks to my time machine aka RunEatRepeat’s old posts, I can check things like that).

“In The China Study, Dr. T. Colin Campbell details the connection between nutrition and heart disease, diabetes, and cancer. The report also examines the source of nutritional confusion produced by powerful lobbies, government entities, and opportunistic scientists. The New York Times has recognized the study as the “Grand Prix of epidemiology” and the “most comprehensive large study ever undertaken of the relationship between diet and the risk of developing disease.”

Yes, the book is as dry as the description, but it’s also very interesting!

It goes on to reference the China diet in relation to heart disease, diabetes and cancer. That part is crazy! It’s so interesting to see how a plant based diet lowers the incidences of certain diseases.

So, I kind of assumed that the food in China would lean to the vegetarian side or at least be vegetarian friendly. 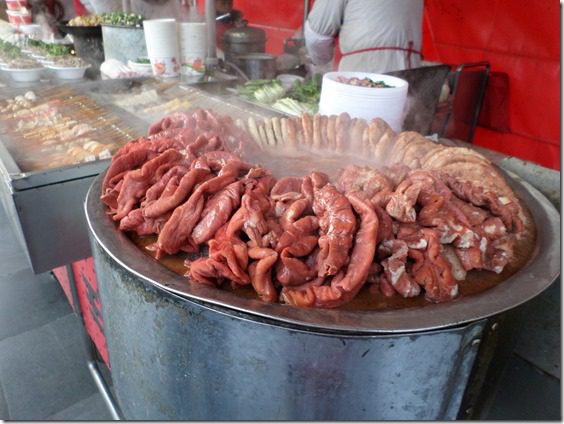 Right now in my life I am not vegetarian, but I was for years and still appreciate a good veg meal. I’m not a big meat eater and really only like chicken and not mammal meat. <- I think some people call that red meat or pork, I don’t know I’m not a meatologist. 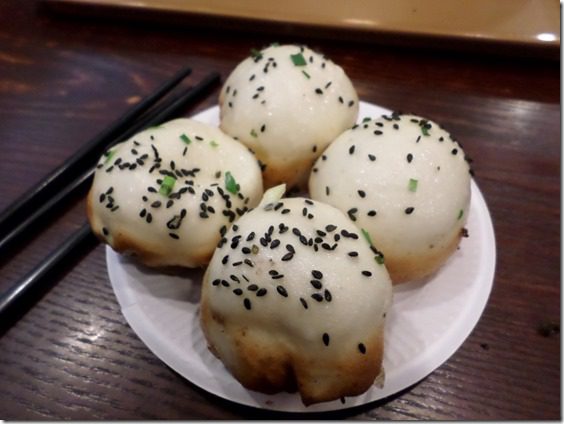 All the lunch and dinner meals on the trip were served ‘family style’, meaning about eight of us would sit at a table with a lazy Susan and the waiter would bring out several dishes for everyone to share. We didn’t order, so our tour guide would point out the vegetarians to the waiter and they would let them know if something did NOT have meat. 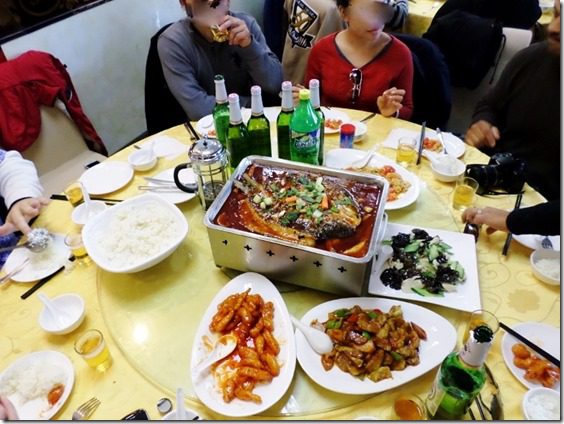 There were usually about 8 dishes at each meal plus rice. 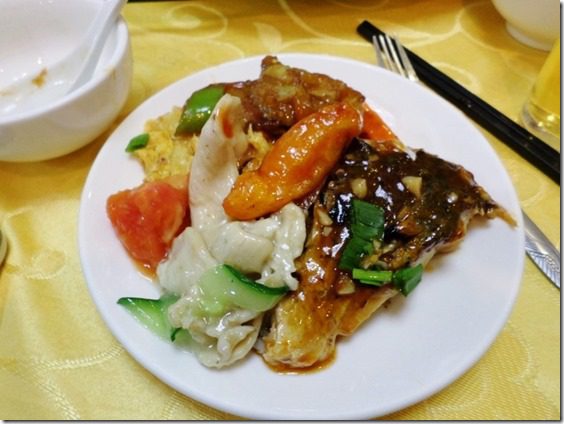 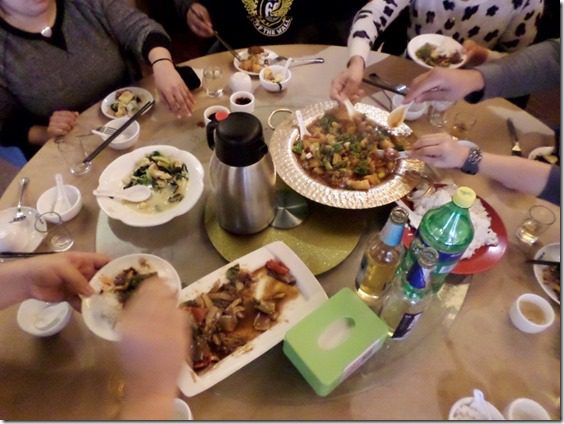 Surprisingly there were only one or two dishes out of the eight that were vegetarian. Usually they were the plain Chinese kale or broccoli dishes, but they were pretty oily (the cooks most likely used oil to make up for the lack of protein to flavor). One of the vegetarians in our group said, “It is hard to be vegetarian and be healthy on this trip!” 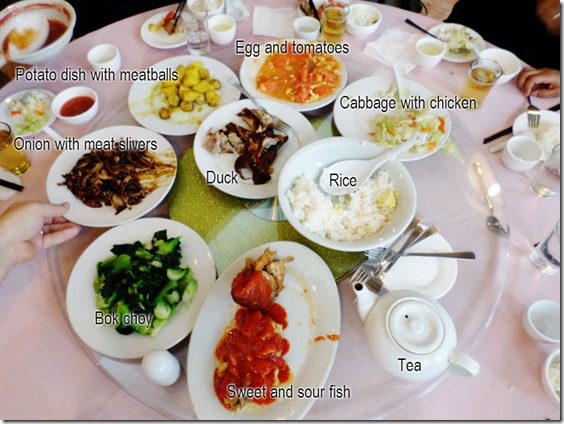 This was one of the only non-green vegetarian dishes, an eggplant dish. It was delicious! But, not common with our meals. 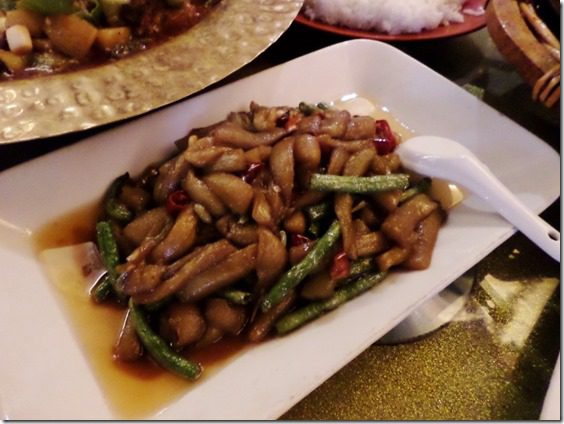 One of the few dinners we had without the group I ordered a vegetable side dish and surprise surprise it came with a little bit of meat on top (the menu did not say it had meat). I didn’t mind it, but I’m not vegetarian. Something I noticed was there wasn’t A LOT of meat in most dishes, it was for accent or flavor but it was there. 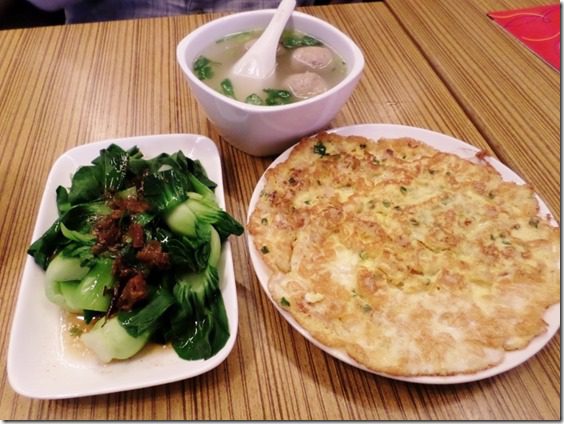 I don’t like pork or red meat all too much and would usually order chicken or fish if I was at a restaurant (not for health reasons, just my taste). I think maybe there was one or two meals with chicken, but it was mostly duck and the fish was always fried except the one place that was “BBQ fish”. 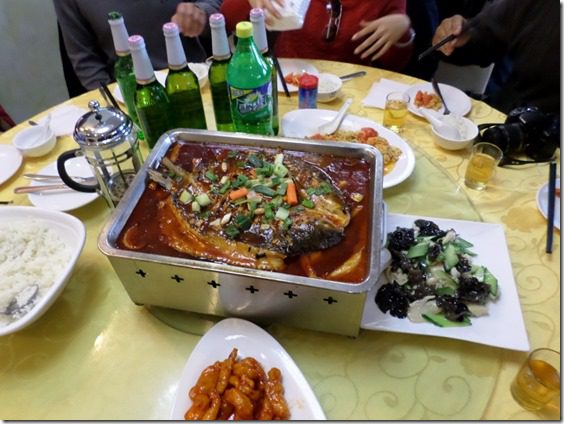 I loved the eggs and tomatoes dish the best. It was served at 80% of our meals and I proceeded to eat 80% of it.

The cabbage dish below was just ‘stir-fry vegetables’ on the menu, but came with one random bite of chicken. 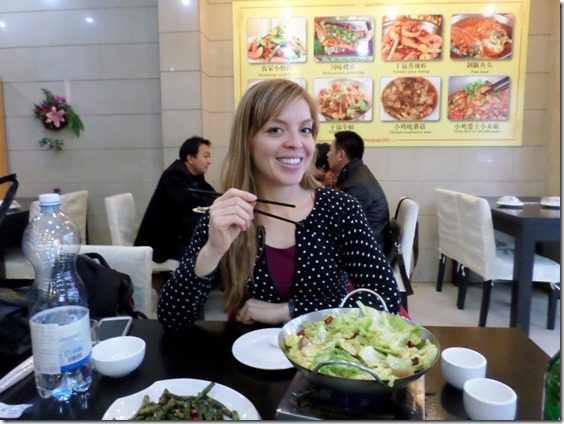 I was happy that the second night we had a solo dinner there was an egg appetizer that I ordered for some protein action. (This was also the meal with the moving vegetables!!! So, it was a great night all around)

*Someone asked if I think gluten-free would be do-able in China. Hey, everything is do-able but it would be very difficult if you had a severe allergy because of the soy sauce (that has gluten in it). There are not a lot of wheat products at meals (never bread or baked goods) but I’m sure the sauces probably have wheat in them.

In other, less-than-healthy-food-news… at one point on the drive from Hangzhou to Shanghai we stopped at a rest stop with a McDonald’s and I had to check it out. I mean, c’mon – What does McDonald’s in China have?!?! 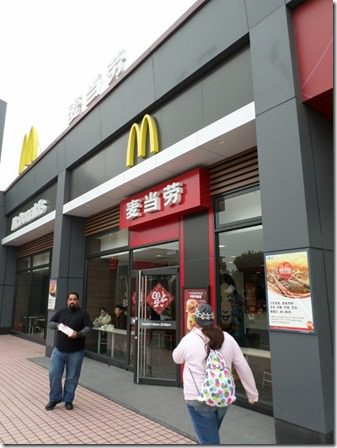 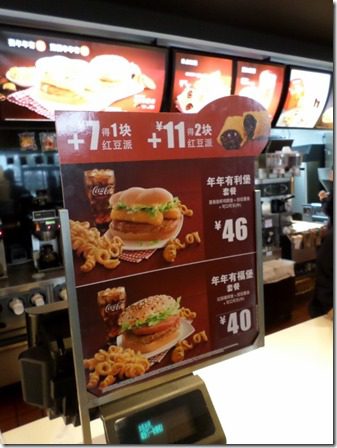 Really it’s just chicken sandwiches with fish-sticks and regular french fries, nothing super I-have-to-tell-everyone-about-the-Orange-ChickenMcNugget-Rice-Bowls! But, the did have Taro Pies instead of Apple Pie and I tried one of those. 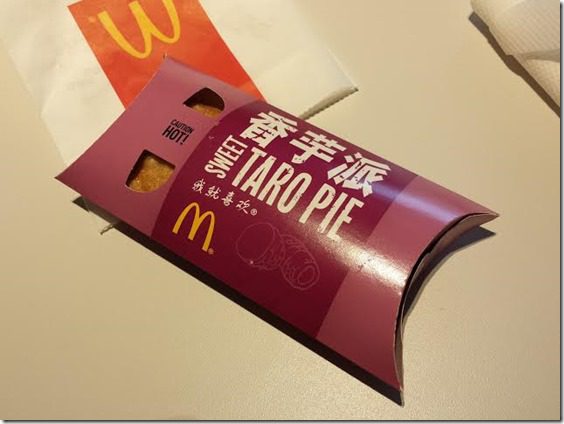 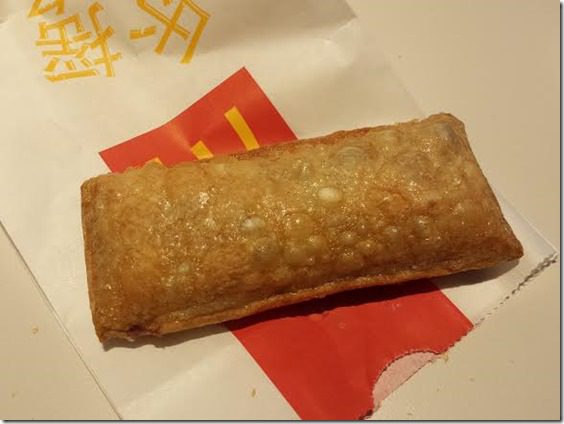 Yeah, not good. Time and time again I tried the sweets in China and was disappointed. They are not nearly as sweet as in the US, very bland (to me). 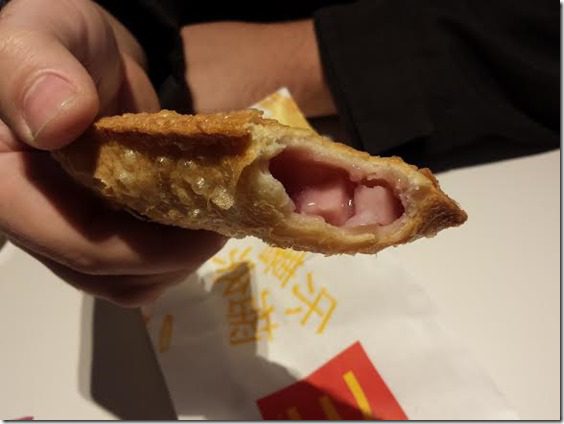 Overall: I LOVED the meals, just not the desserts. I’m not a big meat eater, but I wasn’t trying to avoid the meat so it was perfect for me. I miss China’s food.

Breakfast, Lunch and Dinner in Beijing

Question: Would you peek in McDonald’s in another country to see what they sell?

Disclaimer: Please speak with a medical professional before making any changes to your diet or exercise. I am not a doctor or registered dietitian. The views expressed are based on my own experiences, and should not be taken as medical, nutrition or training advice. Please note that affiliate links and sponsored posts may pop up from time to time. I truly appreciate your support. END_OF_DOCUMENT_TOKEN_TO_BE_REPLACED