You know the phrase – “Feed a cold, starve a fever”?

Well, my throat hurts so I don’t fall under either of those categories. But I do know that I NEVER starve a Monica. It’s just not right.

Anyways, we left off with me hanging out at my mom’s. I didn’t post again last night because I was tired and still feeling ‘off’.  Even though I wasn’t hungry, I stole a bunch of my brother’s fries. 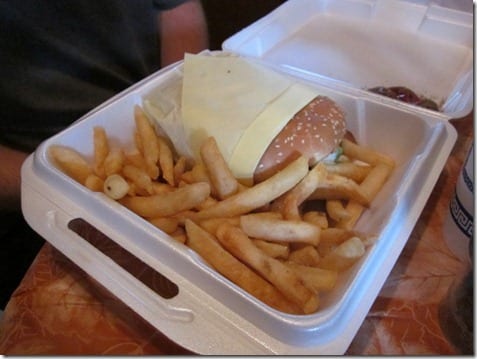 Oddly, I am always hungry for watermelon. I ate this while visiting my Grams. 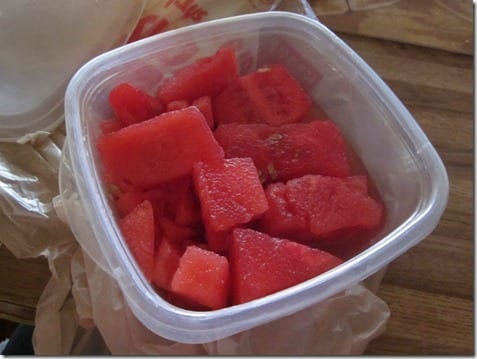 I brought her a package of cookies, but she insisted I have one too. Grandmas are like that. 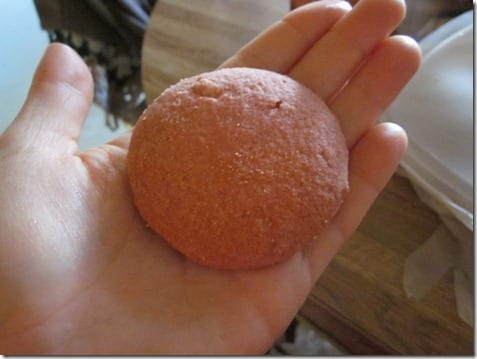 When my mom got out of work she took pity on my sad marathon training feet and treated me to pedicure. Thanks Mom! 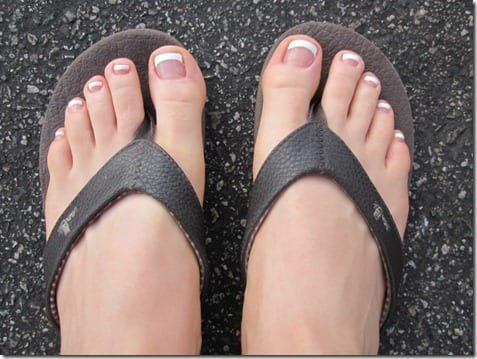 Then, I hung out for a while before heading home. Since I’m still feeling sick I stopped at WF for a juice, but it looked like the juice bar was closing up shop. I grabbed some food instead. 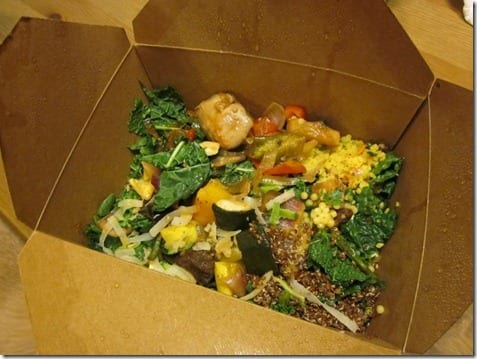 I relaxed on the couch for a bit before going to sleep. I was hoping to wake up feeling great this morning, but that didn’t happen.

Instead I woke up before 6am and my scratchy throat was still angry. 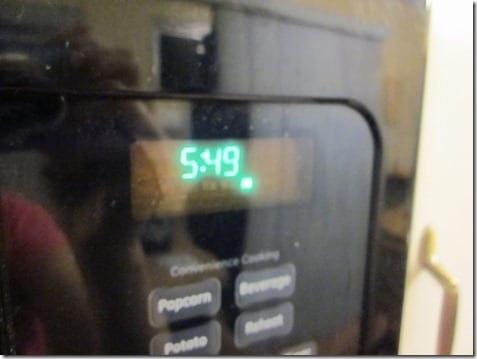 But, I don’t have chest congestion and am 1 week away from my marathon so I didn’t want to skip my last weekend run! I fueled up with a cinnamon raisin bagel. 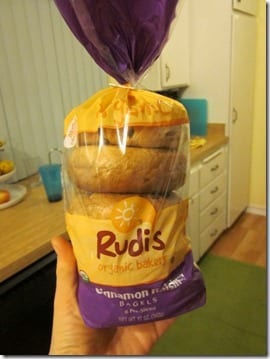 These bagels are so much more bagel-y than bagel thins, but only have 20 more calories. 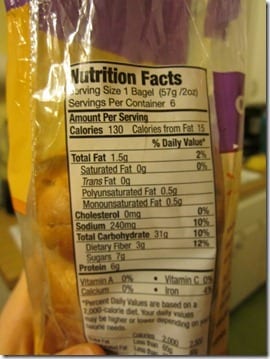 Served up with peanut butter and banana! Note the peanut butter dripping off the sides of the bagel. I may save a few calories on the bagel, but I lather on the toppings with blatant disregard for calories. Priorities. 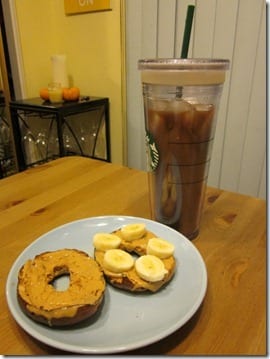 Since it’s my last run and I missed my practice race last weekend I decided to drive out to Long Beach to get a feel for the weather I can expect next week. The picture makes it look a lot darker than it was. The sun was happy to be out! 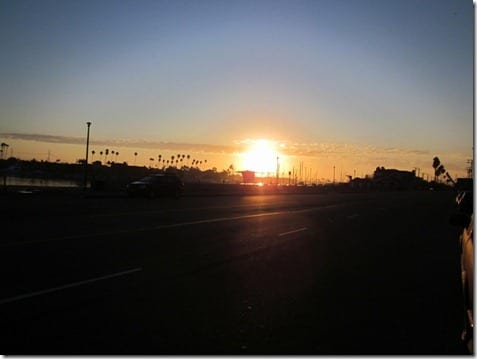 Get ready to run! 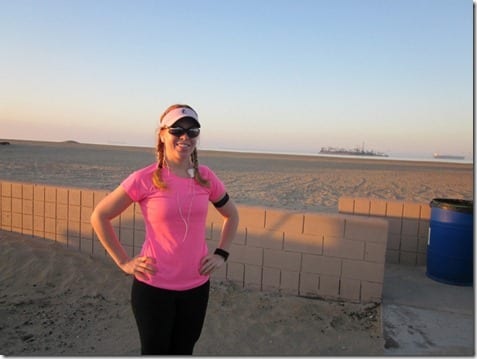 It was about 70 degrees and there were tons on runners out! I hope it’s a little cooler next weekend. 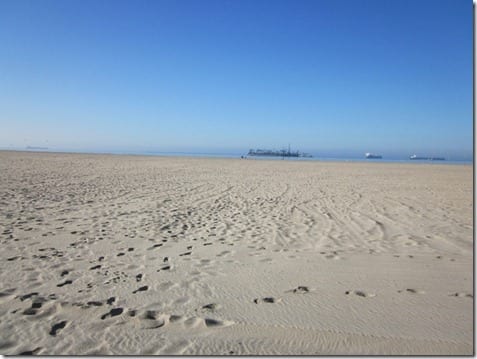 But, I just checked the weather and it looks like it will be the same today. Oh well, it is what it is… 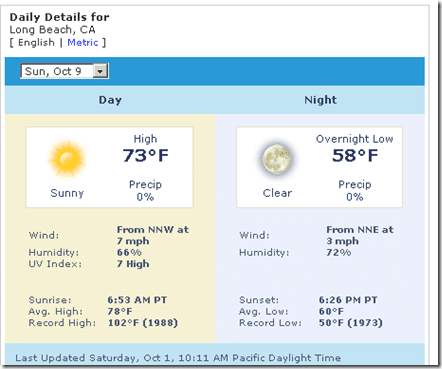 Today’s run was 8 miles. I kept my pace around goal pace and wished it felt a little easier 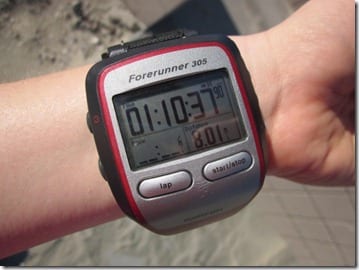 I finally got my juice on the way home. Hopefully, it acts as a magic potion and cures me. 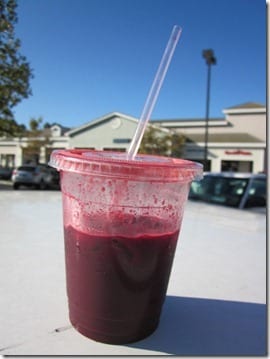 I paired my whole foods hot bar with a piece of buttered sourdough. Good bread doesn’t last long around here! 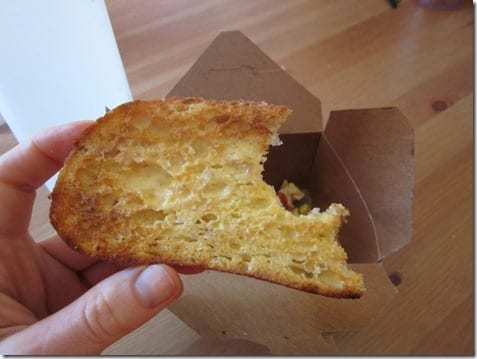 I need a nap! But, I’ll be back later to tell ya why October is going to be the craziest month of my life!!!

Disclaimer: Please speak with a medical professional before making any changes to your diet or exercise. I am not a doctor or registered dietitian. The views expressed are based on my own experiences, and should not be taken as medical, nutrition or training advice. Please note that affiliate links and sponsored posts may pop up from time to time. I truly appreciate your support. END_OF_DOCUMENT_TOKEN_TO_BE_REPLACED