Hi! Today was fun because I had a little lunch date to get Thai food with a friend. The only slight bump in my day was that it started raining mid-morning, which made me have to change my first tennis lesson (!). I randomly bought a Groupon for a tennis racket and two lessons a few weeks ago. I have no idea why, but I’m rolling with it. 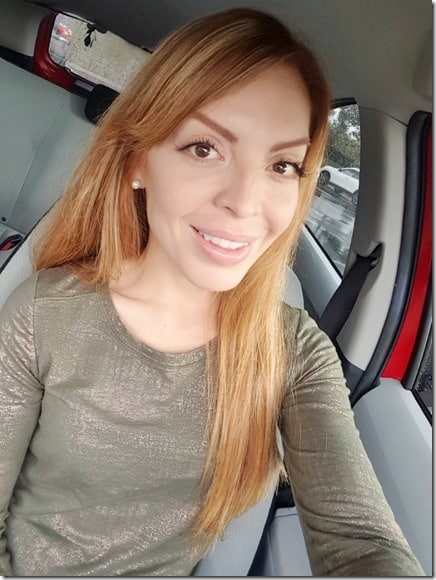 Thai food never disappoints! I think this is my second favorite kind of food. 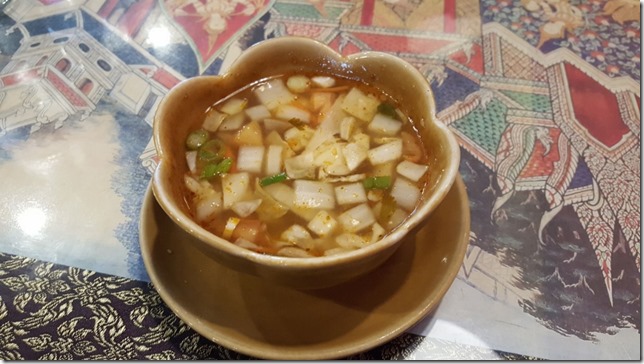 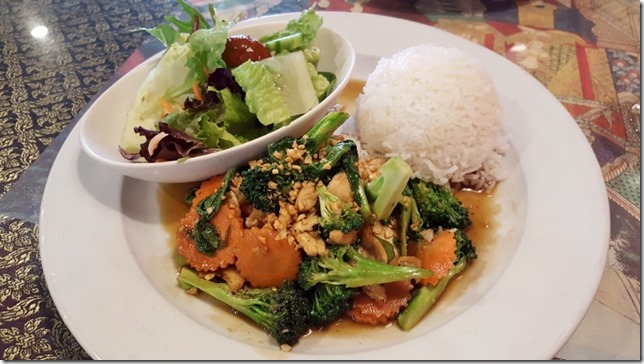 After lunch I ran some errands and hit up Costco to pick up a photo order. I made a lil gift for someone!

I also enjoyed a sample of a freshly made brownie. This was perfect. 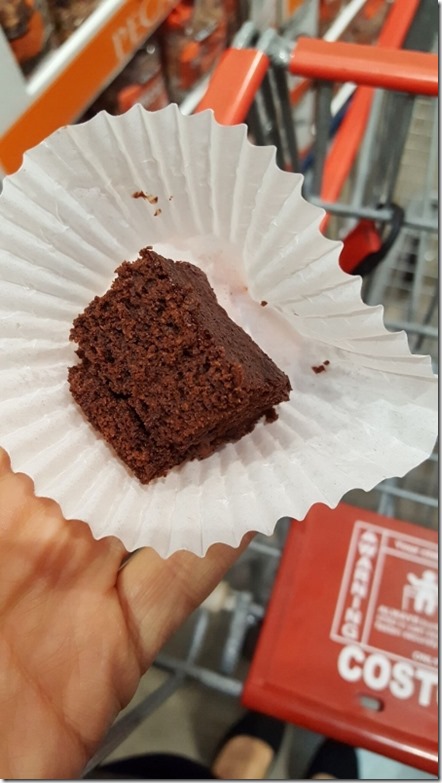 But I touched my mouth and realized I had chocolate on my face. I eat enthusiastically!!

So, I checked it with my selfie cam. I can’t decide if this is better or worse than using a mirror, but I didn’t have one. 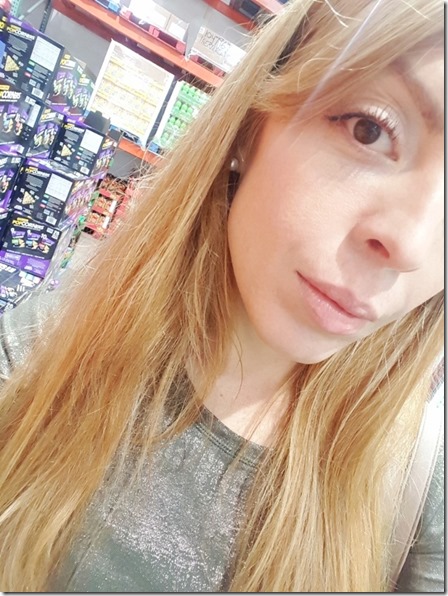 I am going to bake some goodies tomorrow and had one more ingredient to buy… chocolate chips.

I needed the mini-chips but there was only one bag of the Toll House mini-morsels left at the store. So, I got one of that kind and one Ghirardelli. 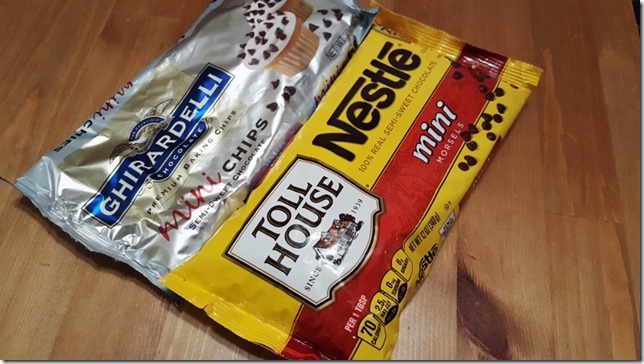 So, I did a little taste test to see if the Ghirardelli was worth the extra cost.

Both were good and creamy. The Toll House seemed to melt easier and were creamier. I don’t know if they’ll bake the same, but the TH was better than or equal to the Ghirardelli chocolate chips.

Verdict: Nope. Not worth the extra price. 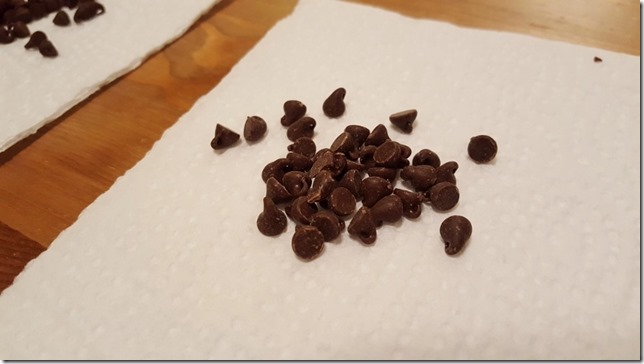 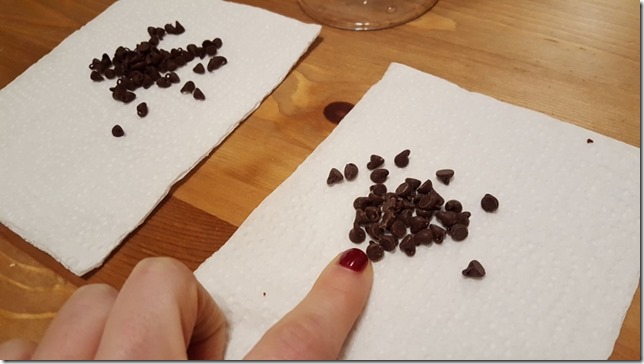 I also got a free packet of Chex mix seasoning. It was right along with the Chex cereal. Boom. Now I might have to make this soon. After baking though, because if I put that off any longer I’m going to eat all the chocolate chips… 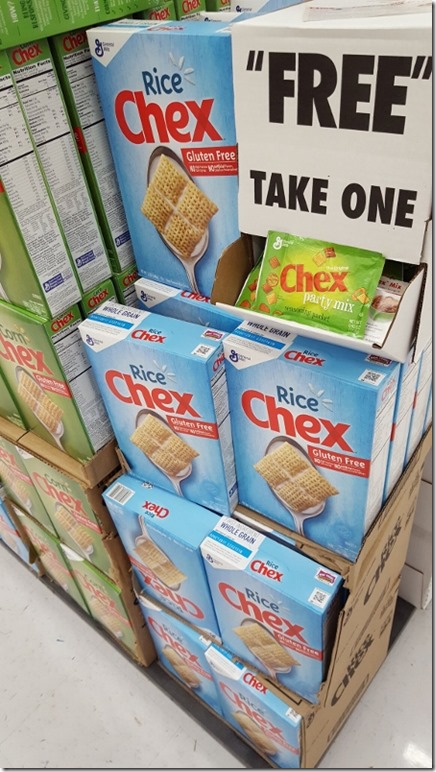 So, you say “It’s just like riding a bike” when you’re trying to say you’ll never forget how to do something, right?

Well, what else is ‘just like riding  a bike’? I’m asking because I kind of want one of those automatic wine opener things.

But I’m also worried about forgetting how to open a bottle of wine.

It’s not that big of a deal – until you do it wrong and break half the cork off in the bottle and then try to carefully break the top off of the wine bottle and fail and now have a mess and now wine. Allegedly. 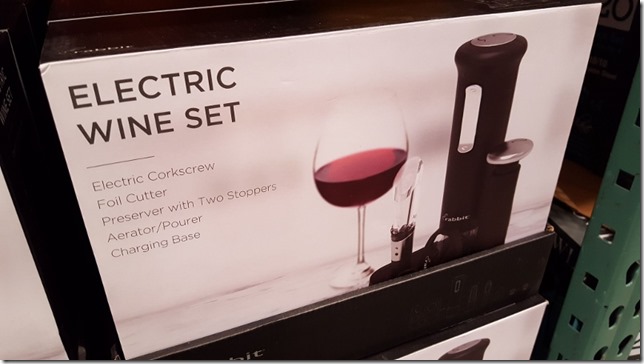 Previous Post: « The Best Advice I Can Give You (About Hummus)
Next Post: Why You Should NOT Feel Guilty About Eating All the Holiday Treats »

Disclaimer: Please speak with a medical professional before making any changes to your diet or exercise. I am not a doctor or registered dietitian. The views expressed are based on my own experiences, and should not be taken as medical, nutrition or training advice. Please note that affiliate links and sponsored posts may pop up from time to time. I truly appreciate your support. END_OF_DOCUMENT_TOKEN_TO_BE_REPLACED