I can’t even call this an Everything-But-The-Kitchen-Sink Salad because I’m pretty sure that ended up in here somewhere under the lettuce too! 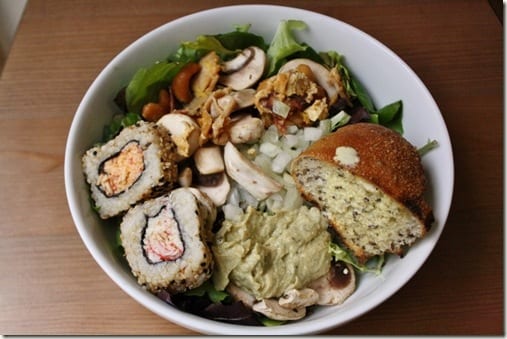 I picked up some brown rice sushi from Trader Joes because I was shopping hungry and decided that would make a good salad topping. Well, that or I was too lazy to dirty another plate? You decide. 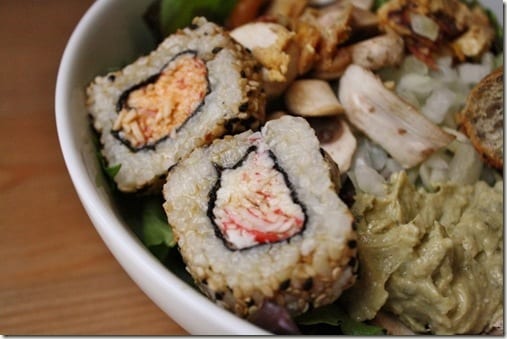 Recently I was thinking about how I always ATTACK the bread bowl at restaurants and parties. I think part of it is because I don’t have good bread at home. 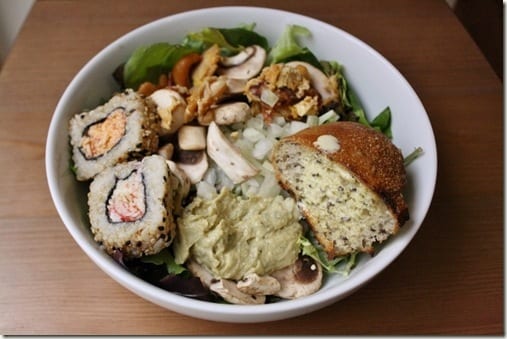 This is seeded flax ciabatta. It’s amazing. Life is too short to eat bad bread. 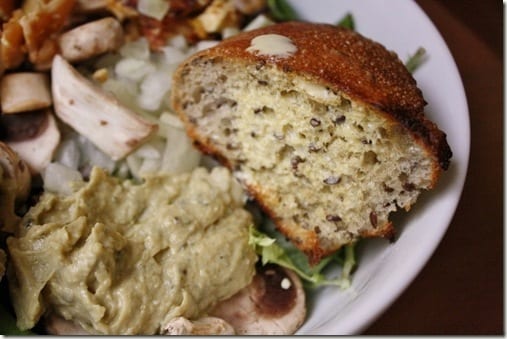 I also topped my salad with some of Ben’s random egg and turkey stir-fry. Oh, and he put a ton of cashews in it. He is not exactly winning Top Chef next season, but it was good. 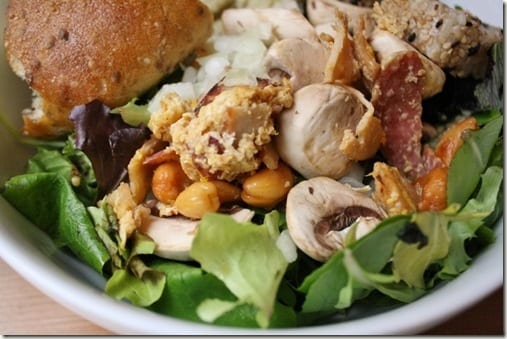 Despite my bucket of sushi filled salad, I was hungry an hour later. I wanted a killer snack. 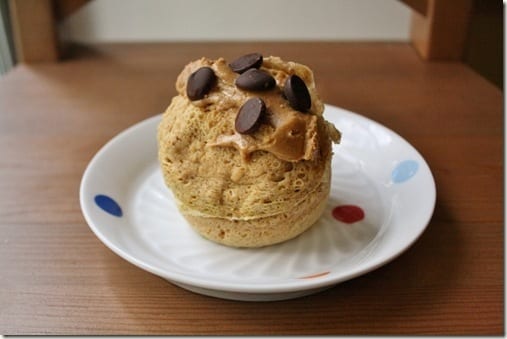 I made up a Killer Protein Cake recipe because I was too lazy to look up my past one.

Killer Cake in a mug Recipe 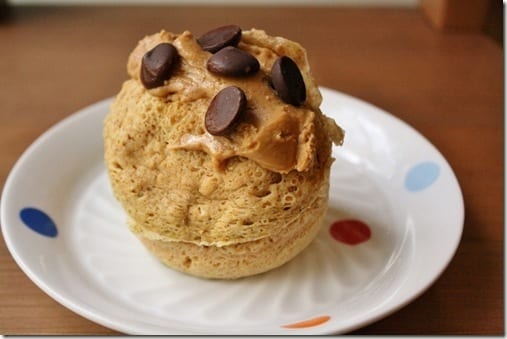 In a sprayed coffee mug:

packet Stevia (or sweetener of your choice)

Stir and microwave for 1 1/2 minutes or until firm. Gently slide out of mug.

I flipped it on a plate and spread it with a PB and chocolate chip “frosting”. 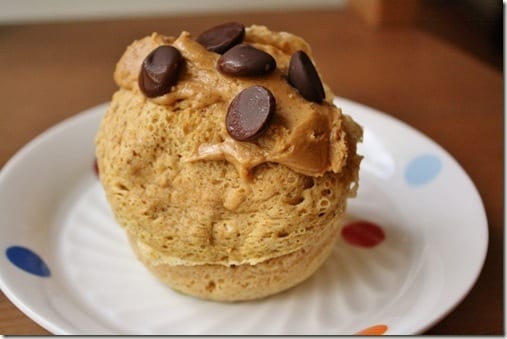 Hope you’re having a good day!

Disclaimer: Please speak with a medical professional before making any changes to your diet or exercise. I am not a doctor or registered dietitian. The views expressed are based on my own experiences, and should not be taken as medical, nutrition or training advice. Please note that affiliate links and sponsored posts may pop up from time to time. I truly appreciate your support. END_OF_DOCUMENT_TOKEN_TO_BE_REPLACED