Hello! I ran the Long Beach Marathon yesterday. It went okay and I’m up at 5am not sore at all the next day – so I’ll take it. Did you run this weekend? How’d it go?

I haven’t run a full marathon since the Jerusalem Marathon way back in March so I thought I forgot the drill. I planned on using the LB Marathon as a training run for Revel and other races I have coming up through the end of the year. Since it’s been so long (relative to what I normally run) since I’d done a full 26.2 miles I wasn’t sure where my body was fitness-wise.

The problem with running a full marathon as a training run:

– It can be discouraging if you have a hard/bad race

I tried to keep all these things in mind, but it still got in my head a little bit that my legs were just so tired toward the end.

The night before the race I laid out all my ‘running must haves’: 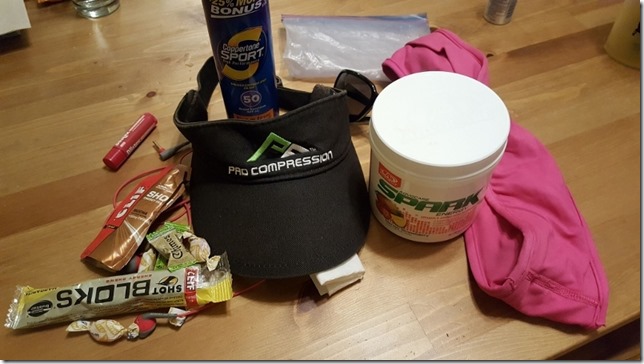 Instead of laying there trying to sleep another 5 minutes I got up and ready to go. 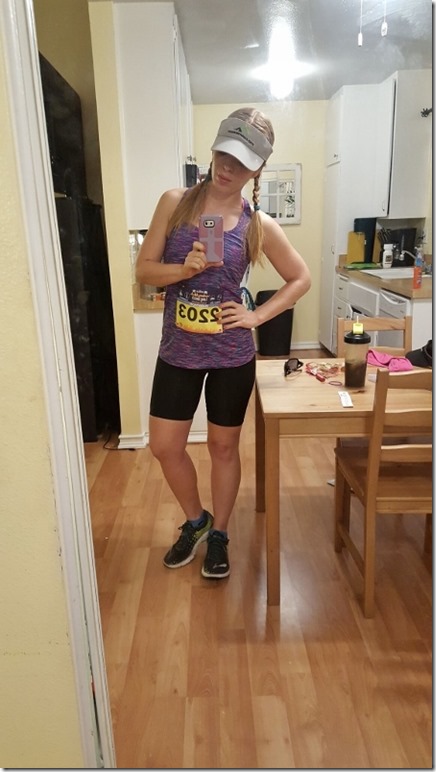 I’ve run the Long Beach Marathon several times before, but this was my first time driving solo and dealing with parking. I was nervous because in the past I’ve been dropped off near the start and ended up frantically hitting up the restrooms and rushing to the start line because I was late!

The year before last I carpooled with StuftMama and that was great. I like when someone else is in charge of logistics because I’m bad at that game. (Semi-related: I was having a hard time in life around then and if not for the fact that I knew she was picking me up I probably would have bailed on the race. I randomly thought about that this weekend and let her know I appreciated it. She was just being a friend and didn’t realize how much that helped me.) *Here is the recap for Long Beach that year.

I did it! I drove, parked and got to the porta potties with plenty of time to spare! Boom.

Since the full marathon started at 6am and the half didn’t start until 7:30am the porta lines were short and it wasn’t super crowded at the starting line. 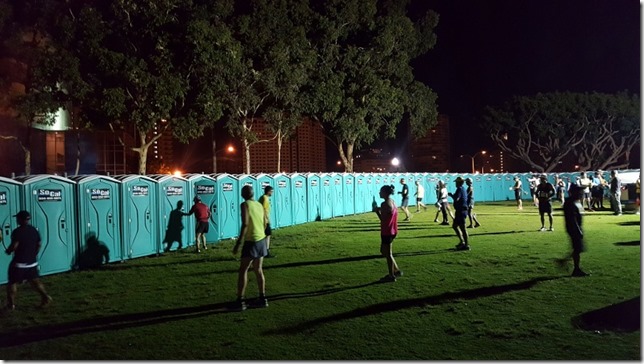 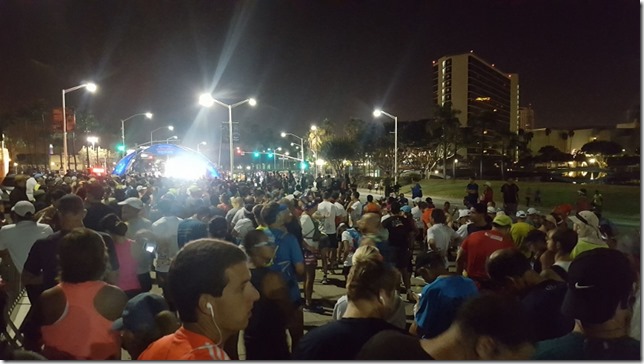 Long Beach also offers a Bike Tour option where you can bike 26.2 miles.

Fun fact: I did the bike race in college with my bf at the time. It was my first race!! I tried to grab a gel from a volunteer at one point and failed miserably. I’m not good at cycling. 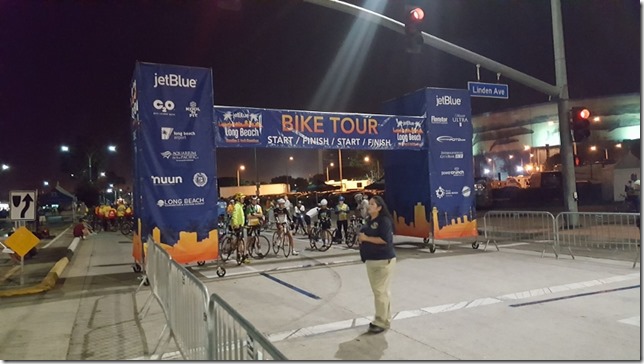 The race: The Long Beach course is fairly flat according to their elevation chart. There are 2 overpasses early in the race (I think before mile 4) and then it’s pretty flat from 5 to around 14. But the hills that are on the course are at crappy times when I’m fading already. Around Cal State Long Beach I’m tired and there is a good steady climb leaving the school for a while. This wrecks me every single time. But I love Long Beach so I keep coming back to run it!

Not So Fun Fact: SR knows this and teases me for doing LB when it wrecks me. And I met a reader at the starting line and randomly told them this race kills me but I keep coming back. <- not positive mindset to have before the race. I’ve been working on my ‘head game’ with running and this was the complete opposite of that. Fail Monican!

I felt okay the first half of the race. I didn’t feel great and tried to keep my pace slow because I knew I wasn’t in 100% shape for a full. And my stomach was a little off so I tried to manage that. I ran strong until about mile 18 and then started walking through the aid stations and a few of the big hills. Oh, and I stopped and went to the restroom. Now that I was so close to a sub-4 hour I think I should have skipped that! Darn.

I am proud that I ran the full and that I did run strong for most of it. It was hard the entire time between mile 21 and 26, but that’s where I am with my training right now so that makes sense. I did think I was in better shape, but that’s the point of using this race as training – to get a real idea of where I am. 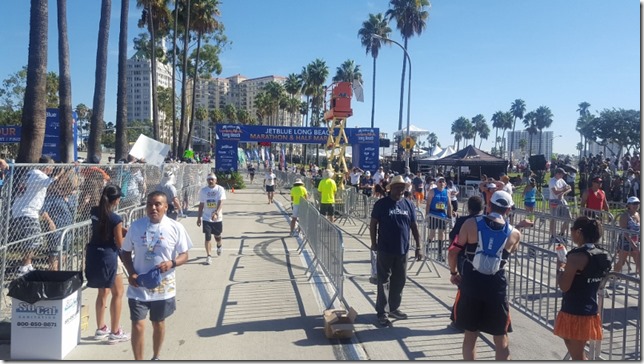 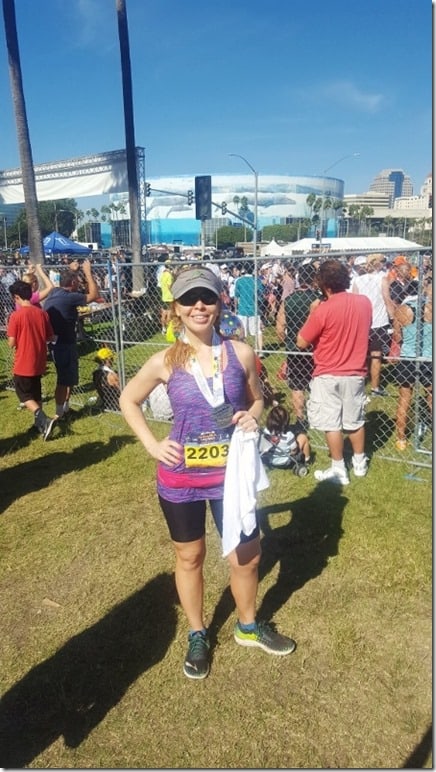 Saw this runner license plate on the way to my car – yes it is Runday! 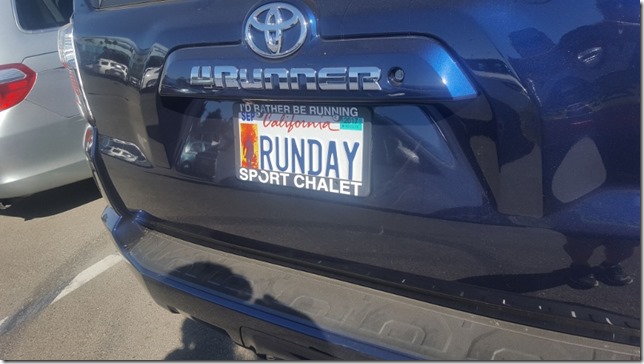 After the race I wobbled to my car and went to my parents’ house to use their pool as an ice bath. Since I had already gotten so much sun I stood in the water up to my waist covered in a towel and checked Instagram. 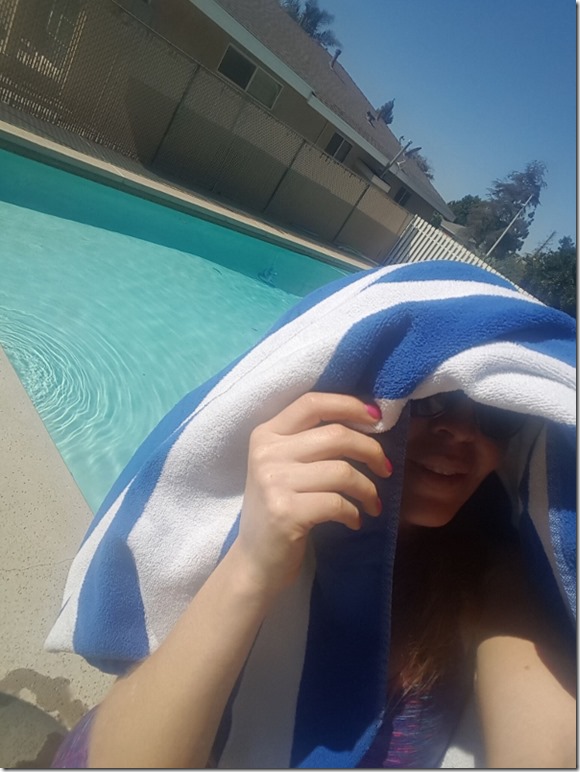 I got Chinese food and relaxed the rest of the day. There were a lot of other random eats that missed the camera. Overall it was a really delicious, low key Sunday. 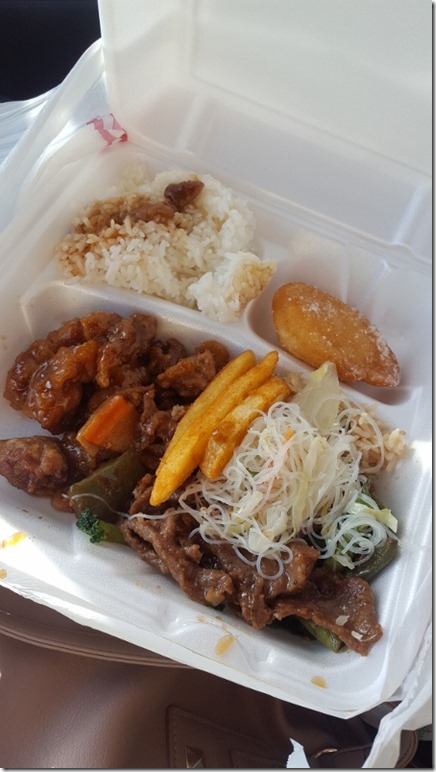 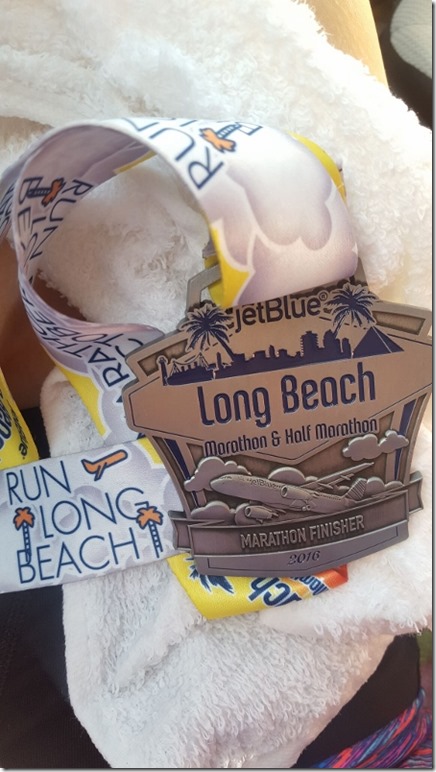 If you ran Long Beach Half /Full / 5K or Chicago Marathon or RnR Brooklyn or any other race this weekend – email me a link to your race recap or your Insta / Twitter results post and I’ll do a round up at the end of the week! If your Instagram is you can send me a pic to post instead.

Question: What was the BEST thing you did / ate / saw / said / heard this weekend?

Disclaimer: Please speak with a medical professional before making any changes to your diet or exercise. I am not a doctor or registered dietitian. The views expressed are based on my own experiences, and should not be taken as medical, nutrition or training advice. Please note that affiliate links and sponsored posts may pop up from time to time. I truly appreciate your support. END_OF_DOCUMENT_TOKEN_TO_BE_REPLACED