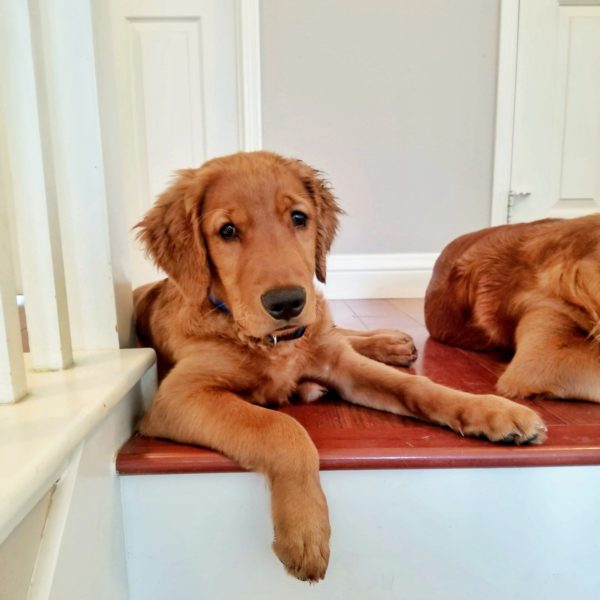 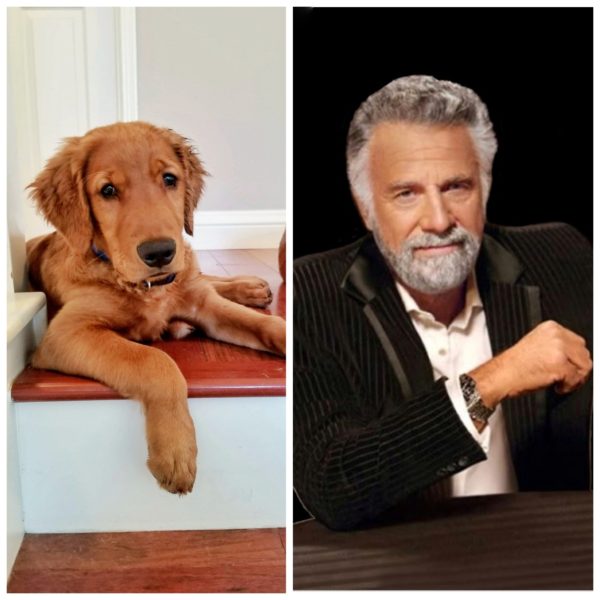 Salad season is alive and well!

And I found a new-to-me hot sauce that I can’t believe I’ve survived life without.

AND my new favorite salad, sandwich, eggs, everything topper sauce. 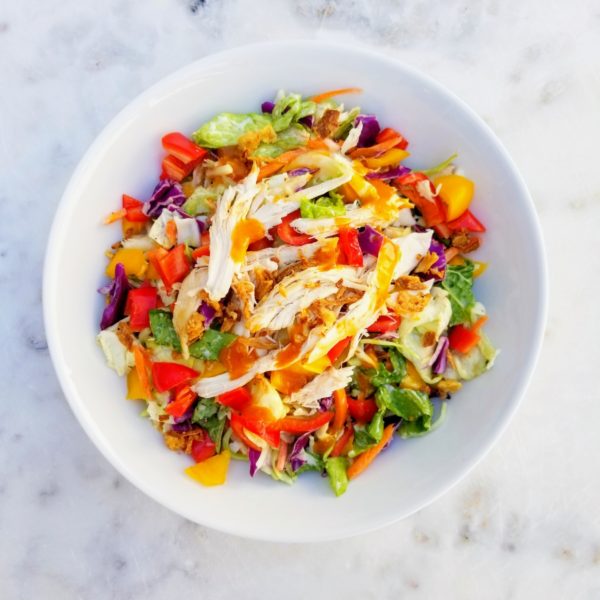 It’s Nando’s Peri-Peri Sauce – Garlic in medium heat. (I got it from my regular grocery store – not anything fancy.)

I don’t think it’s hot – I’d probably describe it as mild. It’s definitely not as hot as Sriracha.

It tastes like a tomato-vinegar based sauce with garlic and a lil bit of heat. I love it. It reminds me of a more flavorful buffalo wing sauce.

Have you tried it?

Have you tried other versions of it?? I want to go back to the store and try everything Nando has ever made. I want to meet Nando! I want Nando to be on the podcast so we can talk all things hot sauce!! Nando – please contact me! I love you.

Did I just make it weird?

Well, don’t act surprised and just try the sauce so Nando’s sales spike and he or she feels obligated to be on the show. 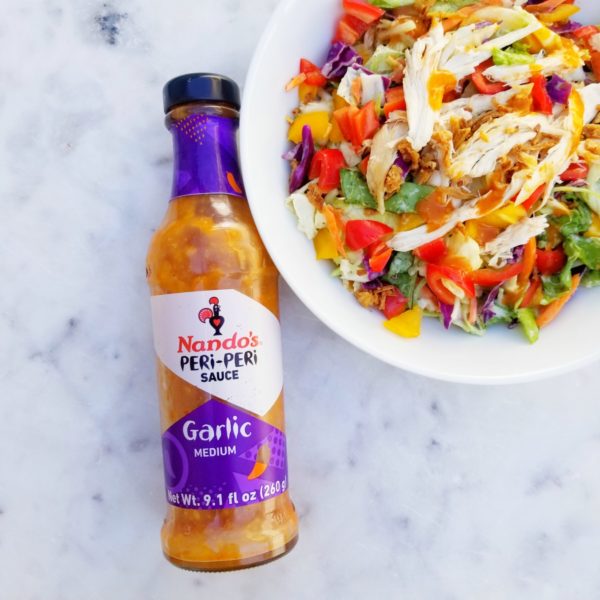 I know they have 4 other flavors / heat levels for sure! So I have to get my grubby big hands on them asap!!

I had 7 miles with strides on my training schedule. But… I haven’t been doing strides because where I end my runs isn’t stride-friendly. I can’t do them at the end of my run or really anywhere in the last mile. So I’ve been skipping them and was getting super frustrated with myself knowing I should have drove somewhere else to run.

But – I decided to make it work.

I stopped at a parking lot 1 mile from the end of my run and did the strides there. Boom.

It’s a lot for a park and usually pretty empty except for a few cars belonging to fellow runners and walkers. 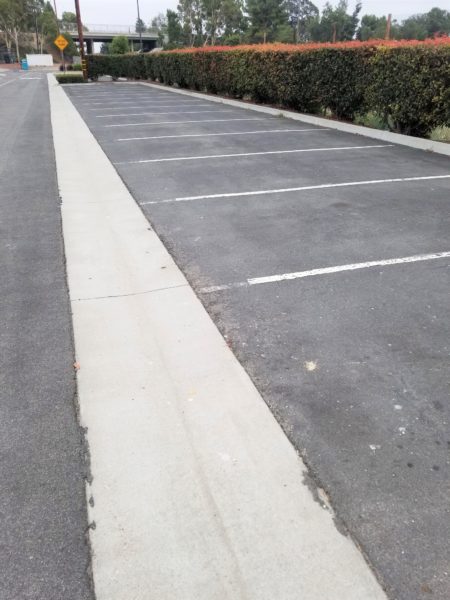 And finally in Golden Retriever news…

Tucker and Diego were hanging out at my friend’s house yesterday.  My friend’s out of town and I was hanging out with my fam for the day. When I stopped by on the way home to pick up Diego I found socks all around the yard (and one pair of chonies)!

They’ve never done this before – but mostly because I don’t think they’ve had access. I suspect it was mostly Diego – he loves chomping on socks! He’s ripped a few holes in my socks and he grabs for them freshly washed to freshly run in (aka stinky)!

But someone ripped a hole in my friend’s fancy Injinji toe socks that he swears bring him much luck and joy and magical powers when he plays tennis! Darn it.

The puppers are not talking though. They refuse to confess or point the paw at the other. And when I question them – they just think I’m offering a treat! So I guess we’ll never know… 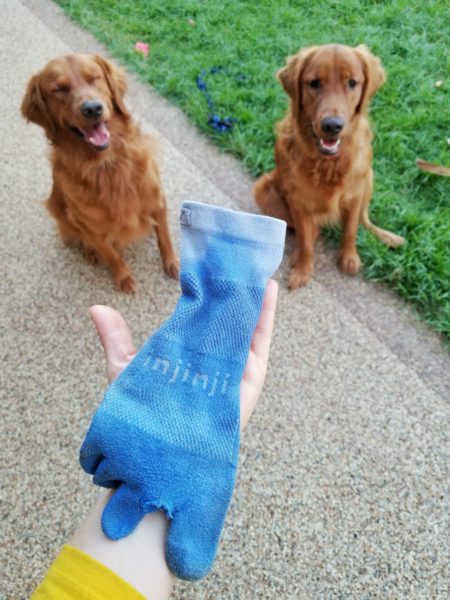 Unless… the sock got stuck in the dryer and the hole was created when someone yanked it out – not realizing. Then, my friend packed it in his gym bag… but on the way to the car it fell out and ended up on the grass… where Diego found it and picked it up with the intention of finding its rightful owner… but before that could happen I caught him red-handed… um, red-pawed with the hole-y sock in his mouth!!

If you like hot sauce… check out this post about my trip to the Sriracha factory here!

Disclaimer: Please speak with a medical professional before making any changes to your diet or exercise. I am not a doctor or registered dietitian. The views expressed are based on my own experiences, and should not be taken as medical, nutrition or training advice. Please note that affiliate links and sponsored posts may pop up from time to time. I truly appreciate your support. END_OF_DOCUMENT_TOKEN_TO_BE_REPLACED