This is where I’m hanging out today…not too shabby, huh. 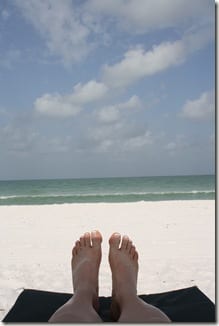 I’m in Marco Island for a few days with Ben’s family. They have been coming every year since Ben was a baby. 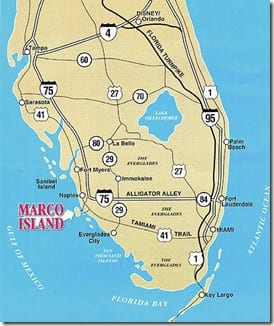 Ben’s mom picked up this Kashi cereal for me. This is the one Kashi cereal I have never tried! It is not Kashi Crunch, but it’s not too shabby either 🙂 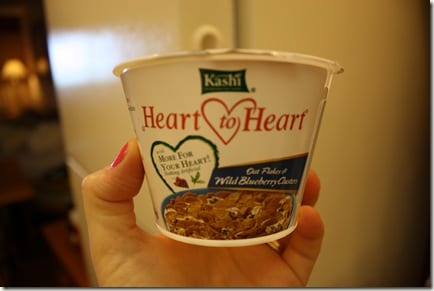 I went on a VERY HOT and VERY SWEATY 6 mile run this morning. I’m choosing to be positive and just be thankful that I didn’t collapse under the weight of my sweaty clothes and die on the hot Florida sidewalk (dramatic much?).

I mixed my cereal with blueberries, PB topped banana and cottage cheese for extra protein. I really was craving an icy smoothie, but this was a good runner up. Cereal is never shabby in my world 😉 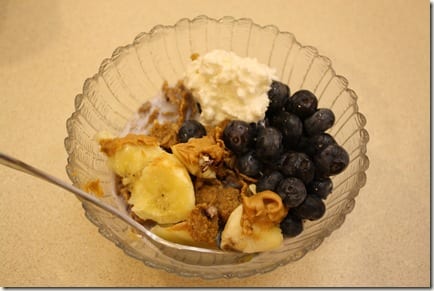 Then, I took a walk on the beach. 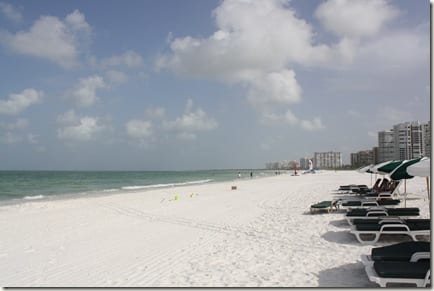 The sand here is so nice compared to SoCal sand. It’s so soft and white. 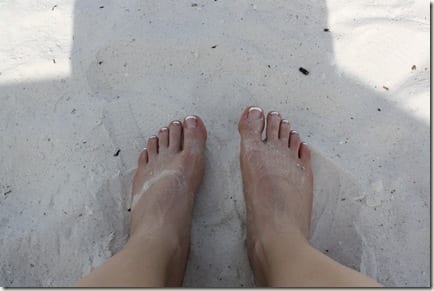 Maybe the one shabby thing about today is I had to smash my hat to get it to fit in my luggage so I am walking around with a broken visor. I’m a little shabby while wearing this, but avoiding skin cancer is not too shabby at all 🙂 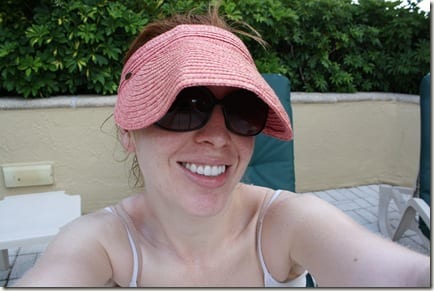 Have a great day!

Disclaimer: Please speak with a medical professional before making any changes to your diet or exercise. I am not a doctor or registered dietitian. The views expressed are based on my own experiences, and should not be taken as medical, nutrition or training advice. Please note that affiliate links and sponsored posts may pop up from time to time. I truly appreciate your support. END_OF_DOCUMENT_TOKEN_TO_BE_REPLACED