After really struggling with running lately I’ve decided I’m just out of my element.

I feel like I’m an African Lion. I do best in a hot, dry climate. A place that might be considered hellish for someone else works great for me!

But then, I was kidnapped by some poachers and sold to a zoo in the Artic. 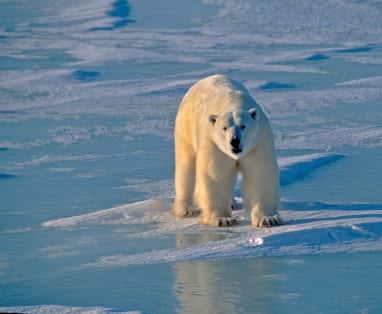 And while I’ve tried to make peace with the hills… 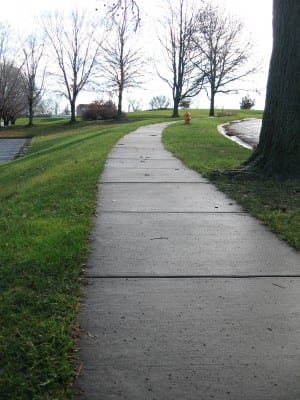 and the cold weather by bundling up… 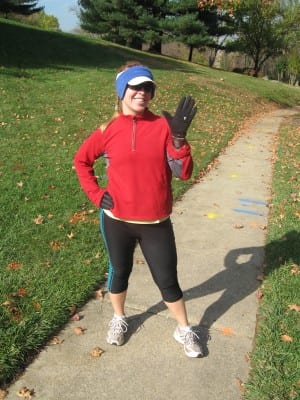 I’ve realized I am made for the flat desert and not the hilly cold. And that’s okay.

I am still going to run, but I am accepting that my running has slowed (and been frustrating) because of my surroudings. At first I was mad at myself because I felt like I was just making excuses. But, the reality is that it’s pretty badass that I can even run as much as I do considering I am still around 15 pounds overweight and built for making babies, not gliding like a gazelle. (This isn’t fat-talk, it’s facts as I’m not even near the high weight for my height.)

More facts: I am a pretty normal girl. I am a few pounds overweight. I love ice cream and chocolate. I am self concious about my body.

But, I also love to run. And considering the above, I’m better at it than you would think. I’m not waiting until I reach my goal weight. I’m not letting the hills stop me. Nope. Those things may slow me, but they’re not stopping me. And that’s okay. I’m out of my element, but I’m not out of the game.

Marathon Training: There is a major wrench in my training this weekend as we are going to Florida and I won’t have time for a long run. I did 8 miles today (meant to do 10, but my heart wasn’t in it).

Before I left I had a small bowl of cereal… 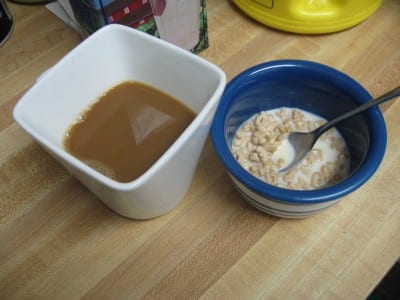 Long Time No Green! I haven’t had a Green Monster in the longest time. 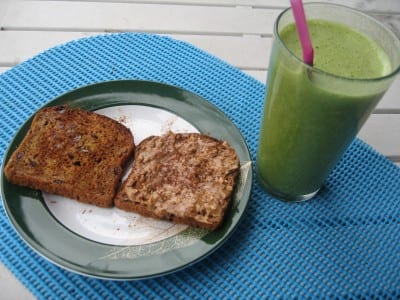 Breakfast was toast with almond butter and a green monster with protien powder. I also grabbed another piece of bread after this. For some reason my later breakfast makes it hard to get full! 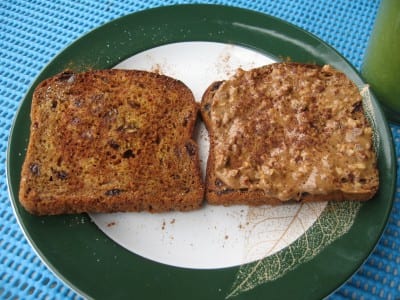 Smoothies are rare for me in the cold weather, but I really wanted one! So, I drank it by the heater 🙂 Problem solved. 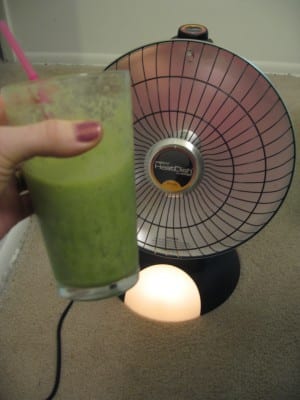 We are leaving for Florida today around 4:30!!! I have to meet Ben at his work and we’ll drive to the airport together. We should be in Sarasota around 7:30pm tonight. We’re just spending Friday night and Saturday with Ben’s fam and then we’ll be back in MD by Sunday afternoon. It’s going to be fun!!!

Disclaimer: Please speak with a medical professional before making any changes to your diet or exercise. I am not a doctor or registered dietitian. The views expressed are based on my own experiences, and should not be taken as medical, nutrition or training advice. Please note that affiliate links and sponsored posts may pop up from time to time. I truly appreciate your support. END_OF_DOCUMENT_TOKEN_TO_BE_REPLACED