My Garmin is dying. It might already be dead actually. It wouldn’t turn on this morning and I tried the holding down both front buttons trick and it would turn on for a second and then turn off 🙁

If it’s really dead I’m just going to have to sell a kidney for another one. I have to have it since I don’t have routes memorized around here.

So, I think I did about seven miles. But, I can’t be sure!

No pics – cereal and a pear. I ate a pear as soon as I got back from my run 🙂

Before I left I had a small bowl of cereal. I am still struggling with whether or not to have cereal in the house. I plow through it when it’s here, but I feel like I’m depriving myself when I don’t have it.

After my run I was craving an egg sandwich. I love adding veggies to eggs so I can knock out some vegetable servings early in the day. I cooked up some broccoli and onions before adding in the eggs. All we had is cheese sticks so I had to use that, looks funny but it worked! 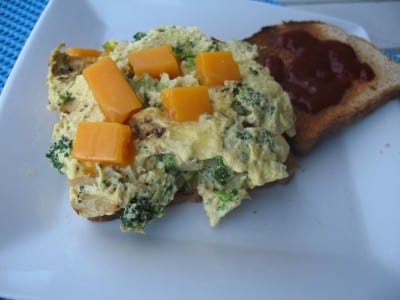 Now I’m chomping on a Luna bar for a snack 🙂 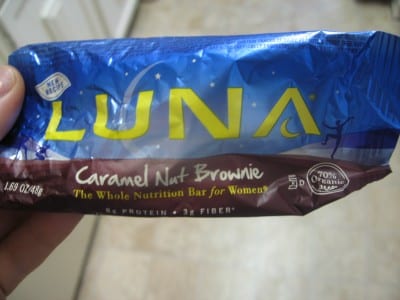 Ben’s Breakfast – I used the bread I made last night to make Ben french toast this morning. I left a few slices out last night to get a bit stale. This morning I dipped them in eggs and coated them with coconut. I think he liked it, but he didn’t finish it so maybe not (he wasn’t feeling the bread last night). 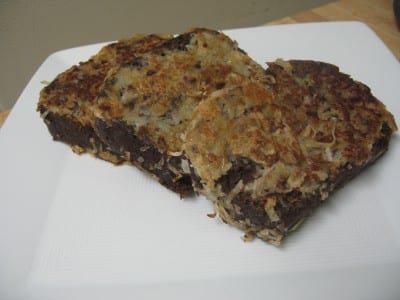 In other random news:

I was freezing my entire run today – I don’t know how much more I can stand!

Christmas is only eight days away!!! Yo quiero tamales 🙂

Question: What is your traditional holiday eats? Do you do Christmas breakfast, lunch or dinner with the family??

A: I have a big Mexican family 🙂 We usually gather for food and drinks Christmas eve. Then, we go to my grandma’s for Christmas breakfast – that is always tamales, eggs, beans and more! But, my mom and I are trying to start a tradition to have Christmas dinner with me and my brothers. I can’t decide what to make though…

Disclaimer: Please speak with a medical professional before making any changes to your diet or exercise. I am not a doctor or registered dietitian. The views expressed are based on my own experiences, and should not be taken as medical, nutrition or training advice. Please note that affiliate links and sponsored posts may pop up from time to time. I truly appreciate your support. END_OF_DOCUMENT_TOKEN_TO_BE_REPLACED