I ran the Rock N Roll Los Angeles Half Marathon yesterday! This is a super fun race because so many people dress in costume, it’s in LA, it’s an RNR run which means music, there are actual zombies on the course and it’s right by Halloween which means you can run 13 miles and then eat 13 candies. 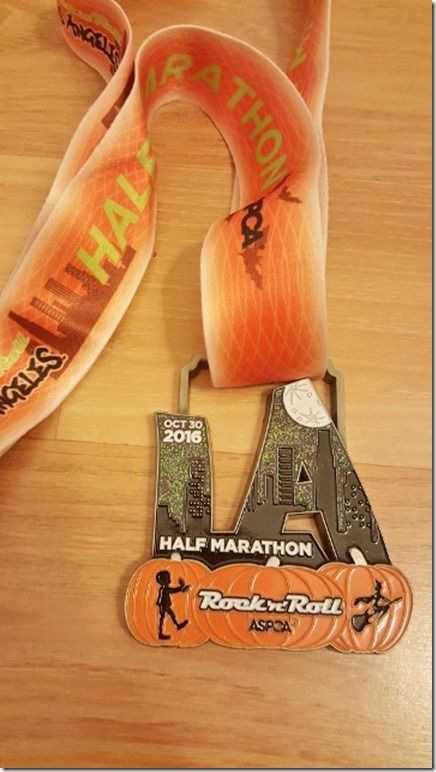 I dressed up as a unicorn because I wanted a costume that was fun but easy to run in. I’ve run a lot of races in costumes at this point and making sure it’s easy to run in is key!  Also, I wanted to make sure I had a costume that required glitter so I could have it all over my house for the rest of my life. Why does glitter seem like a great idea until you’re wearing it to the grocery store because it will never go away!??!! 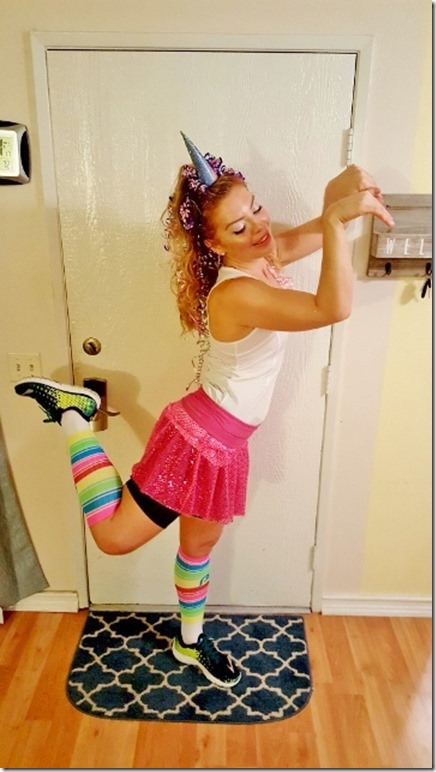 The RNR LA Half Marathon is always right around Halloween. It’s awesome because so many runners dress up! A lot of runners wear costumes at Disney races but they’re all Disney themed costumes. I love that there are so many different outfits at this race. 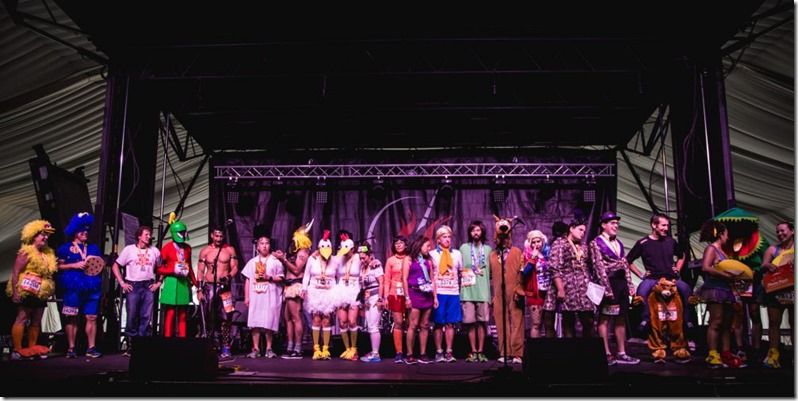 My favorite runner costumes from this year include: 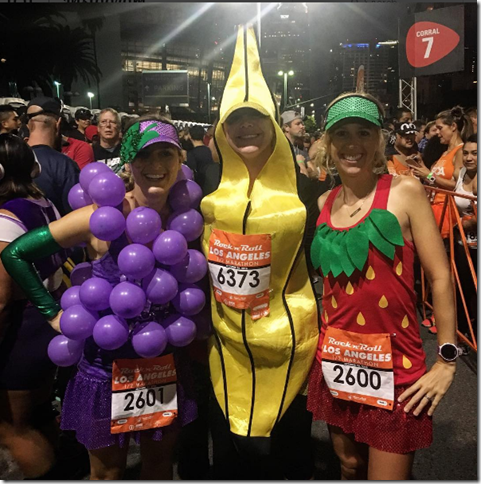 The race starts near the Staples Center. RnR races have their ‘stuff’ together. There are  a lot of porta potties, signs directing you where to go and signs for the corrals. They’re also pretty good about starting on time. <- These are the ‘little things’ that make a BIG different on race day. 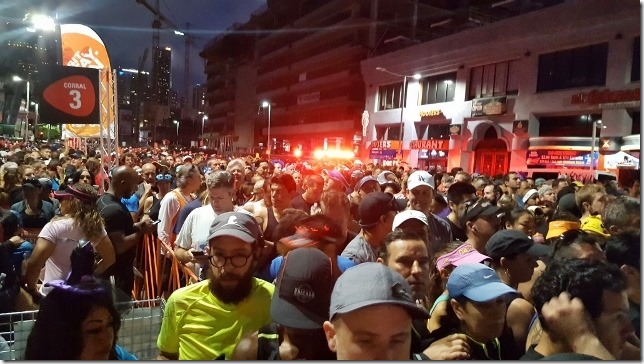 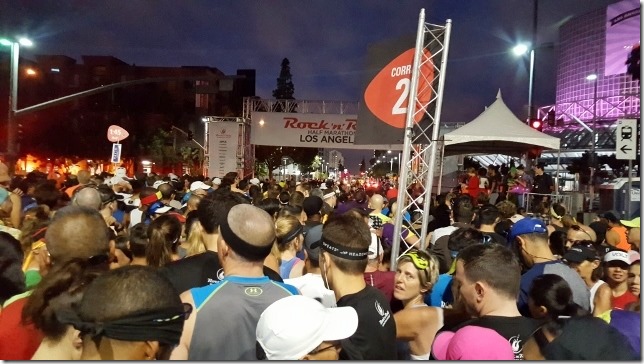 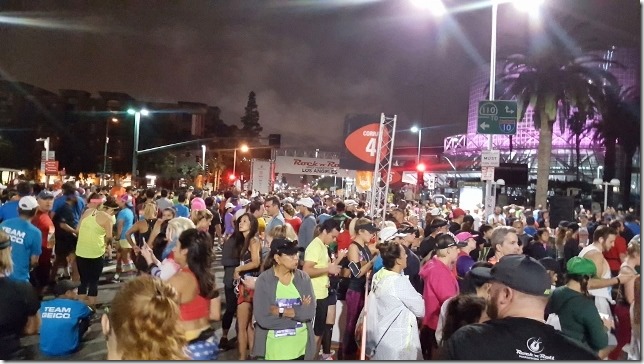 My one fail is I tried to sleep with rollers. I wanted my hair to look like a horse unicorn mane.

I rolled my hair with these soft bendable rollers so I wouldn’t have to curl my hair before the race. But, I forgot that it sucks to sleep with rollers. I used to do it all the time for cheer-leading.

Well, it is the worst. I couldn’t sleep and woke up at 1am super uncomfortable. I took them out and tried to go back to sleep, but couldn’t. #Fail

Luckily my hair stayed somewhat curled so I got the desired crazy animal hair look. I also had a crazy look in my eyes since I only got 3 hours of sleep. 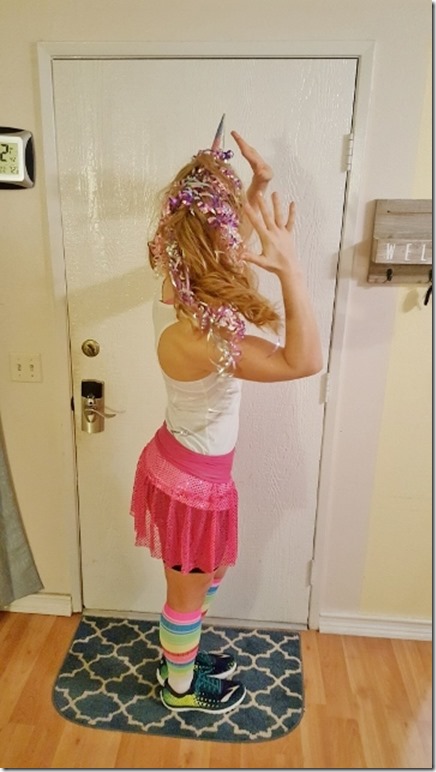 My unicorn running costume consisted of: a horn sewed on a sports non-slip headband, three ponytails to make it look like a mane,  Sparkle Skirt, ProCompression socks, running shoes and glitter.

Luckily, my hair stayed up and my unicorn horn stayed put for 13.1 miles! I’d consider that a success. 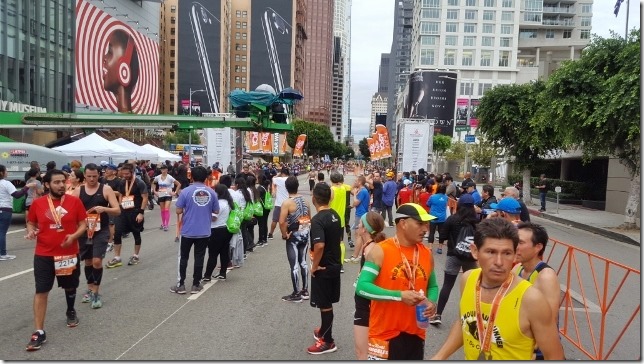 I finished in 1:52:24 – That’s pretty good considering the second half is pretty hilly. 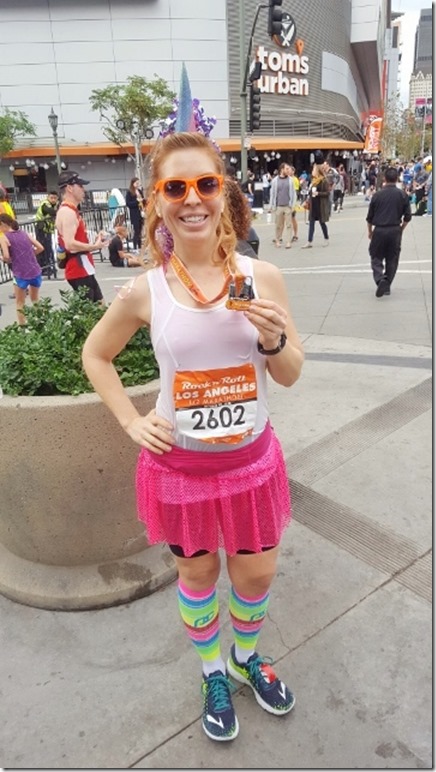 Question: Glitter. Love it or Hate it?

Previous Post: « I Didn’t Do the Kim Kardashian Workout but I Did Run 10 Miles
Next Post: Pile on the Miles Day 1 »

Disclaimer: I am not a doctor or registered dietitian. The views I express are mine alone, based on my own experiences, and should not be taken as medical advice. I am a certified running coach, but am sharing my own training – not providing a program for you. Please speak with a medical professional before making any changes to your diet or exercise. Affiliates: Please note that affiliate links and sponsored posts may pop up on RER from time to time. I greatly appreciate your support!  END_OF_DOCUMENT_TOKEN_TO_BE_REPLACED