Hello! How’s it going? Yesterday I was oddly not hungry because I was feeling weird and then suddenly decided I needed an emergency snack. Enter: sweet potato tots. 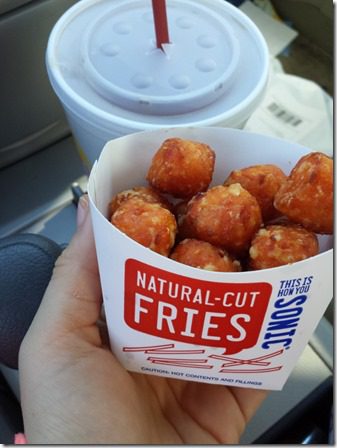 And it was good.

This morning I used my new water bottle for my run. I scored this at Marshall’s this weekend! I needed a new handheld water bottle because I threw mine away during the LA Marathon. Yes, I did. 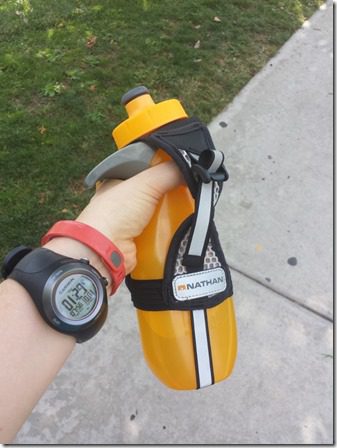 Anyway. I am cheap and have been waiting to spot one at Marshall’s so a few months later it finally happened. But I wasn’t waiting empty handed that whole time –  scored a fuel belt right away. You just have to stay on the hunt.

This Nathan bottle is shaped to be easier to grip since it’s skinnier at the top. But, it’s different from what I’m used to so it was weird at first. 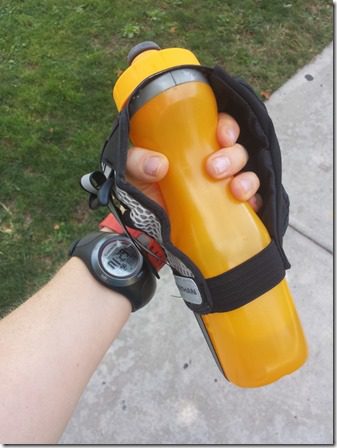 I like that it’s big and had a pocket to hold fuel or money.

I don’t like that it’s hard to drink from. Since you hold the bottle at the neck, you can’t just squeeze it to get water out. You have to suck the water out which is hard when you’re running. 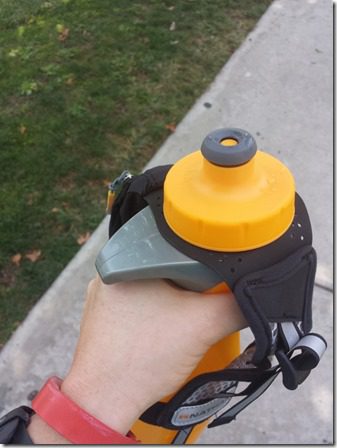 *Note: As soon as I realized this I spent the rest of my run talking myself out of making 22 different TWSS jokes. Mom, you should be proud of me for being a lady.

After my run I had a conference call and no time to cook something up so I made a quick and delicious smoothie. 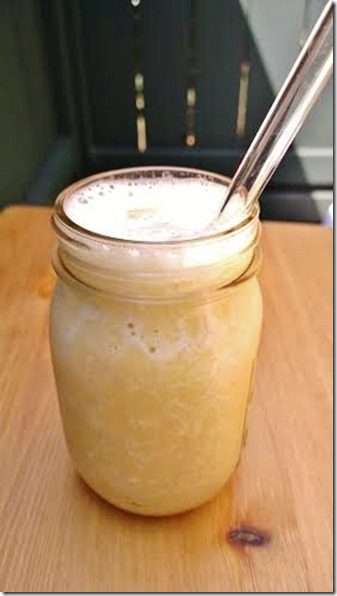 Question: What are you having for dinner tonight?

Previous Post: « The Top Grossest Things About Running… or should it be bottom, rock bottom.
Next Post: All the Girl Things »

Disclaimer: Please speak with a medical professional before making any changes to your diet or exercise. I am not a doctor or registered dietitian. The views expressed are based on my own experiences, and should not be taken as medical, nutrition or training advice. Please note that affiliate links and sponsored posts may pop up from time to time. I truly appreciate your support. END_OF_DOCUMENT_TOKEN_TO_BE_REPLACED