This morning I got up to do my usual run, eat repeat thing. It was same-old, same-old except Ben and I were kind of arguing. Not a major fight, but trying to address something we disagree on. After that fun interaction I set out for a speed run.

The only flat place for me to try and do speed-work is where I got stung by a bee last year. I’ve been back there a few times since, but try to avoid it at all costs because it was not a pleasant experience. I’m extra scared of bees and wasps since I got stung again this summer. It really hurt and I had a huge, hot disgusting welt for the longest time.

Anyway. I told myself to suck it up because I need to get back to doing speed sessions. I did a 1 mile warm-up and then started to do a few 800 meter spurts. 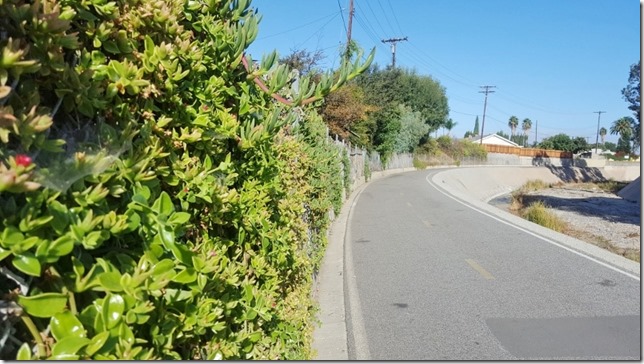 I was on my 3rd set when a bug came flying into my face. I freaked out and immediately threw my head back to avoid it. Since I was mid-stride and probably already tense from the morning I got a sharp pain that radiated from my shoulders up to my neck. It happened to fast I stopped abruptly and felt like I had been in a car accident.

My neck hurt right away and my shoulders felt super achy and tense.  I think I gave myself whiplash. Is that even possible?

Well, if anyone can manage to hurt their neck because they are freaking out about a bug flying at them it would be me.

So now my neck hurts and I can’t really complain about it because it’s my own fault.

In other news… I celebrated National Taco Day with a taco salad! 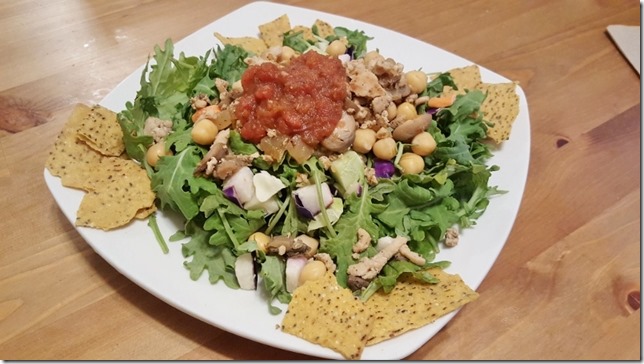 I topped off the meal with a See’s Chocolate lolly. These are the BEST. They are super chocolate-y and last a long time. 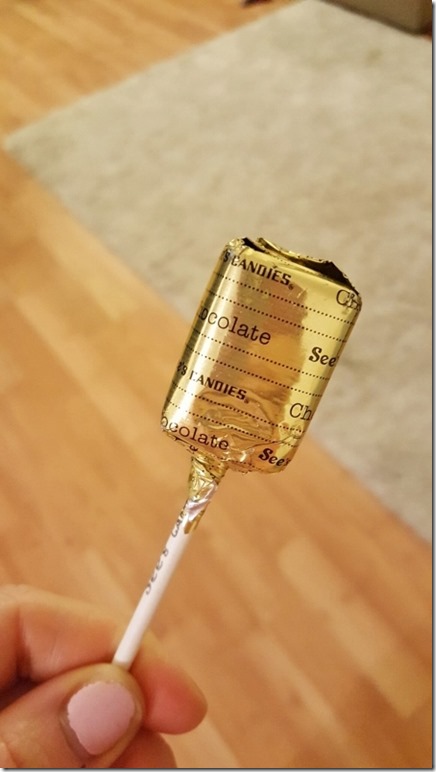 Vegas tried on his Halloween costume yesterday. Is it ironic that it’s a bee costume??!?!?! I just realized that! On second thought I’m going to throw it away. No bees in this house!! 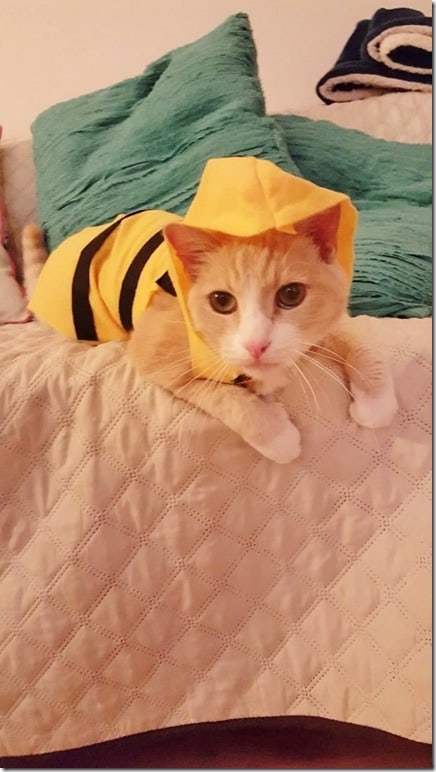 Question: Should I make up a good story to go along with my achy neck?


Have you watched Lularich? 🤸🏽‍♀️ More

Disclaimer: Please speak with a medical professional before making any changes to your diet or exercise. I am not a doctor or registered dietitian. The views expressed are based on my own experiences, and should not be taken as medical, nutrition or training advice. Please note that affiliate links and sponsored posts may pop up from time to time. I truly appreciate your support. END_OF_DOCUMENT_TOKEN_TO_BE_REPLACED