Hello! I am in Minneapolis for the first annual General Mills cereal eating contest*. Company reps invited me to visit their headquarters and despite the 1 degree temperature (seriously) I happily accepted since cereal is my favorite thing in the world. 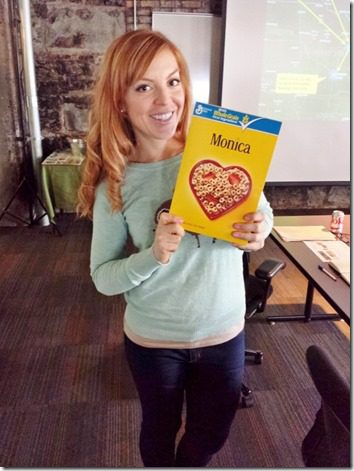 This morning I got up bright and early to do 5 miles on the treadmill. I am not a big fan of treadmills any longer (I used to run on them exclusively!) but I am even less a fan of freezing to death so I made it work. 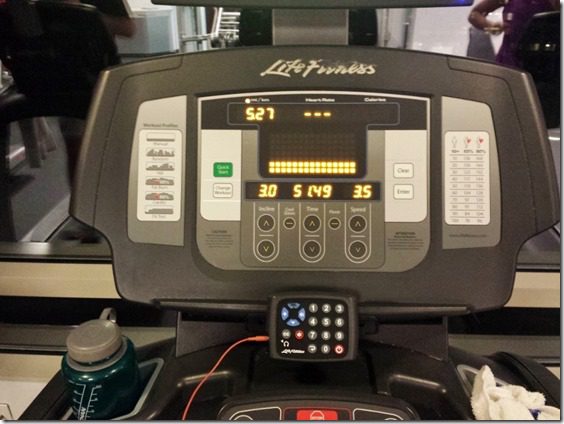 I was really expecting the Man v. Food guy and other food contest champions to attend the festivities. But, it was a bunch of other bloggers! Boom. I knew I had this contest in the bag.

We started with a tour of the General Mills headquarters. 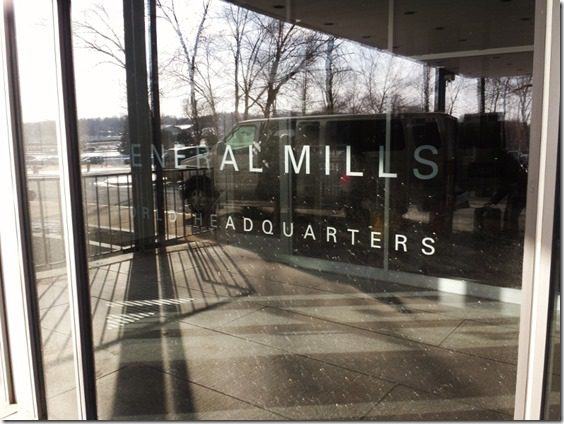 It is a really pretty campus with everything from a Caribou Coffee to a gym to a store to a medical clinic for it’s employees. Super fancy.

By the time the tour was over my stomach was rumbling and I was ready to, “Let the cereal eating commence!” <- I may have shouted that a few times over the course of the morning.

We were greeted with tons of cereal, milk and toppings options. Since I’m a blogger / eater / food lover / soon-to-be-cereal-eating-contest-winner I thought it was only fair that I try ALL OF THEM. You know, for research purposes. 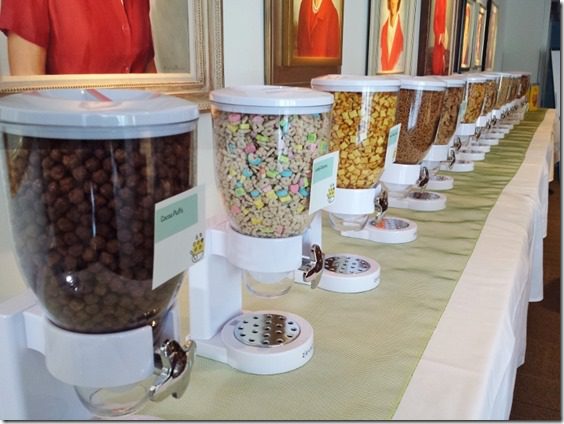 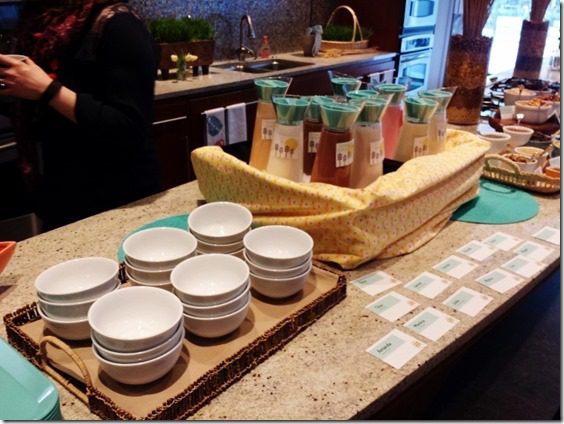 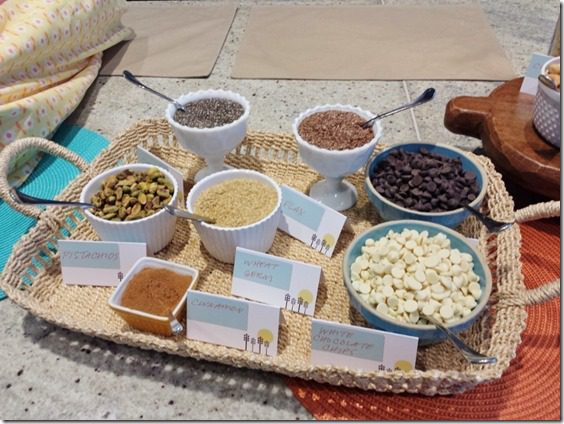 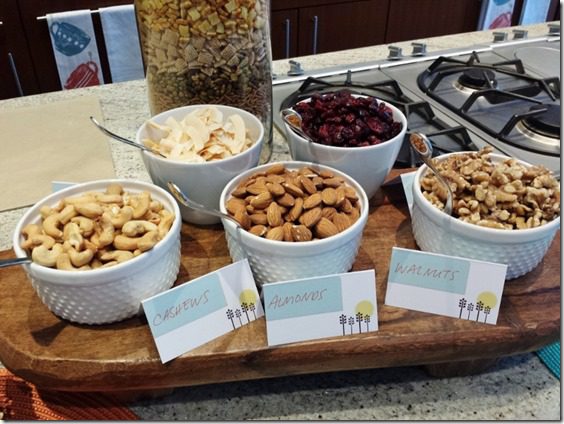 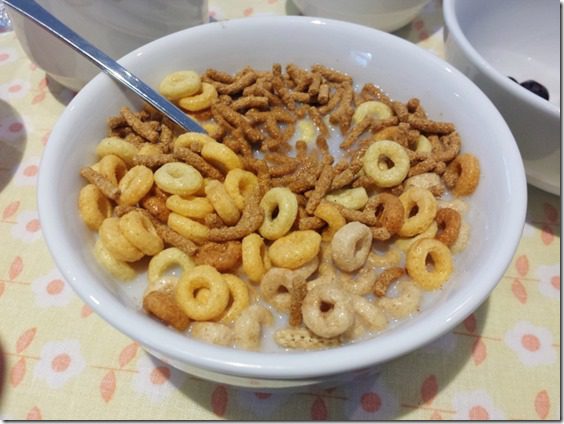 Mrs. Betty Crocker herself looked down upon me approvingly as I ate my way through every cereal from Chocolate Chex to Kix to Cinnamon Toast Crunch to Fiber One. I knew if she was still alive she would have been proud.** 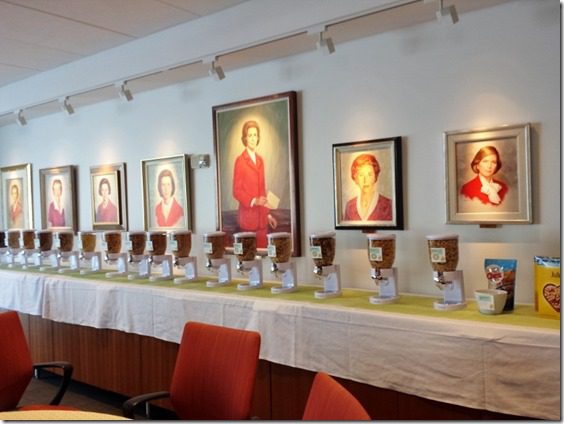 Even though I consider my blogger friends foodies, no one gave me any competition in the cereal eating extravaganza! 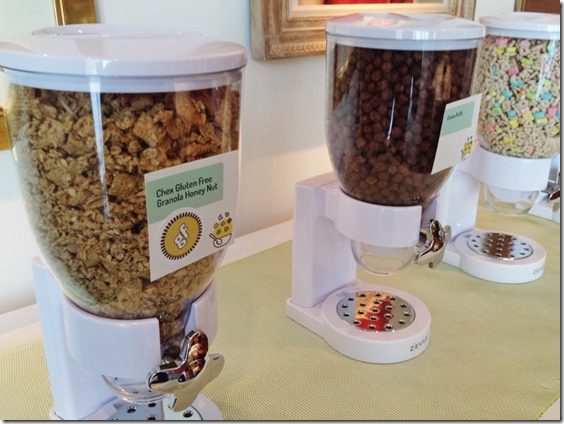 But, I still wanted to make sure I had a really big lead so I really went for it… 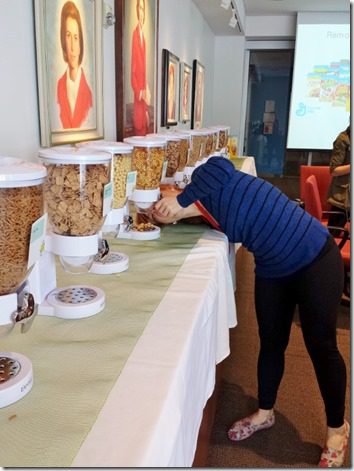 WINNER of the first ever RER Cereal Eating Contest = Monican***

Lucky and Buzz came out to congratulate me and everything. 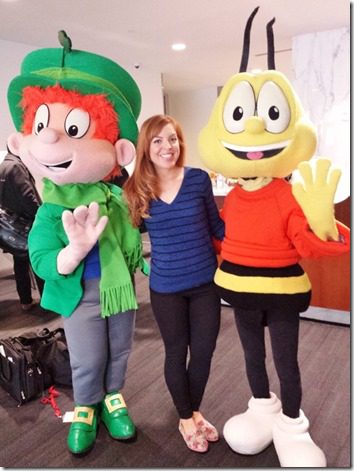 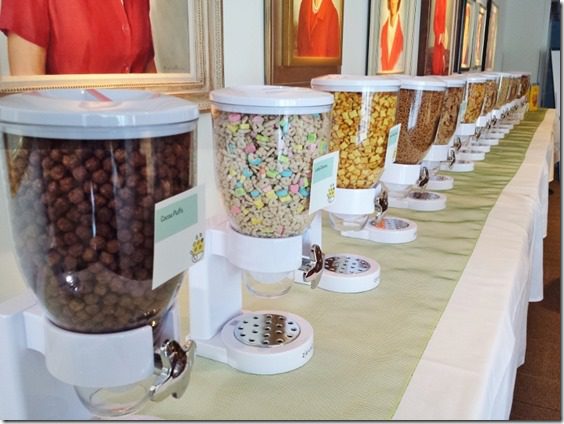 But even if the honor is just in name alone I proudly hold the title. 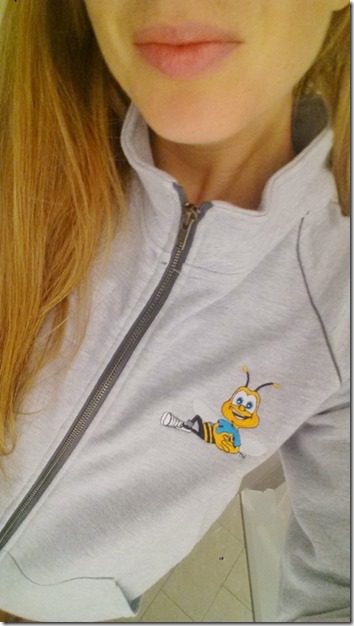 Fun fact: I am wearing this sweater now at the airport and the TSA security guy said, “Where’s the cereal?!” and I said, “I ate it ALL!” . Because it’s true.

*There is no such contest, but if there was I would totally win.

** Betty Crocker has never been alive, she is a spokesperson kinda character but not real.

***RER cereal eating contest created by, participated by, judged by: Monican. It’s my mission in life to create and win a cereal and/or watermelon eating contest at some point.

Question: What is your FAVORITE cereal?

Do you eat cereal as a breakfast or as a snack?

Disclaimer: I am not a doctor or registered dietitian. The views I express are mine alone, based on my own experiences, and should not be taken as medical advice. I am a certified running coach, but am sharing my own training – not providing a program for you. Please speak with a medical professional before making any changes to your diet or exercise. Affiliates: Please note that affiliate links and sponsored posts may pop up on RER from time to time. I greatly appreciate your support!  END_OF_DOCUMENT_TOKEN_TO_BE_REPLACED