Hello! How are you? I’m good! Just been runnin’ and eatin’ and repeating the same mirror what I’m wearing pictures over and over since my New Year’s Resolution is to ‘get ready’ everyday. And while it’s NOT been 100% – I have been a lot better about looking semi-presentable most days. I’ll take it. 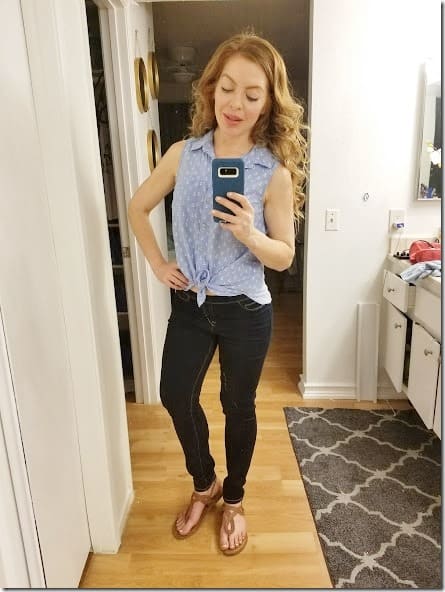 I just wanted to get back in the groove of blog updates on all things running, eating and Monican-ing. These are some of the random pics on my phone right now… Let’s see!

On running – the Surf City Half Marathon helped me get back in the groove but I took it easy the week after the race.

I felt like I was getting sick and didn’t want to push it. So my mileage last week was low – mostly easy runs. I tried to get up and at ‘em for a long run Saturday but it didn’t happen.

Pre-run fuel… Spark and english muffin with banana and PB. 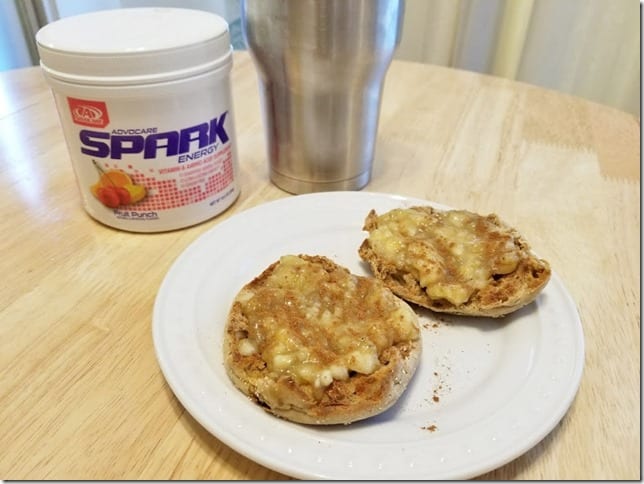 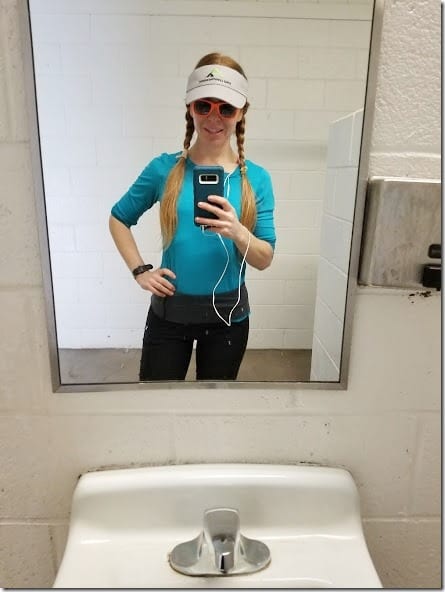 The so-so (okay crappy) run was due to the fact that I thought I should give tequila a lil whirl again. Yeah…. bad idea Monican.

I had my first ride in a fancy convertible!!!!  I had fun! I had tequila sodas and a skinny margarita!! I had shrimp cocktail!!!

And I had a bad run because I was dehydrated and tired. 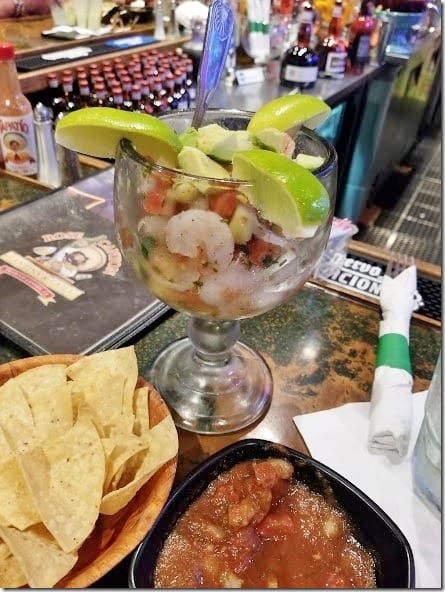 High five to me for even trying?

This isn’t a high five pic… it’s me documenting I got stabbed by a tiny piece of glass from just dusting off the couch. There were crumbs on it the other morning and it just swiped at it to dust it off and something poked me and I started bleeding. WTH. I have no idea where the glass came from!? 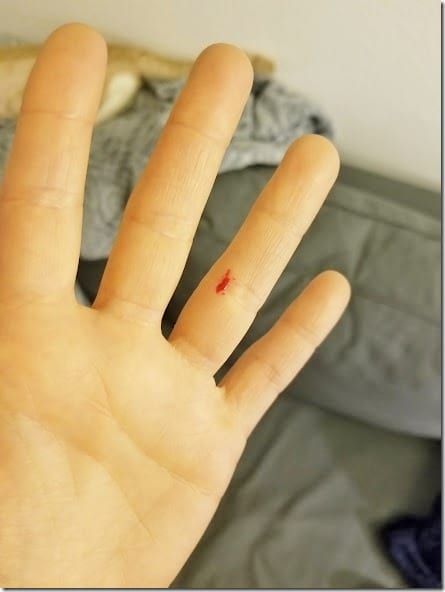 I went over to a friend’s for netflix and dinner and more importantly => dog petting the other night. He’s a big fan of Blue Apron (my friend, not the pup) so we made one of their dinners before catching up on Halt and Catch Fire. Anyone else watching that? 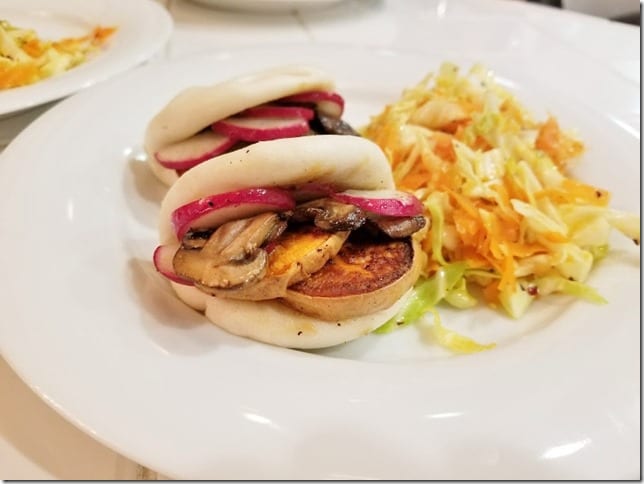 And because I don’t believe in balance… but I do believe in living in the extremes I had some Sonic.

I was a FUber = Friend Uber for my friend who called me from a bar and suggested Sonic on the way home. I don’t make money to Uber or um, FUber … but I do take payment in the form of eating my passenger’s fries. Thanks! 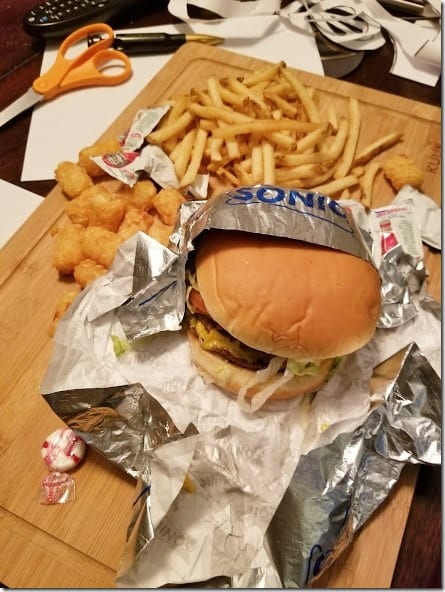 My hair is ridiculously long. I like it when it’s curled but when I keep it straight I think it’s too much. Just going on record here in an effort to pressure myself to get a trim.

Vegas looks the cutest when he sleeps.  He does this 22 hours a day so it makes for a lot of cuteness. But he’s also been very complain-y lately. Does anyone know a magic fountain of youth pill for cats?? 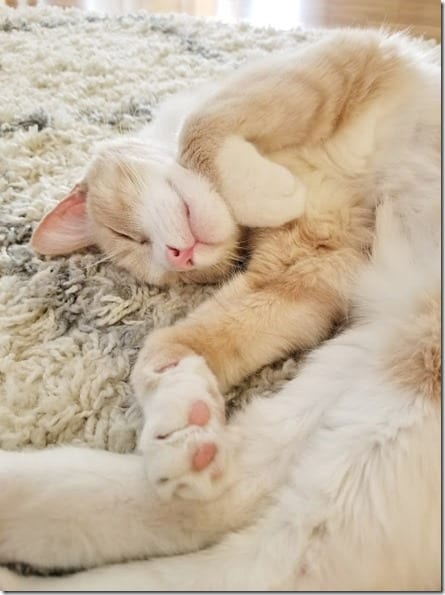 I hope cat grass is NOT the fountain of youth. I bought him some since he’s not supposed to go outside anymore since his big fight in December.

He liked it but made the biggest mess. He full on pulled the grass from the roots out of the container and flung it across the floor – several times. There was dirt and grass all over the room. WTH. 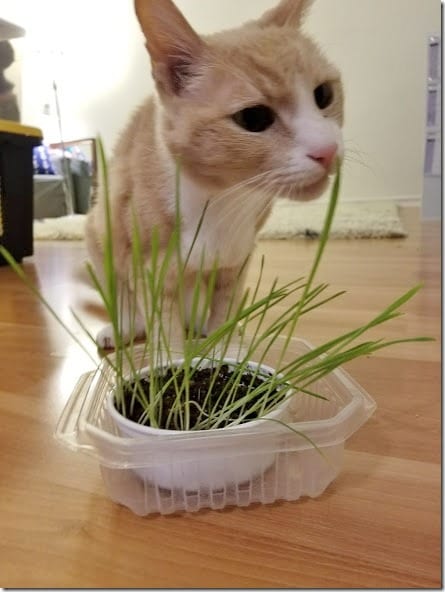 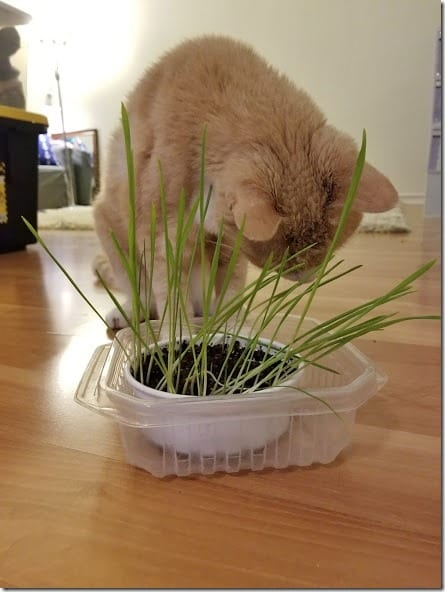 Speaking of messing stuff up and plants…

When I went to re-pot my bamboo plant I dropped some of the rocks into the sink and BROKE the garbage disposal. I’ve tried to scoop out the rocks but it’s a goner. Boo. 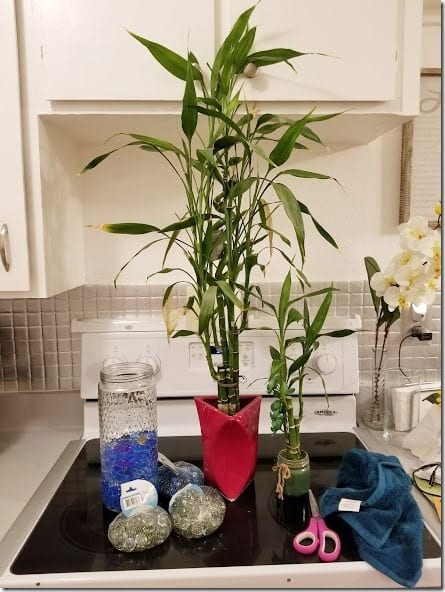 And to make myself feel better about breaking the disposal… I’ll look at this super cute picture of my niece and dad. It was his birthday and watching a little kid get excited for birthdays and cake and candles is the best. 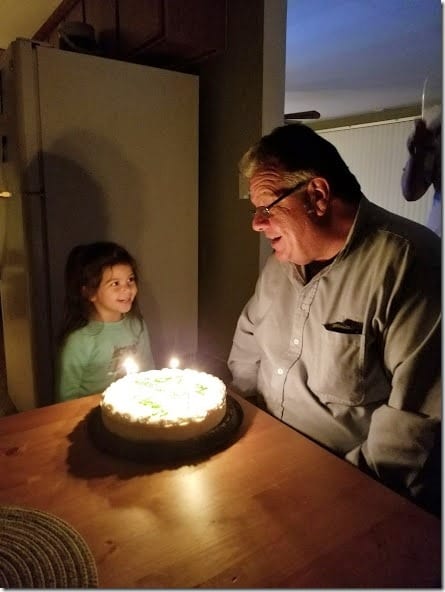 Kinda like how excited I get for cake and nachos… guess some of us never grow out of it! 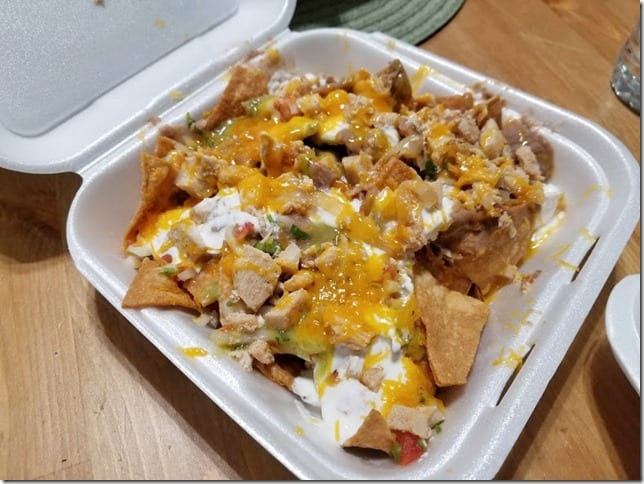 Happy Valentine’s Day!! I’m off to run and eat …. chocolate. See ya later! 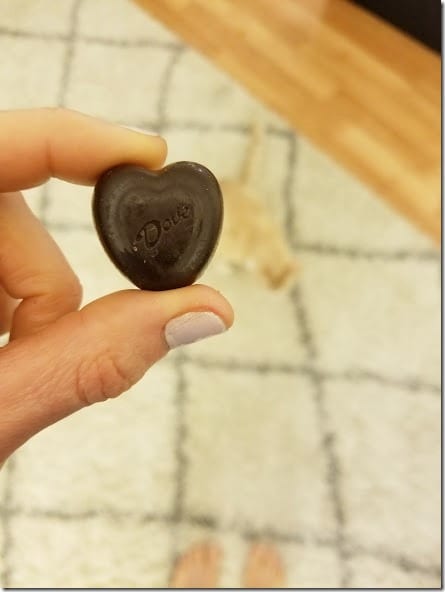 Question: When was the last time you had chocolate?

Me: about 4 minutes ago.

Disclaimer: Please speak with a medical professional before making any changes to your diet or exercise. I am not a doctor or registered dietitian. The views expressed are based on my own experiences, and should not be taken as medical, nutrition or training advice. Please note that affiliate links and sponsored posts may pop up from time to time. I truly appreciate your support. END_OF_DOCUMENT_TOKEN_TO_BE_REPLACED