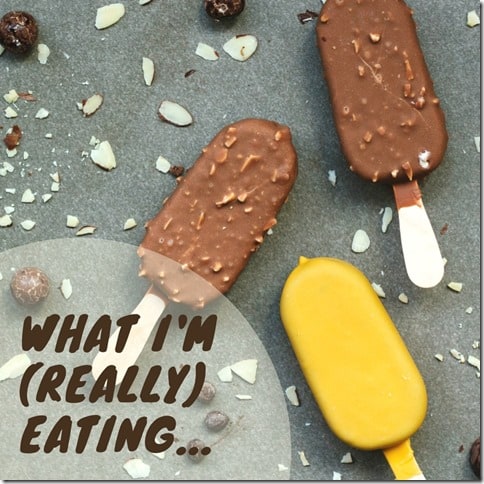 I get a lot of questions from runners or readers or runners who are also readers but probably not reading while they’re running… asking for posts and pictures of what I’m eating. Seeing what exactly other people eat is interesting. Even if I have zero desire to change my diet or cooking methods – if someone is posting a day of eats or if I see it in a magazine or on TV – I stop and check it out.

And it’s particularly helpful for runners, especially new runners to see tips and good examples of how to fuel.

At least on the internet.

AND in ‘real life’ I do eat a lot of vegetables and whole grains and healthy fats.

But most of that is thrown together in between writing projects and doing laundry and responding to emails while talking on the phone. And my new method of making salads involves putting most of the stuff that makes a salad pretty to photograph on the bottom. I put protein and roasted veggies and beans or whatever else – in the bowl and then top with greens and dressing.

(I personally think this is genius since those other goodies taste good as is and the greens are what need a little dressing.)

My point is – it doesn’t really beg to be photographed.

Things that do beg to be photographed: donuts, pizza, sushi, cookies…

So there are a lot of those pics floating around on my phone. And that’s a big part of the reason I don’t share more ‘what I ate’ pictures.

Example: This weekend on Catalina Island I ate fries and a cookie and ice cream. 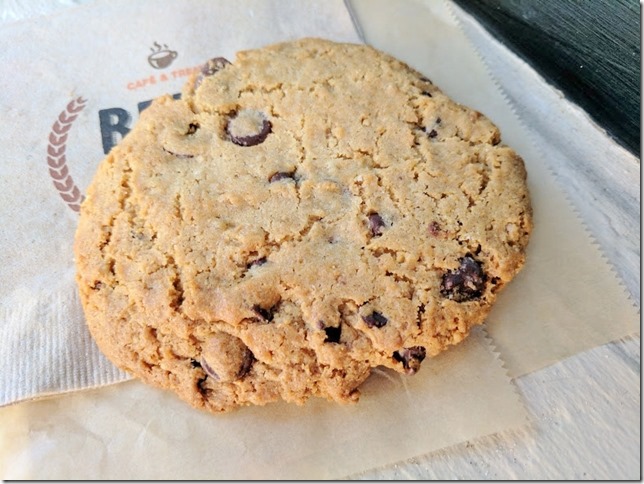 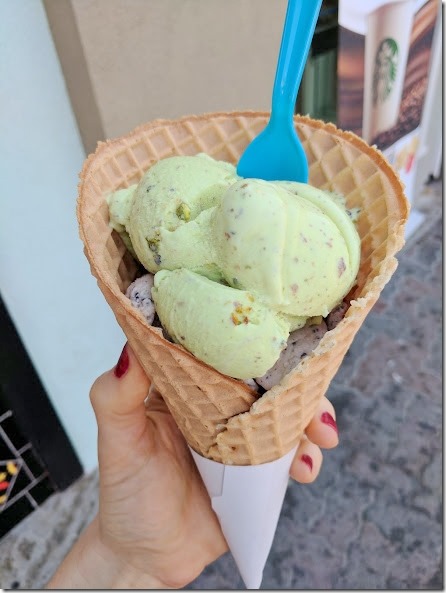 I also went home and had a big salad. 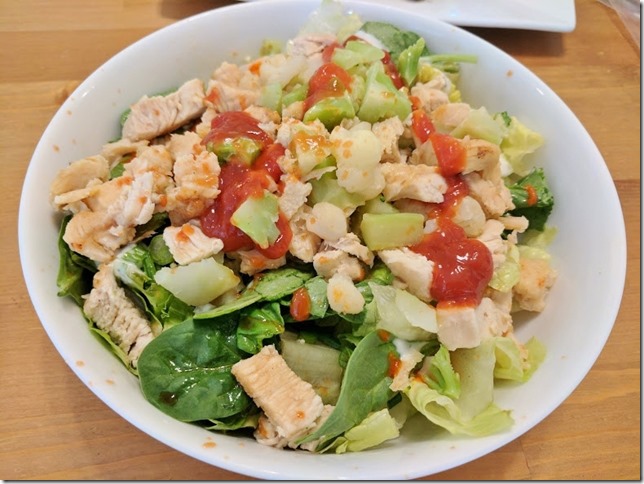 Oh, and I ate all the M&Ms out of the trail mix I brought along on the way home. 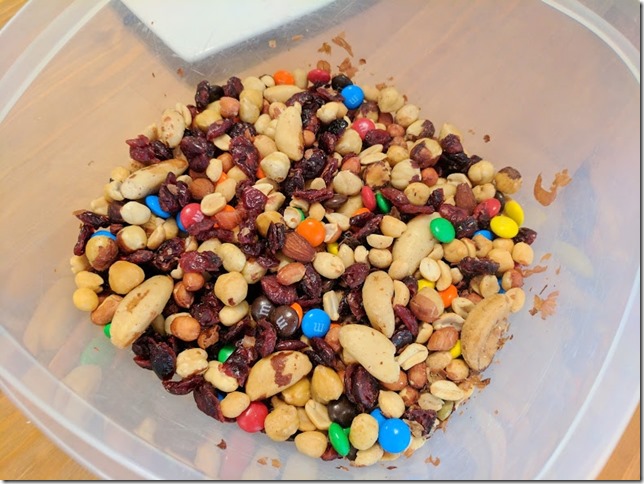 I started the day with a green smoothie: 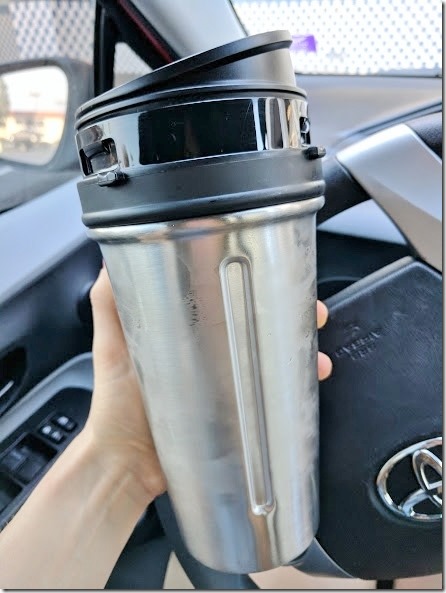 But I ate some of my brother’s hash brown bites on the boat ride over there. 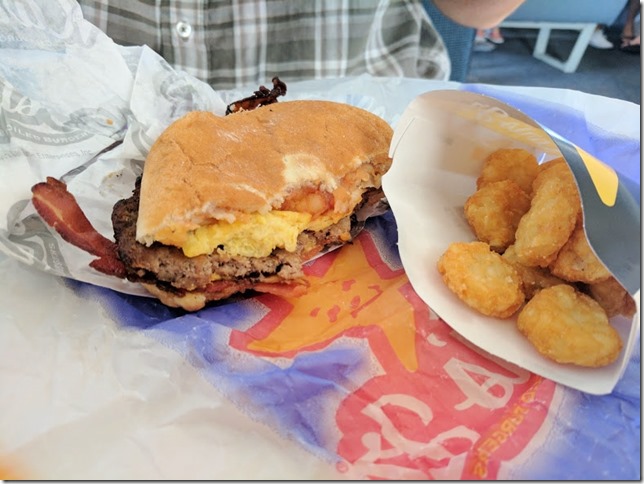 I’m eating a lot of watermelon right now (not right this second, but in general since it’s in season).

Okay, right this second too. 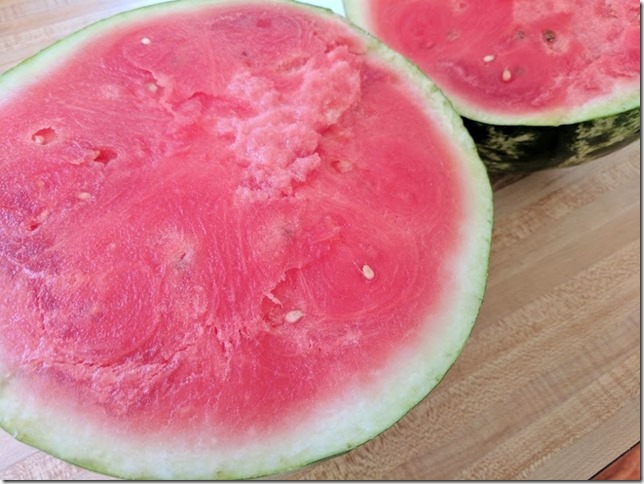 And I was randomly craving a bran muffin so I got one from the bakery and had it with milk as a pre-dinner snack yesterday. 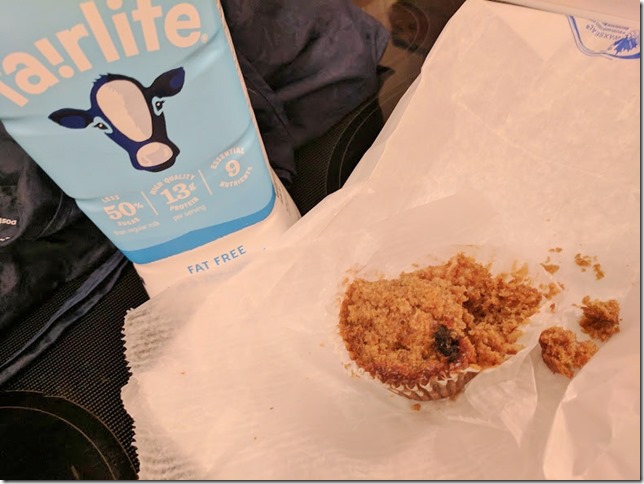 I have lost weight recently – and I definitely want to share what I did to lose weight if you’re interested.

But I still overeat sometimes – even while trying to practice intuitive eating.

I eat a lot of healthy foods. But I did recently go the donut shop and get 2 donuts and 6 donut holes and eat all of it without making it a big deal on the blog.

Sometimes the balance isn’t a steady line – it’s a course with a lot of ups and downs that evens out in the big picture.

I eat a lot of the same foods everyday – but that is because I like them, not because those are the only foods I think are acceptable. My favorite healthy foods are pretty much the same all the time and so are my favorite treats.

Today I’ve had half a Quest Bar and iced coffee before my run.

Post run I had yogurt and fruit with nuts.

Then went to an event with California Avocados where I had half a pack of these apricot crackers upon arrival.

Lunch was the most epic avocado everything meal. (more on that soon)

And I just got home where another watermelon is calling my name.

I’ll probably have lean ground turkey with veggies and carrot noodles for dinner.

And I’m super into having a spoonful (or two) of CRUNCHY peanut butter for dessert.

I think it’s a pretty good 80% healthy / 20% indulgent balance. But it’s something I should keep better track of if I want to make sure I’m fueling in the best way possible for half or full marathon training. <- Light bulb!  To be honest, that just came to me right now because I usually make an effort NOT to keep track of anything too closely because I don’t want to obsess over it (or at least that’s what I’ve told myself).

I just wanted to share that I don’t usually post a full day of eats simply because all the Instagram accounts and Pinterest boards around now seem to have hired Martha Stewart’s personal photographer and food stylist. Everything is so perfect and delicious and the lighting is dreamy… And my salad with Sriracha and random veggies that are going to go bad if I don’t eat them today – doesn’t make healthy eating appealing.

But since I’ve been getting more requests I’ll share more meals here and on Instagram and Instagram stories (I post everything on Insta to Facebook too so if you’re not on IG, check it out there). They won’t be super fancy pictures but it can be a better picture of healthy and fun fuel.

So, I don’t know where I’m going with this now… but I just wanted to share what I’m eating.

If you need me – I’ll be in the kitchen making out with the watermelon.

Question: Can you name everything you ate yesterday?

(Don’t actually name anything – I’m just curious if you remember what you ate.)

Previous Post: « How to Make Chickpeas in the CrockPot and 10 Random Things
Next Post: How I Deal with Rejection and Mean Stuff… »

Disclaimer: I am not a doctor or registered dietitian. The views I express are mine alone, based on my own experiences, and should not be taken as medical advice. I am a certified running coach, but am sharing my own training – not providing a program for you. Please speak with a medical professional before making any changes to your diet or exercise. Affiliates: Please note that affiliate links and sponsored posts may pop up on RER from time to time. I greatly appreciate your support!  END_OF_DOCUMENT_TOKEN_TO_BE_REPLACED