Here is my Beach to Beacon 10k Recap! Excuse the delay I made a video while running the race and could not fix some of it so the video is still weird, but I’m rollin’ with it. 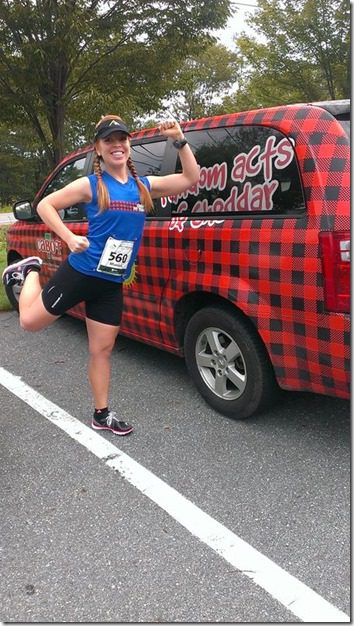 Beach to Beacon 10k is a race started by US Olympic Marathon Goal Medalist Joan Benoit-Samuelson. It is the largest road race in Maine with 6,000 runners! And it’s really difficult to get into – it sold out in under 5 minutes this year! Luckily, Cape Elizabeth residents get first dibs and 600 spots are open for them the day before registration opens for the general public. 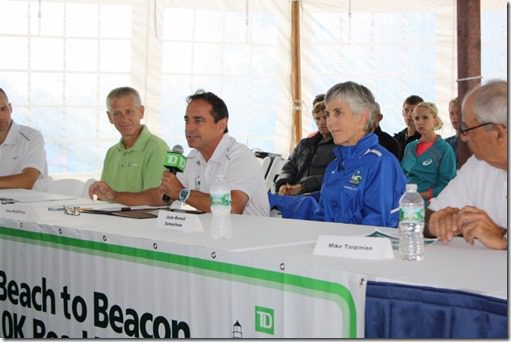 Benoit-Samuelson is a native of Cape Elizabeth and founded this race 16 years ago. She actually trained for the Olympics on part of the course – isn’t that awesome?! 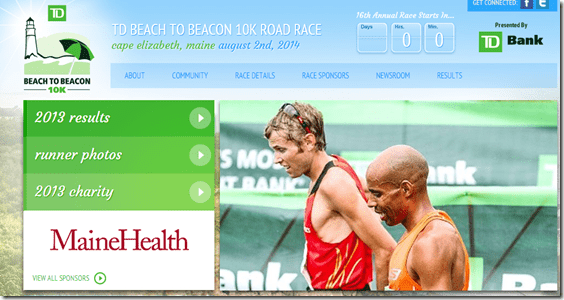 The race also raises money for a local charity each year. This year’s beneficiary, The Opportunity Alliance, will receive $30,000 from the TD Charitable foundation.

Oh, and some of the BEST runners in the world are invited to race this 10k. The line-up was amazing and included a lot of Olympians from around the world, including US runners Deena Kastor and Meb Keflezighi. 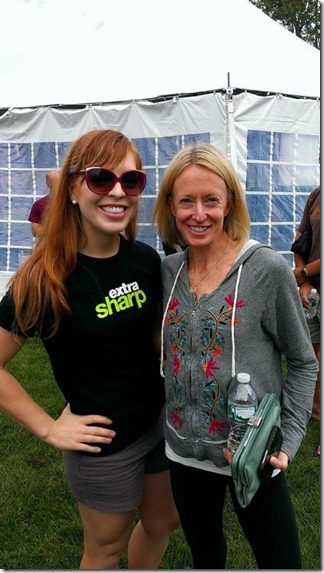 I ran the race with the Cabot Fit Team. 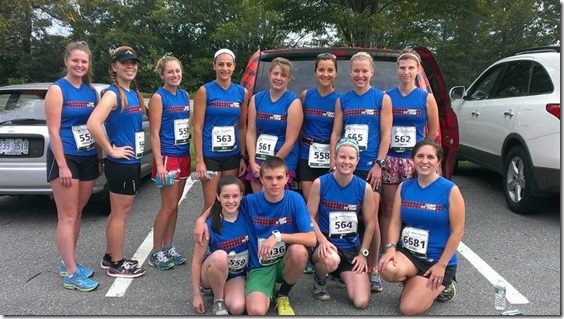 The other members of the team included:

There was pre-race coffee, water, oranges and bananas. Porta-potty lines were long, but like usual. 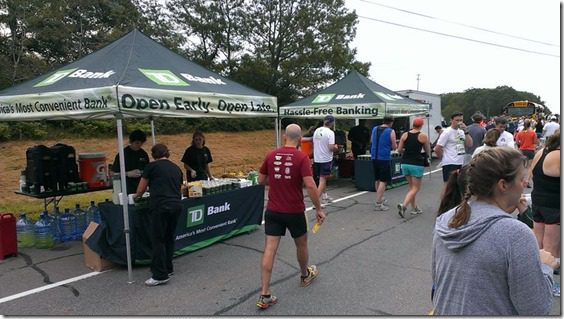 The starting line before the crowds started coming…

I left the start to hit the bathrooms and came back to this – thousands of people ready to run! There were corrals but it was difficult to get into some of them. I lined up between the 8 and 9 minute mile corrals. 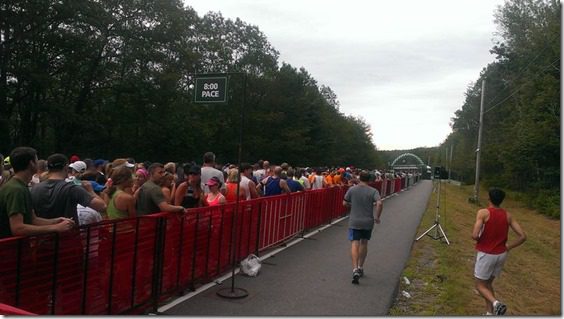 The course: Rolling hills. There wasn’t one big hill that killed, but two close together around mile 5 that were challenging. It was a very pretty course too! Very green. Supportive crowds. Good aid stations. The last stretch of the course was a little narrow and windy which made for a few bump-ins. 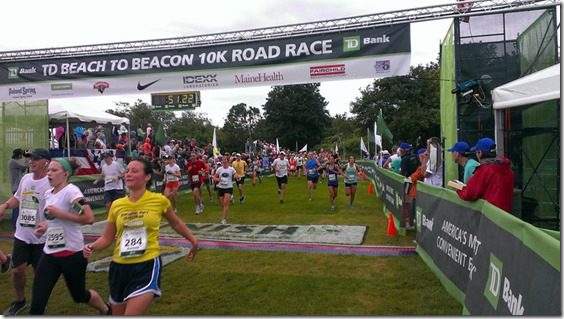 I have never done video while running before (hence the sideways FAIL) and decided to try and figure it out just as I crossed the starting line. So, I didn’t start my watch until a few paces past the start. 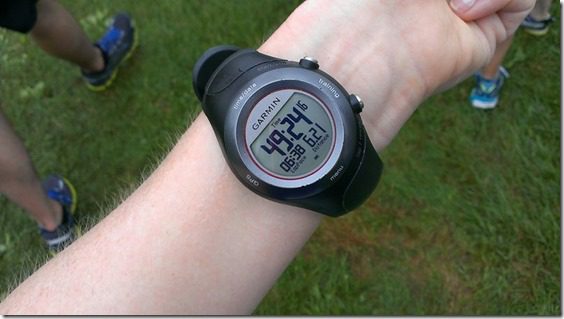 This is also my new 10k PR since I’ve only run one other 10k in my life a million years ago!

Deena Kastor placed 1st in the Master’s division with 32:28.3 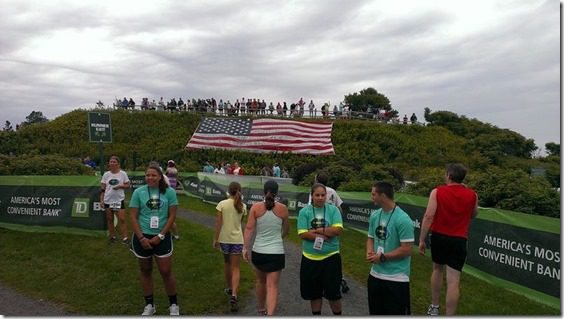 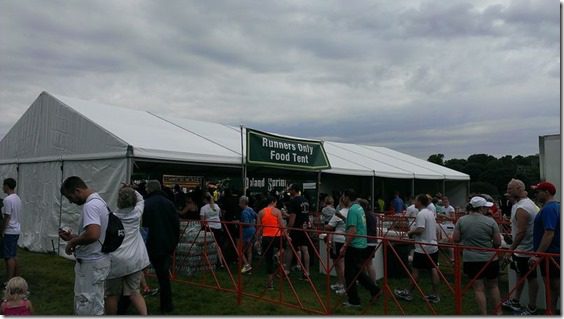 Anne and I went to check out the beacon! 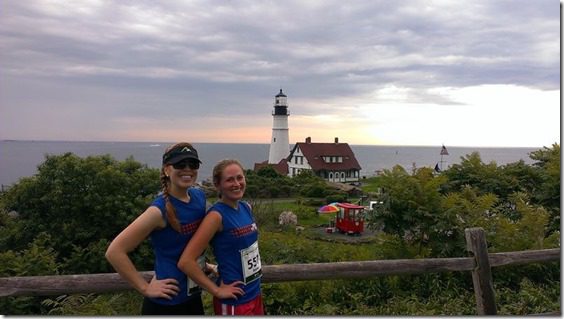 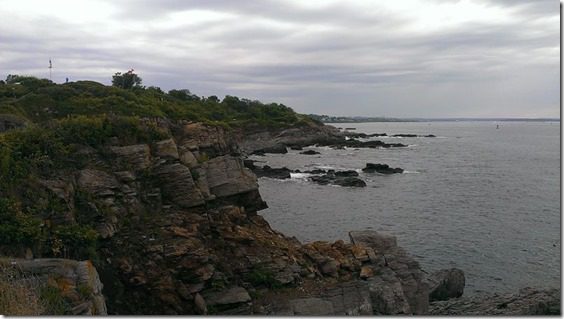 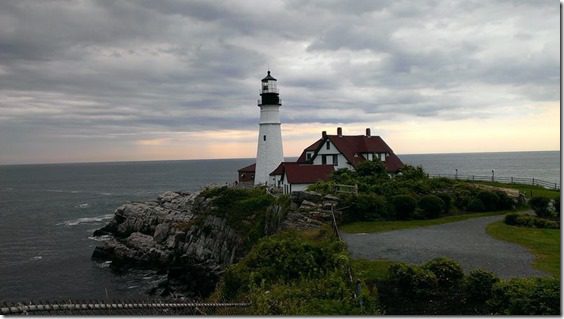 While we were taking pictures I noticed Meb run by! I freaked out to the girls and waited for him to run back around. I have a clip of him coming back in my video below! <- That is the reason I am still posting the video despite the flaws. 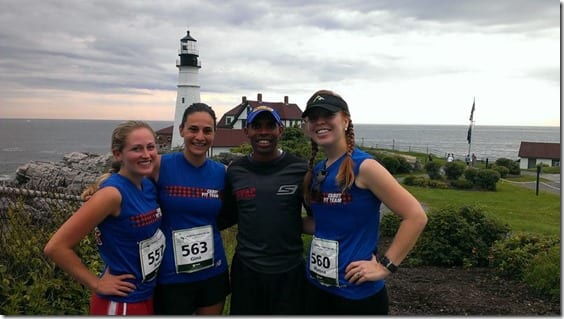 The one negative of the race was that it’s a point to point course so you have to take a shuttle back to the start where you parked. The shuttle lines were VERY long. Luckily, volunteers were walking up and down the lines handing out ice cream!!! 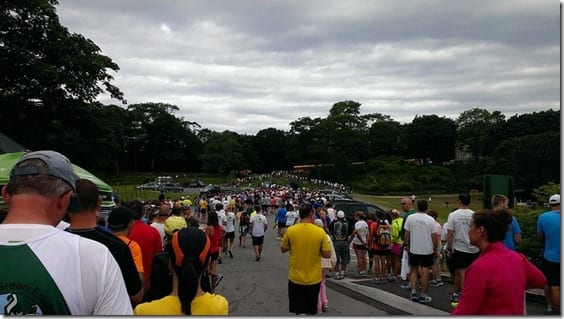 Post-race eats! After the race I was on a mission to eat lobster. I had a Maine lobster salad…. ahhhh so good. 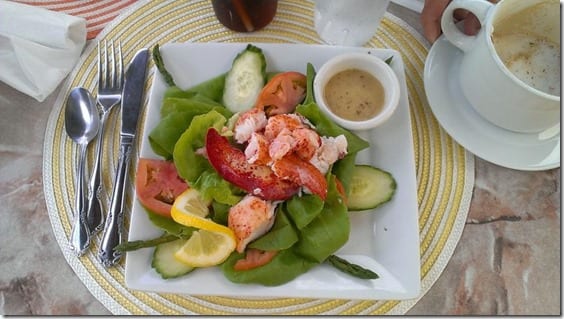 Here is my video. It’s a bit awkward because I need a new phone and need to learn how to shoot while running. But, it’s worth it because Meb waved to me.

Overall: I give the entire experience ten runner’s toes way UP! I had a blast. I met celebrities. I ate lobster. I fell in love with Maine. The end.

Question: Meb was super friendly so it was easy, but what are you supposed to say to celebrities when you meet them?

“I’m a big fan!!” or “IloveyouwillyoumarrymeCanIhavealockofyourhairComelivewithmeplease.”

Disclaimer: Please speak with a medical professional before making any changes to your diet or exercise. I am not a doctor or registered dietitian. The views expressed are based on my own experiences, and should not be taken as medical, nutrition or training advice. Please note that affiliate links and sponsored posts may pop up from time to time. I truly appreciate your support. END_OF_DOCUMENT_TOKEN_TO_BE_REPLACED