Every now and then I learn something from reality TV. Often it’s something I don’t want to know. And this week I learned something that ruined my life.

The other day I was watching old episodes from  Dallas Cowboys Cheerleaders. (I mostly watch it to feel bad about my body and get ideas on how to do my hair.)

Anyway. There was a registered dietician visiting some of the girls and raiding their fridge checking to see what they eat.

She spotted soda in a few places and said “Soda causes cellulite.”

I don’t think you understand how much seltzer I drink in one day. I have a Soda Stream AND I buy four cases of seltzer each time I go to the store (multiple times a week). Unlike everything else on RER this is not an exaggeration. 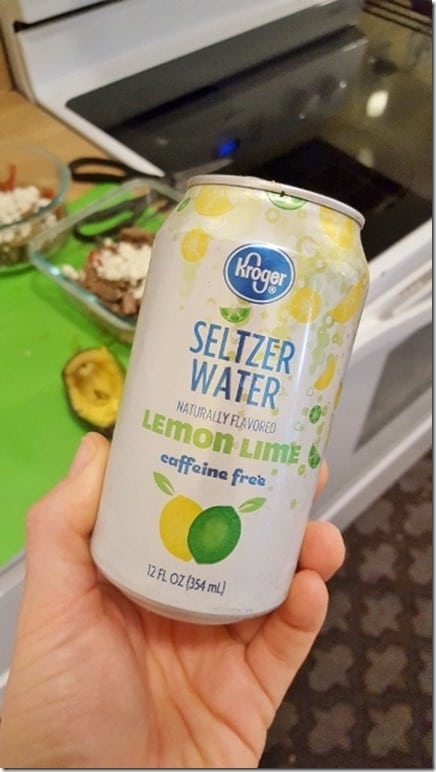 I was devastated at this news. I turned to Ben for support because Vegas was sleeping.

I feel like that’s kinda accurate since I drink so much. So either my body is completely covered in cellulite and I am in denial or this ‘fact’ isn’t true.

After I freaked out for a while I decided to actually do some research and investigate it for myself.

The consensus is: No, it doesn’t seem like that is accurate.

I’m thinking the RD meant soda because soda usually has a lot of sugar that can lead to weight gain which can lead to cellulite (not carbonation). That makes more sense, right?  (And really it would be soda in excess not one every now and then.)

I researched it online too and found no real evidence that carbonation causes cellulite. Yes, it can cause bloating if you drink a ton but that’s something else.

Carbonate is a very weak acid that becomes carbon dioxide when not under pressure, i.e. as soon as you open the bottle or the can. Carbonate does not increase acidity in the body as it gets broken down in the stomach or simply evaporates. The same cannot be said for phosphate or orthophosphate found in cola drinks which do leave an acid residue when absorbed by the body. Carbon dioxide is easily removed though the breath. Carbonate is the only innocent ingredient in fizzy drinks. Since carbonate is the substance that gives the fizzy drinks their fizz, it is contained in all fizzy drinks. Sparkling water which only contains water and carbonate is absolutely innocent and you can drink as much as you want of it, without any problems (except from stomach swelling, if you drink too much, of course)! (source)

Another good article on it – Soda and Cellulite

Moral of the story: If something you see on TV ruins your life, double check on it.

Disclaimer: I am not a doctor or registered dietitian. The views I express are mine alone, based on my own experiences, and should not be taken as medical advice. I am a certified running coach, but am sharing my own training – not providing a program for you. Please speak with a medical professional before making any changes to your diet or exercise. Affiliates: Please note that affiliate links and sponsored posts may pop up on RER from time to time. I greatly appreciate your support!  END_OF_DOCUMENT_TOKEN_TO_BE_REPLACED