I don’t know how or when exactly, but I feel like this whole intuitive eating thing has finally “clicked” for me. My system was so “off” for so long it took awhile for me to get to know my hunger signals. Yesterday I realized (more than once) when I was hungry and full. I know new born babies know when they’re hungry and it’s not that impressive, but I’m happy to be able to listen to my body now 🙂

This morning I went for a 6.5 miler. I meant to do 8, but took a different way home and it was shorter than I thought. It’s for the best because I’m still coughing up a lung.

Can you see the pink mark my sun glasses leave on my nose? Jacked up. 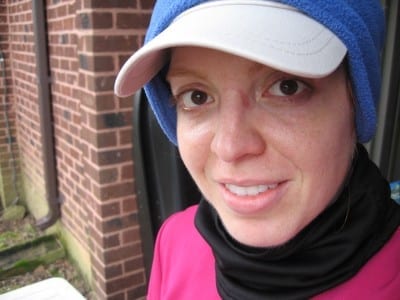 Before my run I had half an english muffin with PB. I want to keep the habit of eating something before I run on the weekends so my body stays used to it. 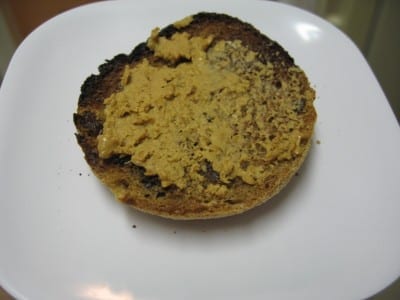 During my run I had one breakfast on my mind – pancakes! I made them with egg beaters, oats, ww flour, vanilla, baking soda and cinnamon. Super Yum Time! 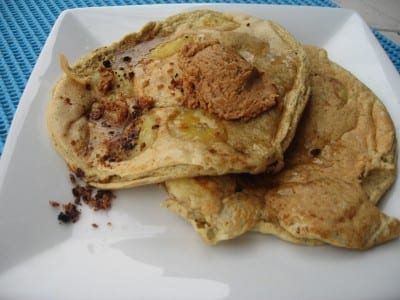 I tried to “melt” the PB in the microwave to make it easier to spread – but it burned?! I guess this since this Naturally More PB has egg whites and junk you can’t do that. I had a little ball of charcoal in the middle of the lump of PB after 45 seconds in the microwave (and we have a weak micro). 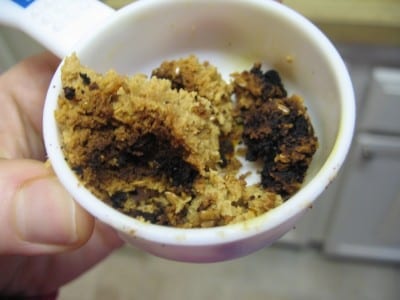 I didn’t realize until I dumped it on top of my pancakes that it was burned in the middle. It crumbled the ash on my ‘cakes! 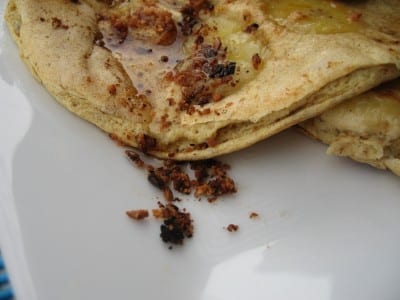 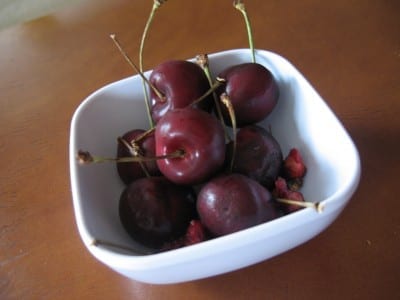 and picking out baby names. No, we’re not trying to have a baby, but Ben and I were watching “I Didn’t Know I Was Pregnant” and thought it would be horrible to have a baby unexpectedly and then give it a bad name. So, we are preparing. You better think of names too…you might not know you’re pregnant! Apparently it happens more than I realized…

Ben’s Random Thought of the Day:

Ben says he’s feeling sick now too. He said it sucks being married to a marathoner because he can’t complain. Every time he feels ‘ache-y’, I can say, “Oh yeah, I felt like that too. Then, I ran 26 miles…”

Me: I’m not like that, but I think it’s cool he thinks running a mary is so hardcore 🙂

Disclaimer: Please speak with a medical professional before making any changes to your diet or exercise. I am not a doctor or registered dietitian. The views expressed are based on my own experiences, and should not be taken as medical, nutrition or training advice. Please note that affiliate links and sponsored posts may pop up from time to time. I truly appreciate your support. END_OF_DOCUMENT_TOKEN_TO_BE_REPLACED