Thank you so much for all the cheers on my Santa Rosa Marathon recap. More thoughts on that coming soon.

I am feeling really good considering I ran 26 miles hard (for me) yesterday!! My quads would like a rub and my ankle is still tight, but nothing major at all.  I took a little walk with my favorite SR this morning and will probably do some stretching later, but most of this week will be Rest, Eat, Repeat. 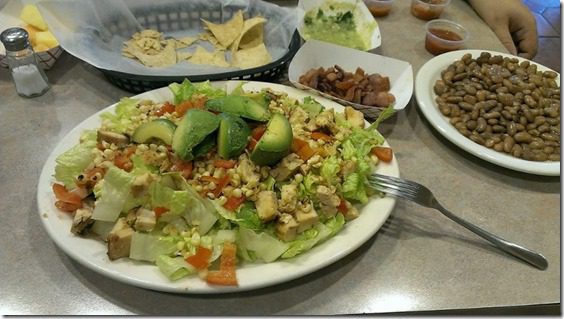 I am focused on recovering this week, but I am also working with the ING New York City Marathon team. Steve, Dave, Jen and I are sharing our mid-week workouts every week until the race to help keep you (and us) accountable! 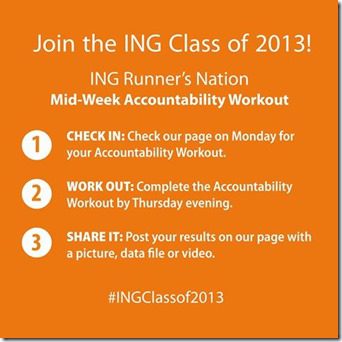 Since mid-week workouts are the hardest to stick to we are checking in on the Runner’s Nation Facebook page to report out goal workout for the week and then checking back in when it’s done.  Join us!

This week is my week, so here’s my mid-week challenge. I’ll probably wait until Thur or Fri to run it since I need some rest. 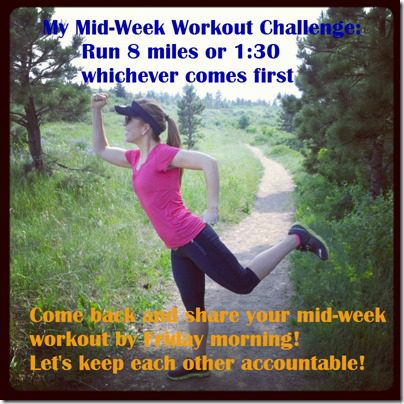 Last week I had the opportunity to interview James Marshall on his epic Marathon across the Sahara desert.

He completed the Marathon des Sables which is 6 marathons in 5 days! The temperatures can reach 134 degrees and you have to carry most of your stuff with you. It’s crazy! And amazing.

Watch the video below for some inspiration. And here’s my interview with him:

RER: When did you start running?

Marshall: I ran before I could walk I think. Running is where I feel the most peace, most calm.

RER: How did you get into ultra-running?

Marshall: I don’t think I deserve to be called an ultra-runner!

(Oh my gosh, he totally does.)

RER: Why the Marathon des Sables?

Marshall: I’ve done a bunch of marathons before, but this is something beyond anything I could imagine. When you run a marathon you push yourself very hard. You feel sore the next day. But, knowing I had to run 6 marathons in 5 days, I was really struggling to get my head around it.

RER: How did you train for the race?

Marshall: I went to a place that focuses on preventative medicine. They take a holistic view of things. We planned how to fuel my body as efficient as possible. Also, how to train your mind beyond anything it’s gone to before.

RER: I watched the video and saw you had some really bad, painful looking foot problems. How did you deal with that out there?

Marshall: It was a real emotional, mental stumbling block. I was in a lot of pain. I didn’t sleep very well. I woke up and gave myself a talking to, people have babies and go through a lot worse pain in life. Suck it up and deal with it.

RER: What did you eat out there?

Marshall: My body burns calories very quickly, even more so when it’s 110 degrees and your body is burning to keep it cool.

I had to carry everything on me from day one. We researched what food would give me the highest amounts of calories in the smallest amount of weight. Things like peanuts and dates were some of the it. Also, freeze dried foods.

RER: What did you eat as your ‘victory meal’?

Marshall: At one point I think I was hallucinating a little bit. I have a low meat diet, but I must have been craving protein because I thought I could smell steak out there. I think I lost 15 pounds of muscle in those days. So, after I had steak and beer.

Of interest: The Santa Rosa Marathon winner’s results were delayed 3 hours because the 1st & 2nd place guys accidentally went the wrong way. What?!

Question: Is it harder for you to workout on the weekdays or weekends?

Previous Post: « Santa Rosa Marathon Results and Race Recap
Next Post: Five Things to Do After your Half Marathon or Marathon »

Disclaimer: Please speak with a medical professional before making any changes to your diet or exercise. I am not a doctor or registered dietitian. The views expressed are based on my own experiences, and should not be taken as medical, nutrition or training advice. Please note that affiliate links and sponsored posts may pop up from time to time. I truly appreciate your support. END_OF_DOCUMENT_TOKEN_TO_BE_REPLACED