Happy Tuesday! It was rough waking up this morning because I just had to stay up and watch the RHWOBH Reunion – anyone else?

After teaching boot camp I decided to head home for breakfast before running. At this point I’m playing it by ear stomach and deciding day by day. 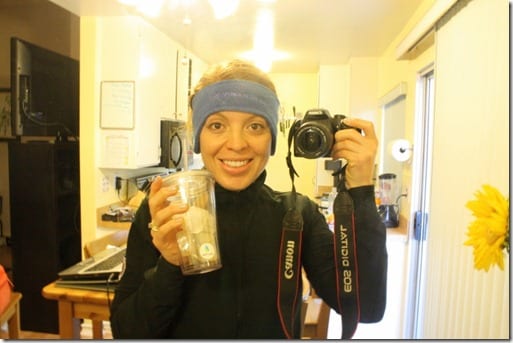 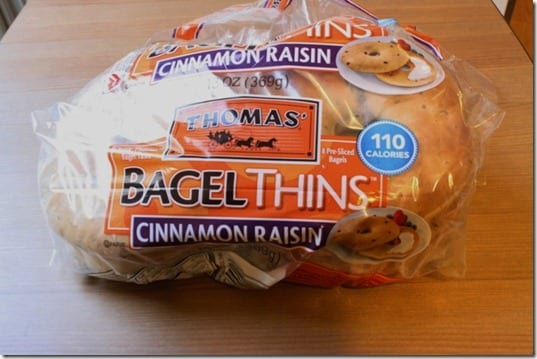 But, this got me thinking… When I hung out with my friend Susan recently we stopped at the grocery store for a snack she said she never has bread at home. 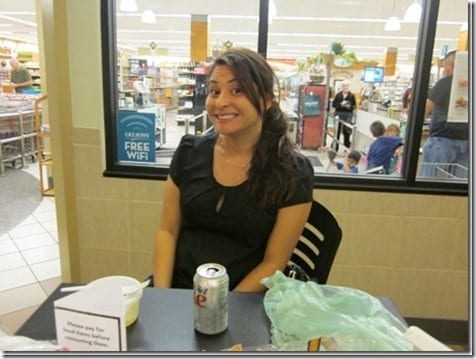 I thought this was so weird since I ALWAYS have bread and eat it sometimes 2-3 times day. I’ve let myself run out of bread once since then and didn’t die (it was pretty close though). And that little experiment made me realize how much bread I eat! I eat PB&J toast before runs, bread with breakfast, egg sandwiches, garlic cheese bread…you get the idea.

I’m not trying to cut out bread because I don’t think there’s anything wrong with it. Like my favorite Sh!t People tell their trainers video said, “People have been eating bread for centuries!” But I am going to try and opt for a bigger variety of whole grains for carb-age.Woman cannot live on bread alone, right?

I used my Cinnamon Bagels to make french toast. Dip it in some egg whites, dust with cinnamon and chia seeds, cook. Topped with PB & syrup. 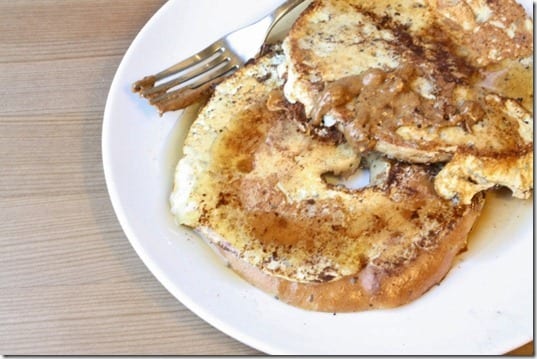 Okay, I should get in a quick run because I have a pile ‘o emails and clients this afternoon.

Disclaimer: Please speak with a medical professional before making any changes to your diet or exercise. I am not a doctor or registered dietitian. The views expressed are based on my own experiences, and should not be taken as medical, nutrition or training advice. Please note that affiliate links and sponsored posts may pop up from time to time. I truly appreciate your support. END_OF_DOCUMENT_TOKEN_TO_BE_REPLACED