Hello and Happy Sunday! I’m interrupting the regularly scheduled Pancake Sunday breakfast for a fun new recipe. I got the idea from Tripe D (Diners, Drive-ins and Dives), see I told you I’m obsessed with that show!

This morning I made a Peanut Butter Banana and Jelly Omelet. 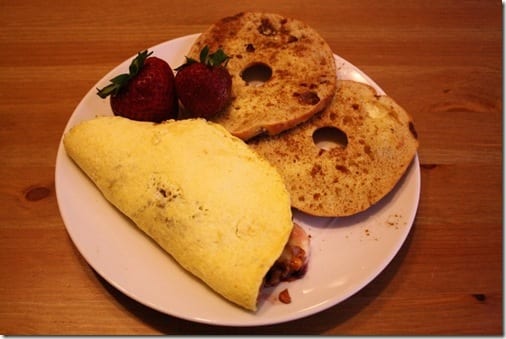 It started out like a typical omelet recipe except I added vanilla extract, a dash of stevia and salt to the eggs. 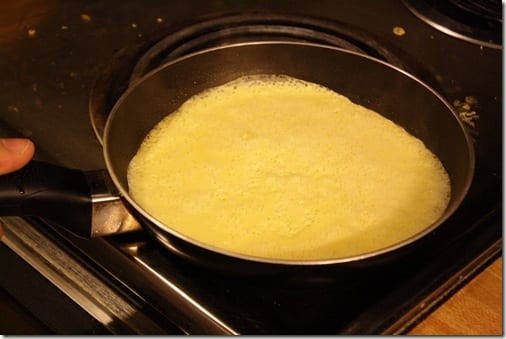 After it was flipped (Ben helped on this because it’s his specialty) I loaded it up.

I spread  peanut butter, jelly and sliced bananas on the eggs. I also added a sprinkle of cinnamon. Then, fold over as usual. 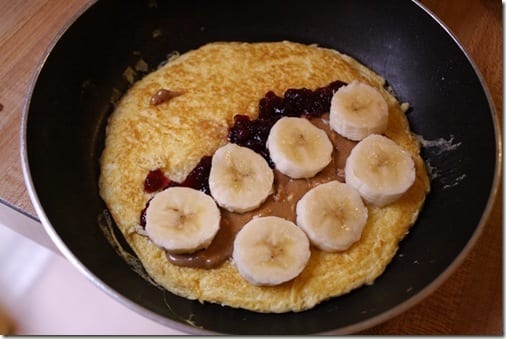 Look at that melty banana and peanut butter goodness. Mmmmmm. 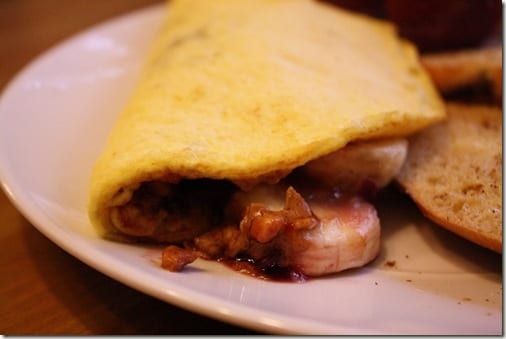 You can make a straight up PB&J omelet, but the banana took this to another level. Cooked banana is really one of the best things ever. 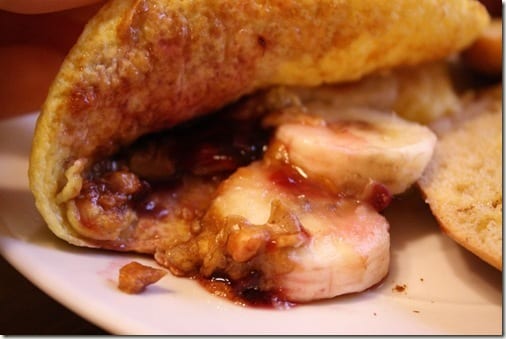 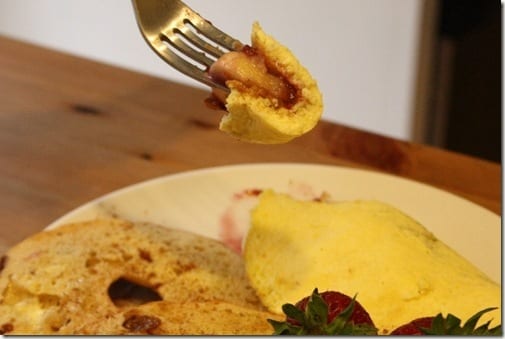 I served my peanut butter, banana and jelly omelet with a Cinnamon Raisin bagel thin spread with butter and sprinkled with stevia and cinnamon. Ben still made pancakes, so I stole a bite of that too 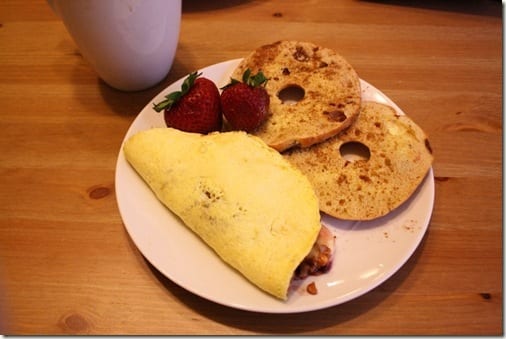 One more thing –  Last night I had some tea and graham crackers. I am totally loving these new grahams! 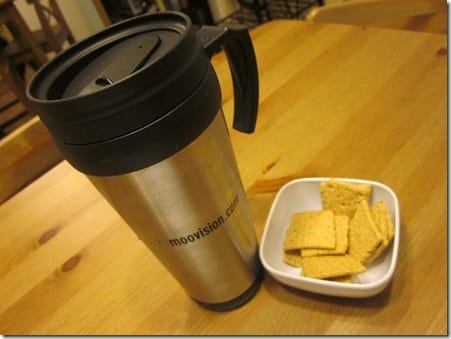 Have a great Sunday!

@runeatrepeat - I run because...

Why do you run? @runeatrepeat - I run because...

Disclaimer: I am not a doctor or registered dietitian. The views I express are mine alone, based on my own experiences, and should not be taken as medical advice. I am a certified running coach, but am sharing my own training – not providing a program for you. Please speak with a medical professional before making any changes to your diet or exercise. Affiliates: Please note that affiliate links and sponsored posts may pop up on RER from time to time. I greatly appreciate your support!  END_OF_DOCUMENT_TOKEN_TO_BE_REPLACED