Hello!! How are you? I have huge reunion news in RERland!! Are you ready for it?…

No, not Toby from The Office. Even though I am 1000% obsessed with that show right now.

I can’t go to sleep without at least watching 1 episode. Even if I come home super late and slightly buzzed… I put on an episode so I can fall asleep with Michael Scott and the whole gang.

Anyway. Toby the cat is a lil furry friend I made a long time ago. I saw him on a run one morning and he was so friendly we chatted (read as: I pet him and took pics).

I haven’t seen him in months – maybe over a year!! So I thought he moved. Nope. I saw him this morning!! I posted a short video on my Instagram stories and only got his picture of him… 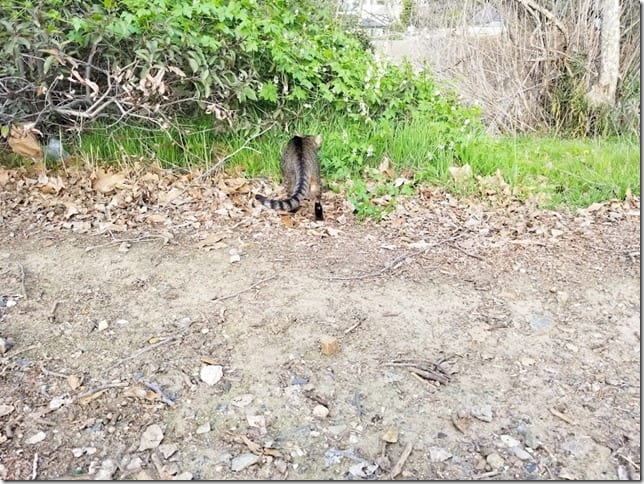 Frank was the guy I saw something like 3 years ago at the Wine and Dine Half Marathon at Walt Disney World and I recognized him from the running path in Orange County!! It was so random to see him there and we hadn’t met before but I went up to him and said ‘Hi! I’m a weirdo. I’ve seen you on the running path in Mission Viejo and followed you here because I have no friends…”

Well, that’s not exactly what I said but something like that.

The point is – I met him that day and for whatever reason told myself his name is Frank and thought Frank and I were friends. And I would wave to him every now and then on the path and think about that time we ran a race in Orlando…

A few months ago I announced that I was going to actually talk to Frank and see if he remembered me….

Turns out… I don’t think he did. And his name is Bob. (I think…. I can’t find the post about it now but I’m pretty sure.)

Moral of the story: You read the blog of a real weirdo.

Also – I saw both Toby and Frank today and I haven’t seen them in a long time!

Oh – this is a running and food blog or something, right? I should mention I ran 11 miles this morning – my longest mid-week run in a long time too! Boom. 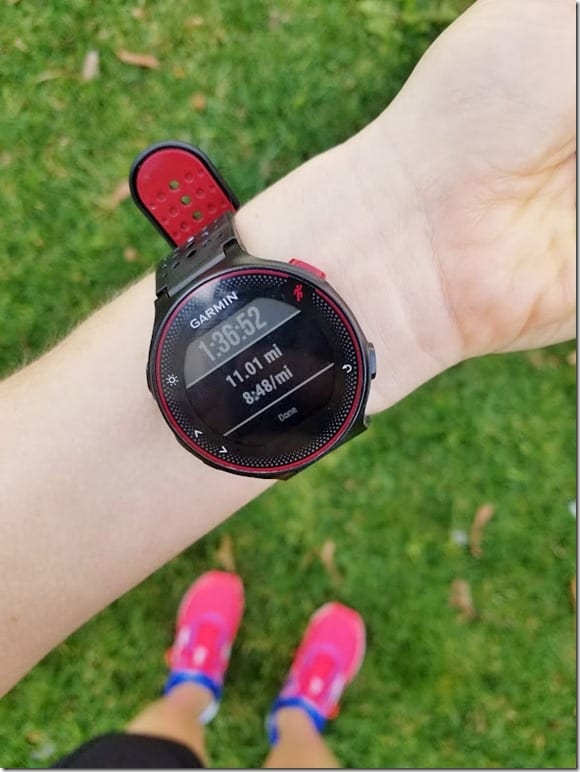 And I pretended to be fancy on Friday and went to a tennis match at Indian Wells near Palm Springs. I’ve never been to a ‘real’ tennis match and this was pretty fun and definitely not like what I pictured random sporting events to be like – mostly because people are quiet and I’m not. 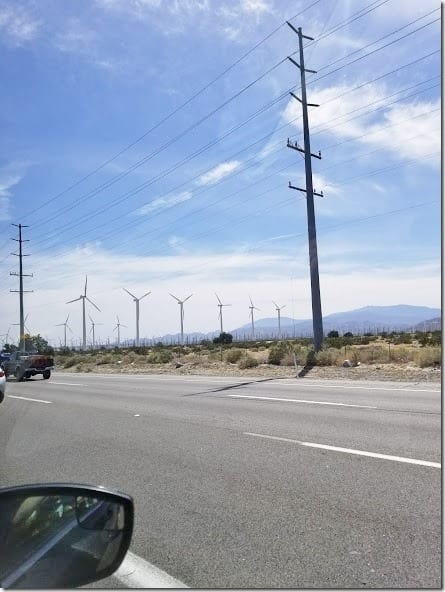 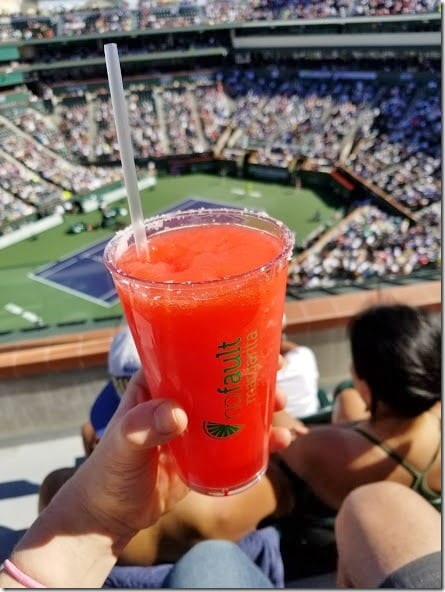 I had a frozen margarita, salad and coconut water… and maybe another margarita. 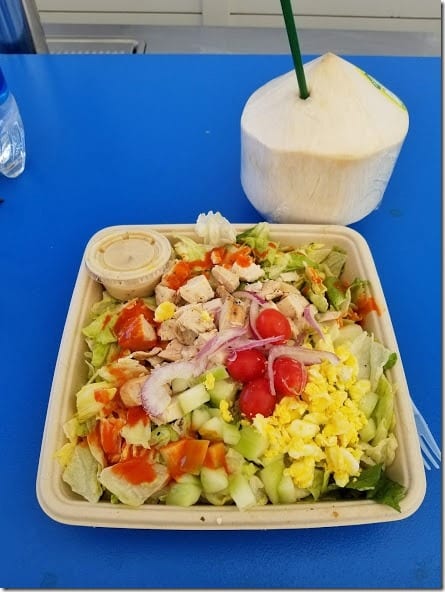 In other food news…

I’ve just been a Snacky McSnackerson lately. I was doing pretty good with avoiding random snacking for a long time but this week it’s been out of control. Vegas likes chewy oatmeal bites too! 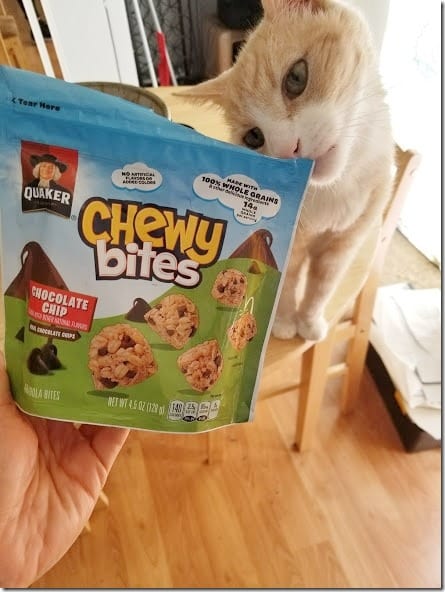 Most of the time it’s the most random mix of nuts and dried fruit and whatever else I put on a plate. 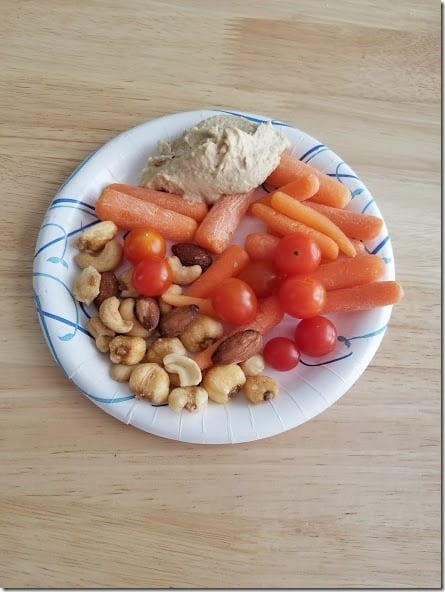 Oh! And speaking of Vegas we both want to update you on our other workouts for this week…

Yesterday was a strength training day for me: 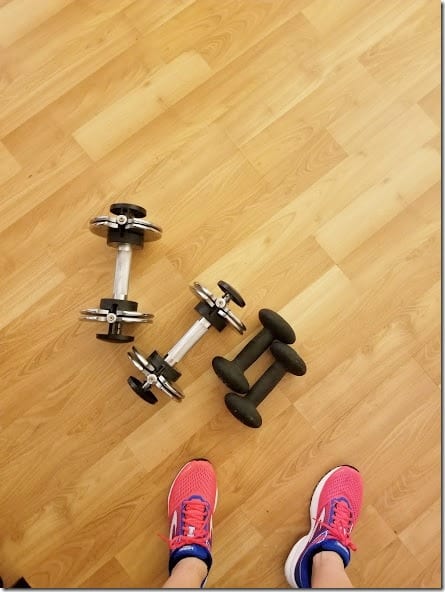 And a rest day for Vegas… but I think he’s doing it wrong? 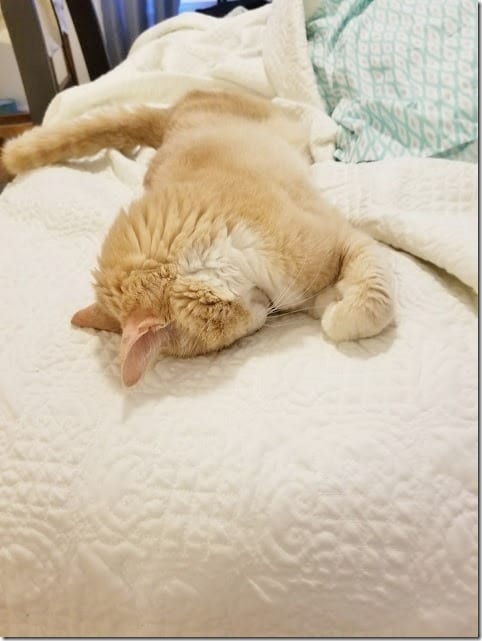 I woke up so early today I had 2 breakfasts… this is the second one – oatmeal with raisins, pecans, cinnamon, blueberries, banana, nuts and chia seeds. 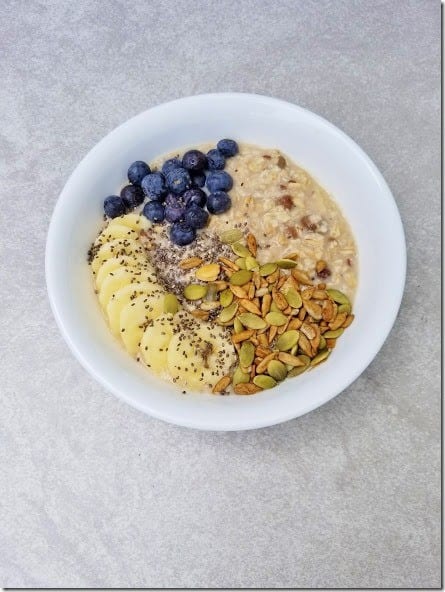 Previous Post: « What to Eat Series to Fuel Your Full or Half Marathon Podcast 73
Next Post: I’m obsessed with EVERYTHING bagels and bagel seasoning and »


Do you drool in your sleep?

Disclaimer: Please speak with a medical professional before making any changes to your diet or exercise. I am not a doctor or registered dietitian. The views expressed are based on my own experiences, and should not be taken as medical, nutrition or training advice. Please note that affiliate links and sponsored posts may pop up from time to time. I truly appreciate your support. END_OF_DOCUMENT_TOKEN_TO_BE_REPLACED