I ran the Revel Canyon City Half Marathon today! Oh, and I PR-ed!!! That was a very pleasant surprise! 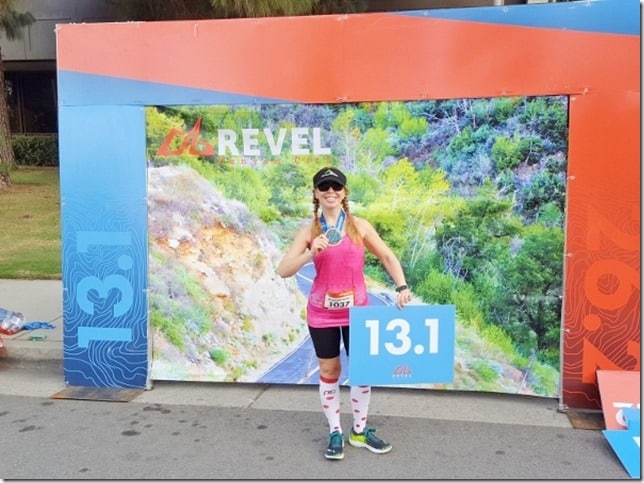 Let’s start from the beginning…

Revel Canyon City starts in Azusa, a city northeast of Los Angeles. It’s about 52 minutes away from me. And you have to park at the finish line and catch a bus to the start no later than 5:30am. Working backwards that means I woke up at 3:30am to get out the door by 4am.

So, I set everything out the night before to make it as easy as possible to wake up, change, grab my stuff and get on the road!

My pre-race gear: sunblock, Pro visor, O2 Gold, Nathan belt, Spark (that I mix the night before and put in the fridge), watch, sunglasses… 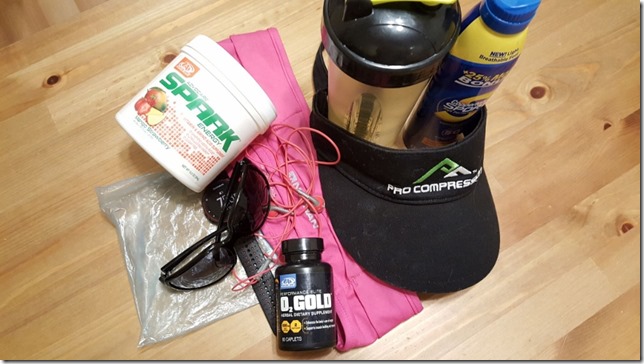 I got to the parking lot and jumped on a bus by 5:15am. The ride up to the half marathon start line is about 30 minutes.

I sat next to a girl who was running her first half marathon. It was fun to talk to her about it. She was nervous and I told her it was going to be AWESOME. I love talking about running so I probably blabbed on and on, hopefully it distracted her. 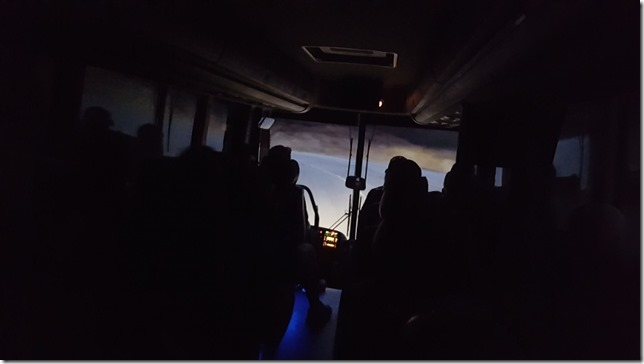 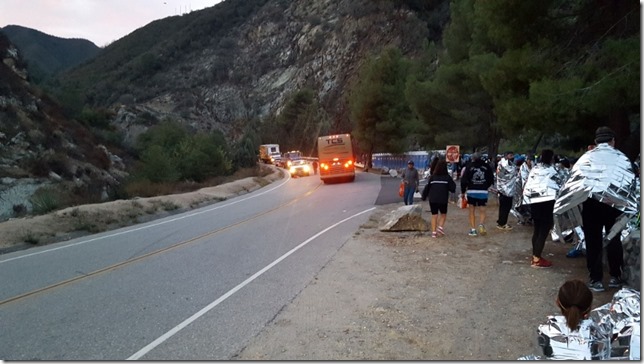 The buses dropped us off and all the half marathon runners were waiting around, peeing, eating, resting, stretching… 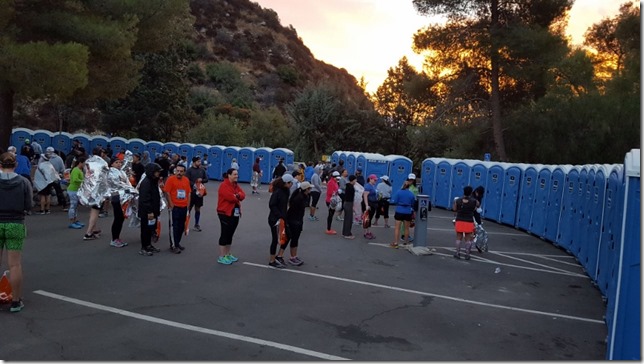 Last year I ran the full marathon – that starts another 13.1 miles up the mountain and it was freezing! So, I was prepared and wore a sweatshirt and raincoat to help me stay warm. 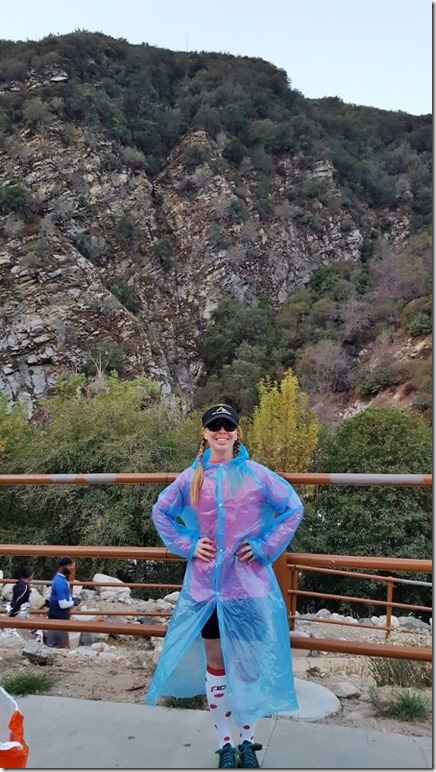 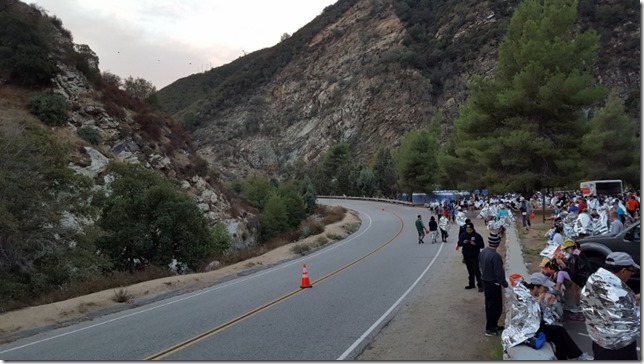 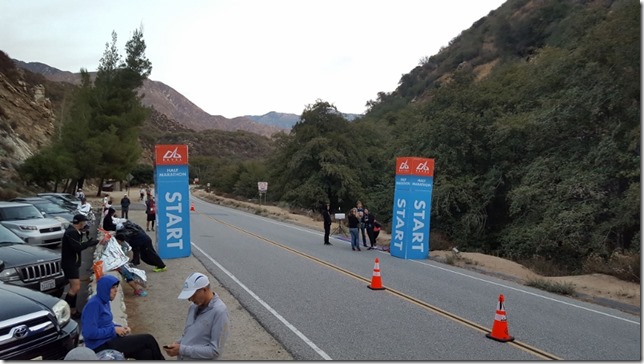 (I tried to wait until the guy behind me moved away to snap a selfie, but that was taking forever so I just went for it.) 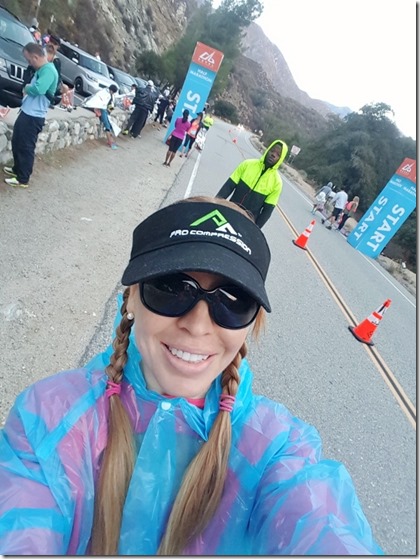 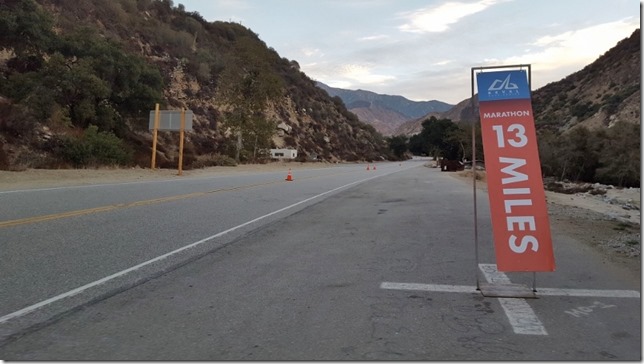 I walked around and warmed up until it was time to start. As I was pacing around nervously I spotted something you don’t want to see before a race…

Luckily, it was an old animal skull, but still kinda weird. 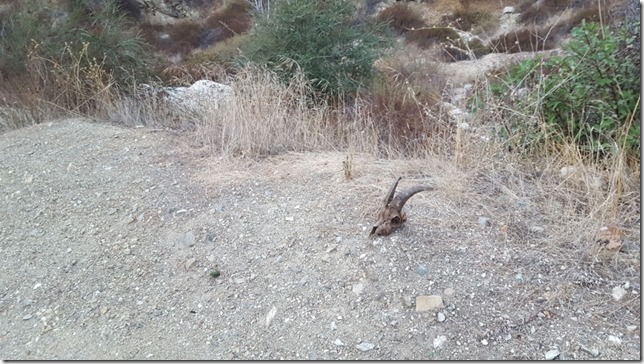 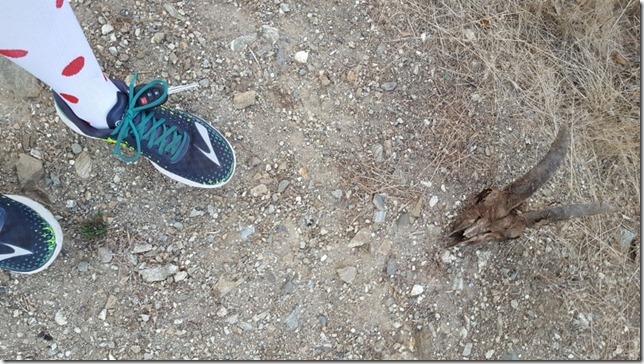 Then, it was GO time! 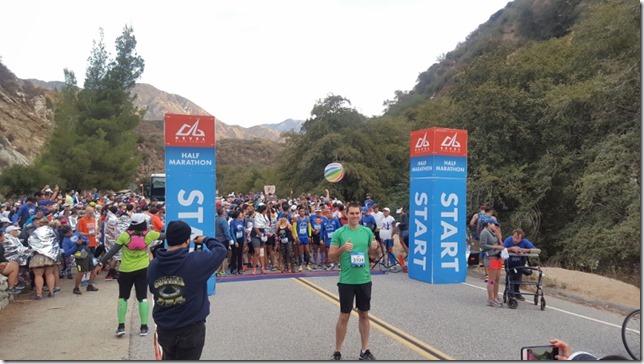 The race course is really gorgeous. It winds down the canyon and there are some great views. The only drawback is there are not spectators until the very end when you get into the city. 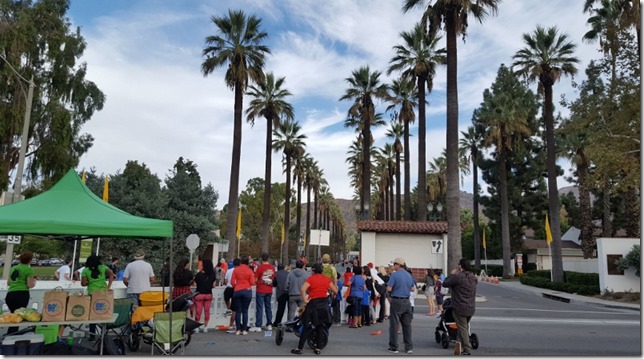 I thought it was a downhill race but I remembered it wrong. The first half of the full marathon course is all downhill. But I do remember a hill around mile 15 (which is on the half course). The half course has a good amount of downhill sections, but there are some inclines too. 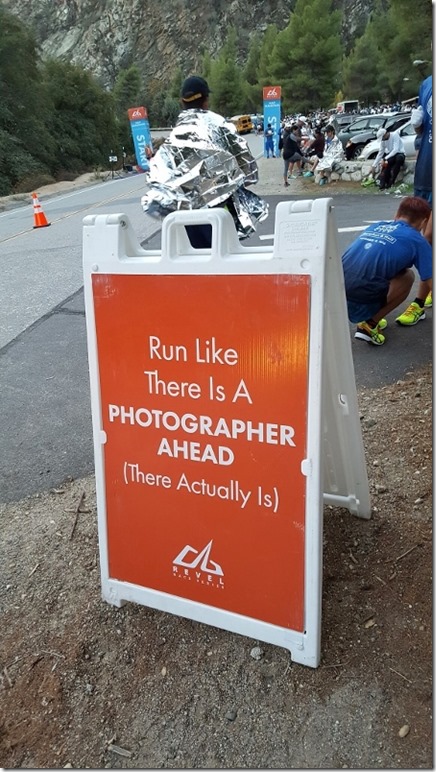 I just decided to push it since the downhill sections made me feel speedy. There were a few times I felt like I was really slowing down, but I just did what I could. And it worked – I had a really strong race and finished the half marathon in 1:41:26.

Turns out that is a new half marathon PR for me! I did NOT expect it at all. 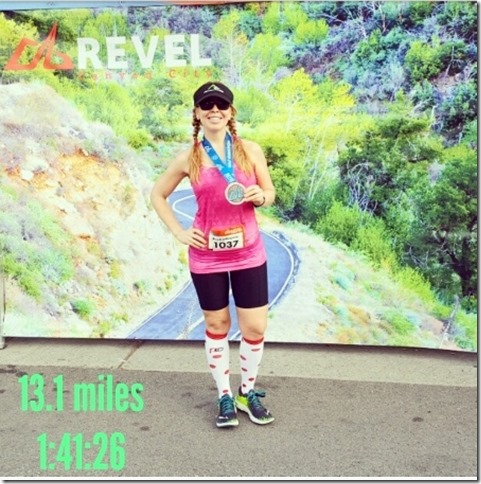 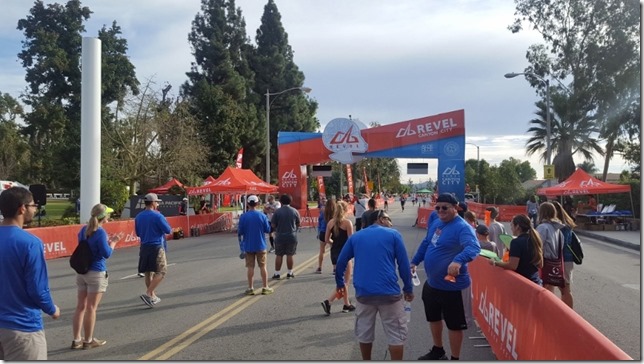 During the race I found Pam and ran with her for a while. Pam is super fast, but recovering from an injury so she was just my speed today. It gave us time to catch up! She might replace SR (who ran this race with me last year but has since ditched me to start a new life in Seattle). 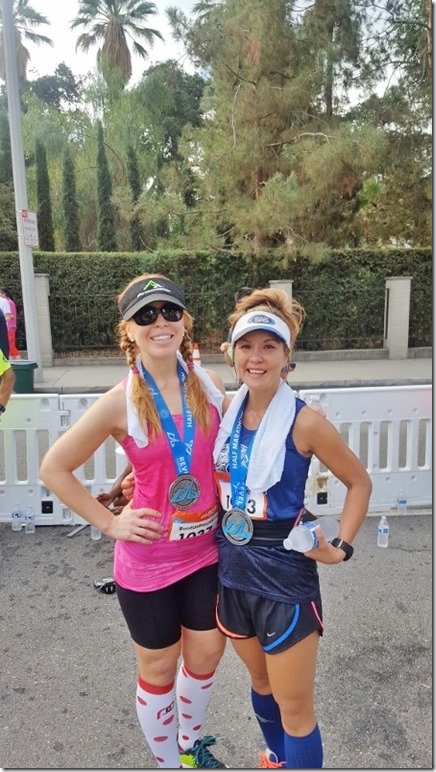 We also met Dana at the finish line! She had a great race too. Love meeting running peeps at races 🙂 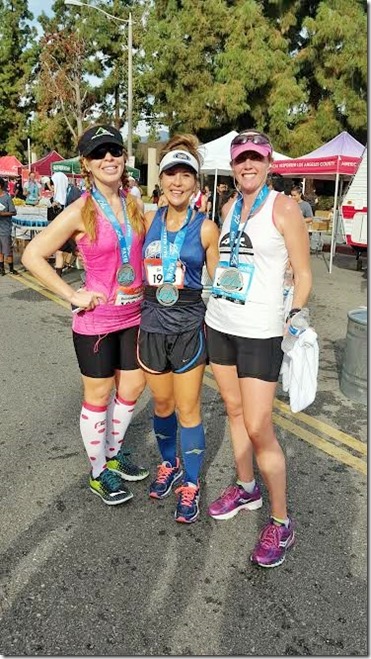 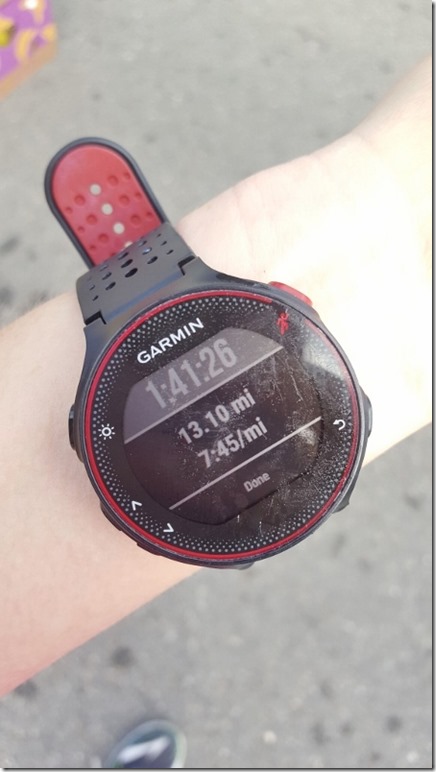 The Revel Canyon City race is really well organized, has a great course and a lot of good perks. They give runners a solar blanket, beanie and gloves for before the race. The race tee is a pretty navy blue. And after the race you get pizza and pie. Hello, yes. 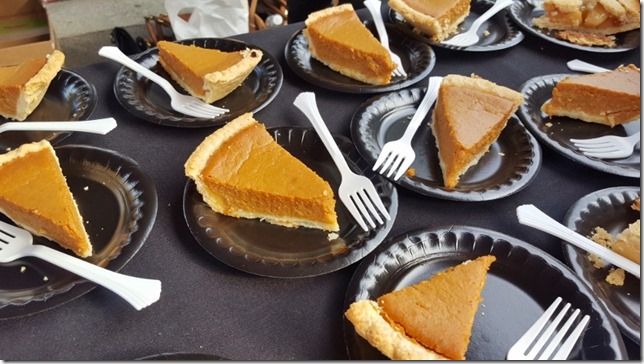 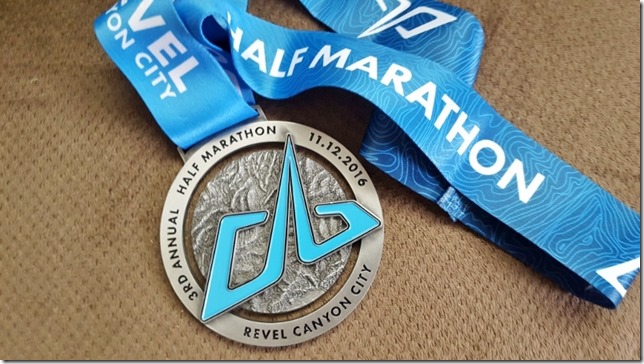 Great race. New PR. Pie. Running with friends. It was the best. 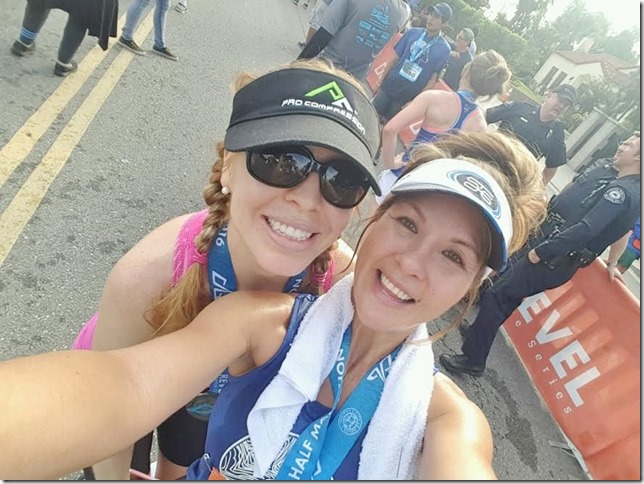 REVEL is a race series with four races. The other upcoming races are in Mt. Charleston and Denver

Pile on the Miles Day 13

This week’s Pile on the Miles Challenge is sponsored by my favorite hummus company ever – SABRA.

The company recently came out with a line of sandwich spreads. Check out this Roasted Sweet Potato Ham Sandwich featuring one of the spreads by Running to the Kitchen. 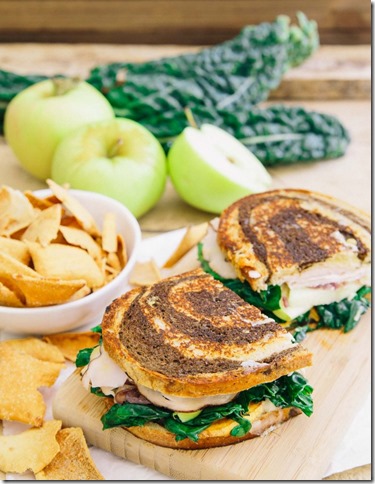 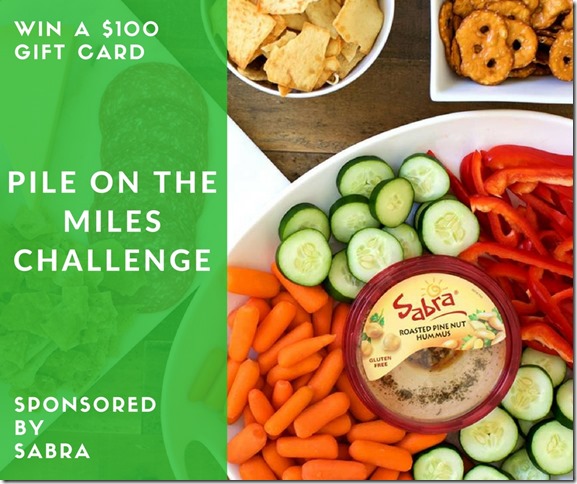 This week’s POTM prize is a $100 Amazon gift card! Pile on the Miles. Check in here everyday. That’s it!

Leave a comment on this post and you’ll be entered to WIN the gift card! Closes tomorrow at 9pm PST.

*Use #RERMiles on social media to share your progress!!*

Question: What are you going to Pile on the Miles today?

Me: Since it’s the day after a race I’ll probably take a long walk and stretch.

Disclaimer: Prizes provided by Sabra. All opinions are my own.

Previous Post: « Pumpkin Protein Shake and Pile on the Miles Day 12
Next Post: I don’t have sisters, but these girls are pretty close… »

Disclaimer: I am not a doctor or registered dietitian. The views I express are mine alone, based on my own experiences, and should not be taken as medical advice. I am a certified running coach, but am sharing my own training – not providing a program for you. Please speak with a medical professional before making any changes to your diet or exercise. Affiliates: Please note that affiliate links and sponsored posts may pop up on RER from time to time. I greatly appreciate your support!  END_OF_DOCUMENT_TOKEN_TO_BE_REPLACED