George slept through my good-byes… 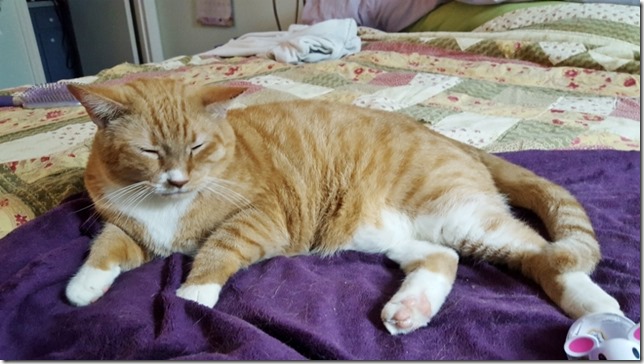 Bear dragged himself down the stairs (literally) to see me off… 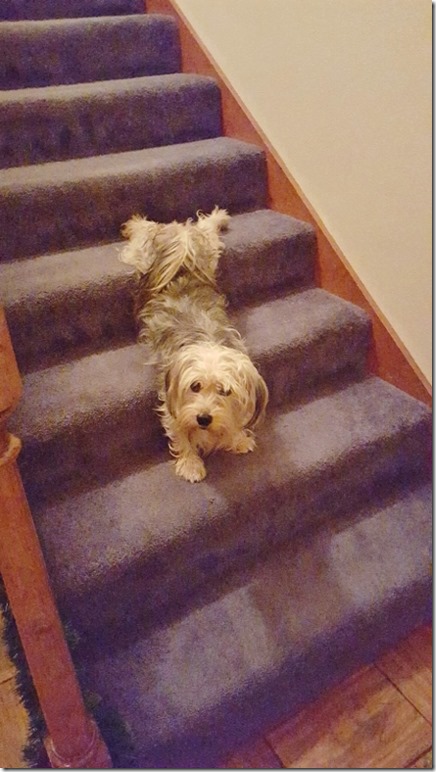 (There’s nothing wrong with his body, he just doesn’t know how to climb down stairs. He drags his back legs the whole way.)

And I suffered through a 5.5 hour flight from FL to CA. Rough life huh.

After a 3:00am wake-up call I needed this upon arrival to LAX. 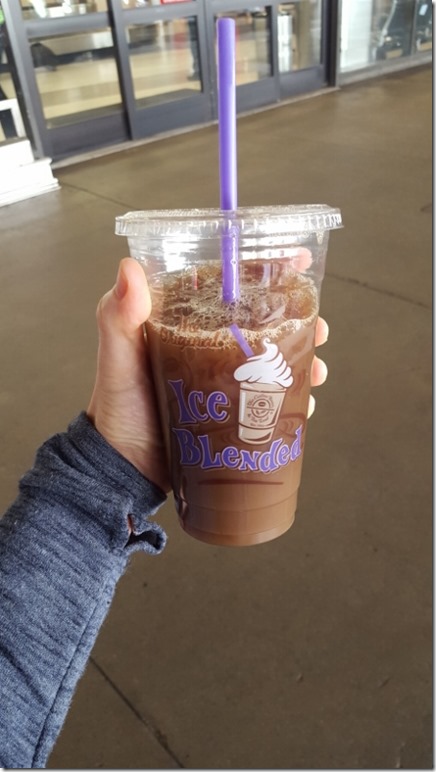 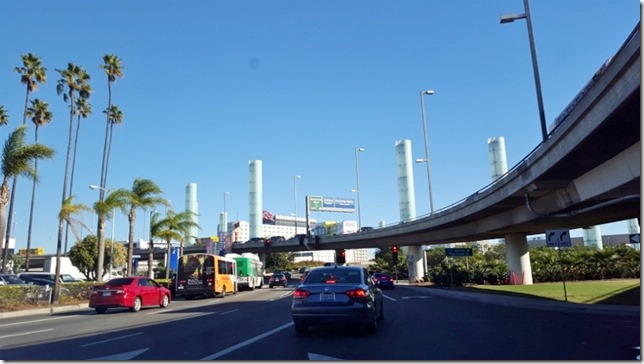 I came back just in time though – today is my little brother’s birthday!!!

I didn’t expect to be back today so I actually baked him cupcakes before I left and stored them in my mom’s freezer to keep until his birthday. Remember that day last week when I ate 5 cupcakes for dinner? I do. It was a low point awesome. 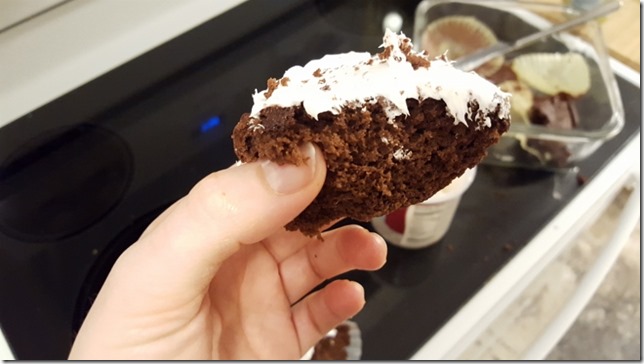 My baking extravaganza was all part of my cupcake surprise! I wanted him to have one for his birthday breakfast. Luckily, my flight this morning got in early enough that I was able to sing him Happy Birthday! 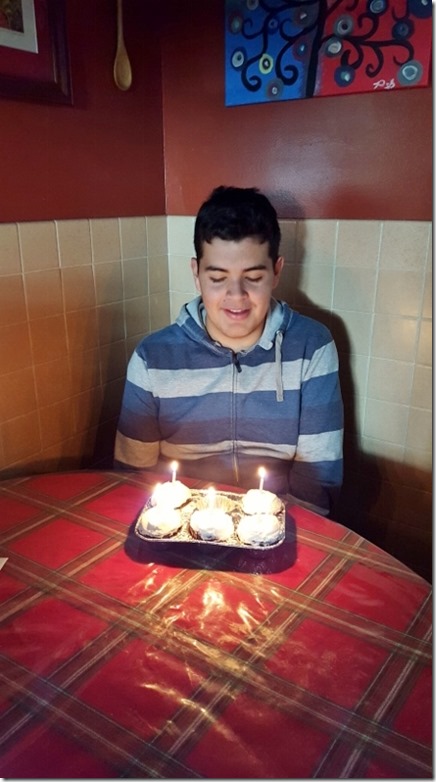 And watch him enjoy one of the special birthday cupcakes… 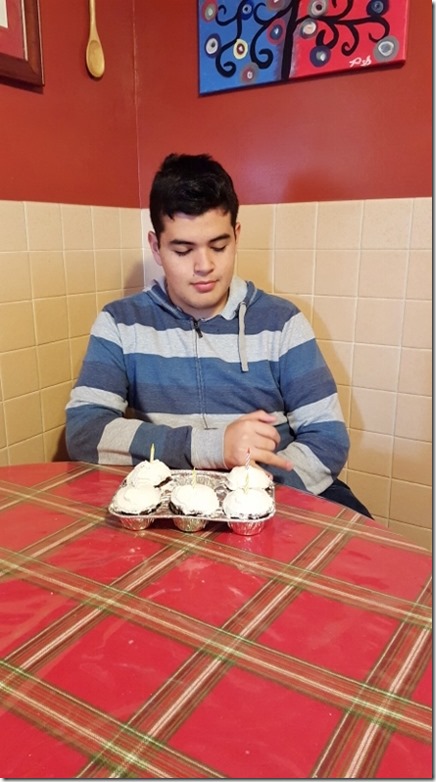 Wait. Maybe I made them wrong. There is something in them… 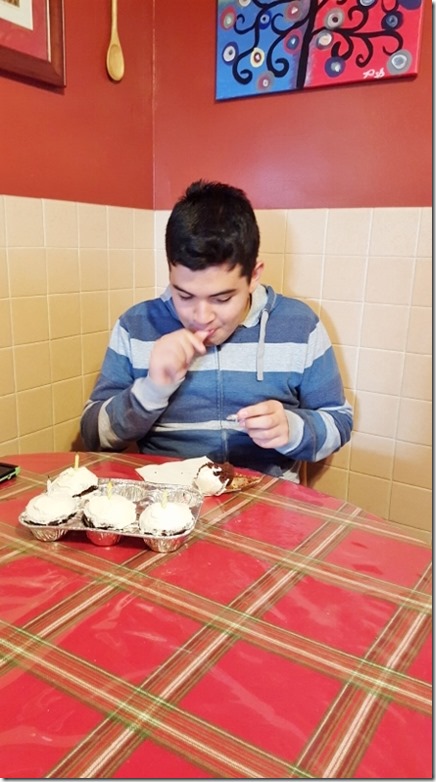 I wrapped some money in wax paper and stuck them in the cupcakes. That’s the surprise! 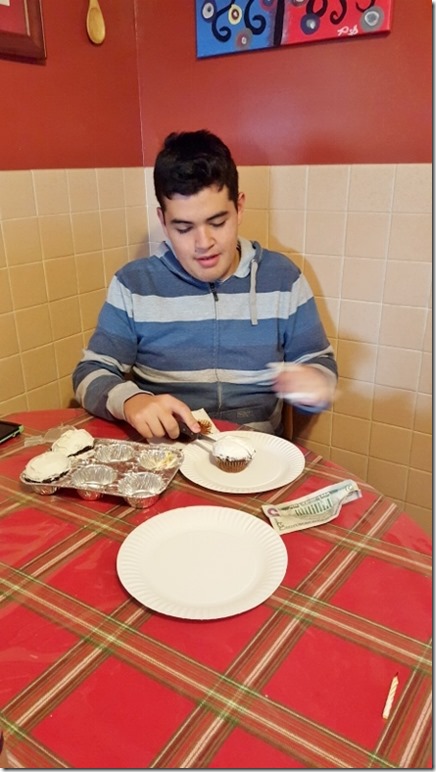 I wasn’t sure if there was an official way to make money filled cupcakes so I perused the Google. But, the only thing I found was silver dollars or coins baked into cupcakes. I didn’t want to do that so I found my own way to put money in the cakes…

I made them like usual. While they cooled I folded up money and wrapped it in wax paper. 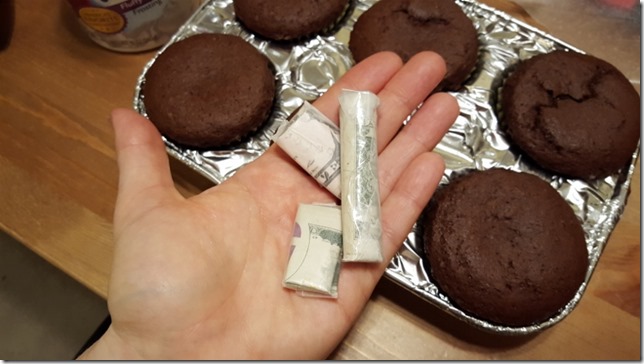 Then, I cut holes into the tops of the cupcakes, placed the money in the hole and put the top back on. It took a lot of frosting to cover it up, but the more the merrier. 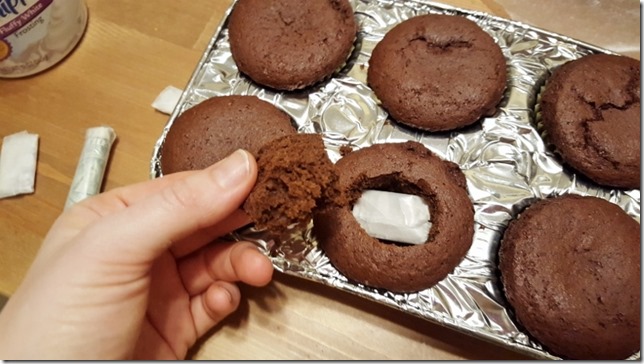 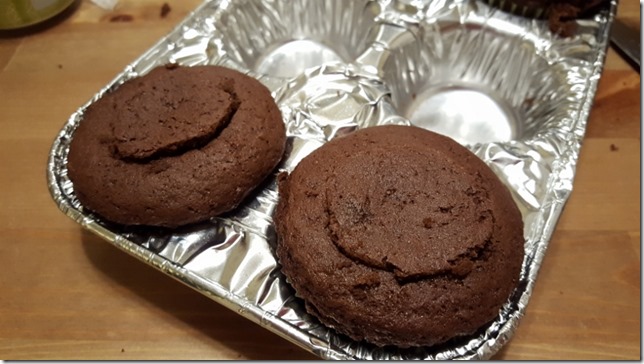 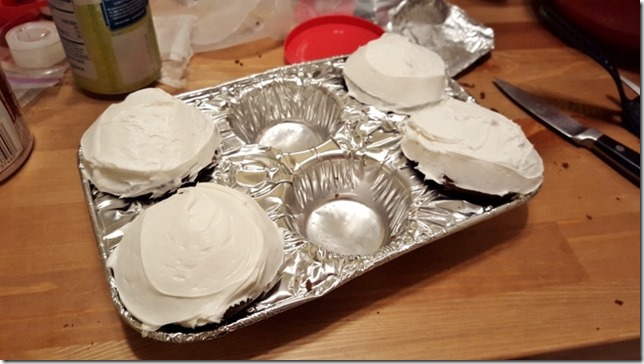 I only filled the ones in the foil container so I knew which ones had something. We just let him cut them in half to get the rest of the birthday money. 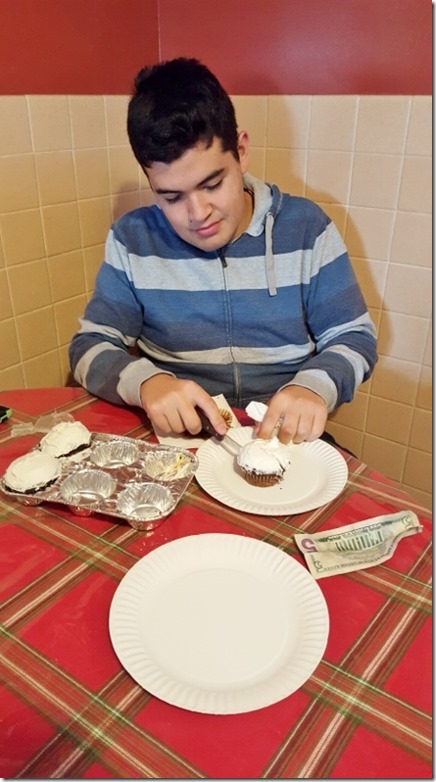 *Note I feel like coins in cupcakes could cause a broken tooth. But I also feel like the money was wrapped small enough that it could have gotten eaten. We were watching him pretty close to make sure he didn’t eat half the cupcake in one bite (as wouldn’t be that rare given he’s a teen boy).

It was funny when he spotted a piece of paper in the middle and tried to play it down. I bet he thought I made them wrong or something! Ha!

I think I like a piece of regular cake better actually!

Previous Post: « The Most Important Thing We Need to Talk About
Next Post: The Best High Protein Snack Recipes »

Disclaimer: Please speak with a medical professional before making any changes to your diet or exercise. I am not a doctor or registered dietitian. The views expressed are based on my own experiences, and should not be taken as medical, nutrition or training advice. Please note that affiliate links and sponsored posts may pop up from time to time. I truly appreciate your support. END_OF_DOCUMENT_TOKEN_TO_BE_REPLACED