Hello! It’s super early here and I have some time before the sun comes up to get out and run so I thought I’d say hello to you nice people. (Waking up ridic early when you don’t have to is not cool.)

Yesterday I headed to my fam’s for some official business. It included taking doggie selfies… 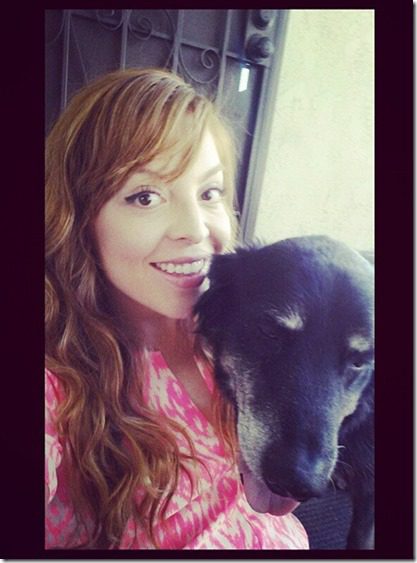 and learning how to do down dog. 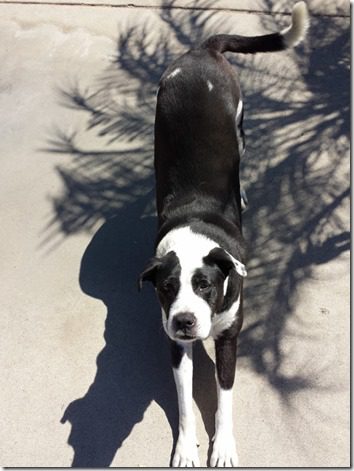 Thanks for that tutorial Bailey!

I wanted to just stay and play but headed home to work and pack and all that fun stuff.

I had fun dinner plans (extra fun because I wasn’t driving) so I tried this weird Ivanna B Skinny Margarita while I waited. My brother bought it for me as a gag gift recently. When he gave it to me he said, “Because I know you wanna be skinny… good luck… and because it was at the dollar store…” 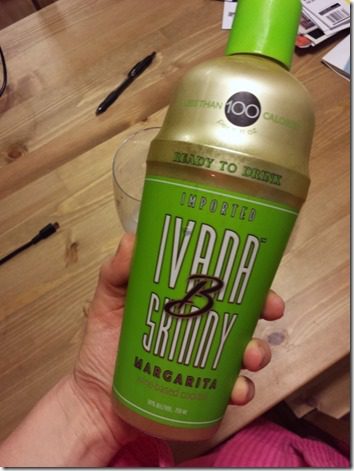 Surprisingly it was good! It’s a wine based margarita (so it totally doesn’t count as one) with 10% alcohol. So, I’d say it’s like a glass of wine that tastes like a margarita? I might have added a splash of tequila because as a Mexican it was the right thing for me to do

We have a long history of getting each other gag gifts. Our family has a tradition of getting something small for everyone’s Christmas stockings. In the past I’ve given him Pepto Bismo (which he was actually happy about! Ha!) and other randomness.

One year I found this ridiculous pair of pink chonies at the 99 cent store. I remember folding them up very carefully so it wouldn’t be obvious at first. On Christmas morning he was half asleep pulling things out of his stocking and slowly unfolded the worst girly pink underwear in the world. He was too sleepy to think it was funny. Bah!

I also like getting him completely random/inappropriate cards for his birthday like “Congratulations on your Christening!” or “Happy Birthday Princess”. 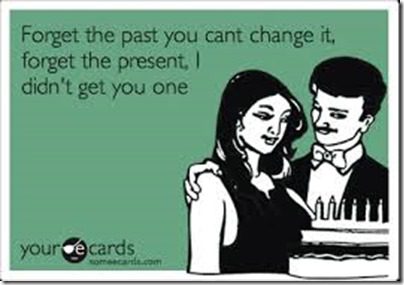 Question: What is the BEST gag gift you’ve ever gotten/given or heard of?

(Chonies = underwear. It’s slang for the word underwear in Spanish.)

Disclaimer: I am not a doctor or registered dietitian. The views I express are mine alone, based on my own experiences, and should not be taken as medical advice. I am a certified running coach, but am sharing my own training – not providing a program for you. Please speak with a medical professional before making any changes to your diet or exercise. Affiliates: Please note that affiliate links and sponsored posts may pop up on RER from time to time. I greatly appreciate your support!  END_OF_DOCUMENT_TOKEN_TO_BE_REPLACED