Hello from the sky! Again. Today I am headed to Orlando for the Disneyworld Wine & Dine Half Marathon.

My day started with a 4am wake-up call. I think that earned me a coffee, don’t you?

SkinnyRunner suggested McD’s for coffee instead of the ‘bucks so I gave it a whirl. Um. I’m no coffeeologist, but I think it was good! I got it without the sugar syrup, just a little cream too. 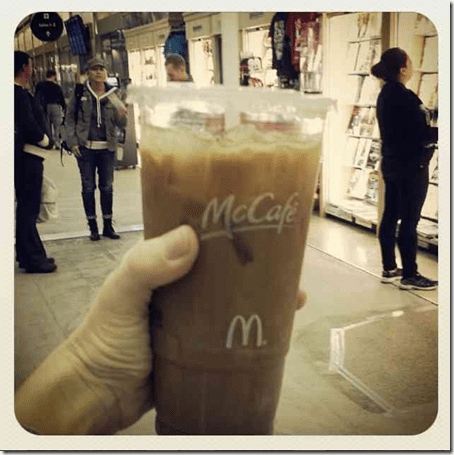 I am at the airport more than a pilot these days. I wonder if they’ll let me fly the plane today… 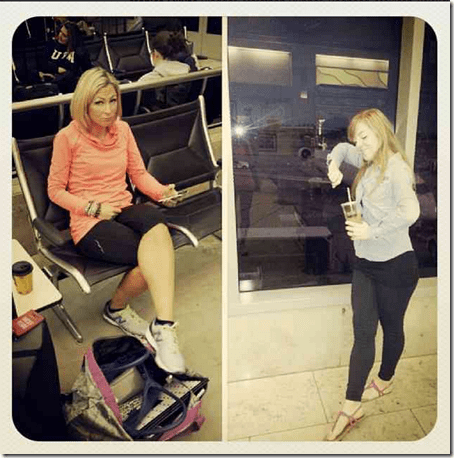 Yesterday I was MIA from online fun because I had another phone crisis. Remember how my phone was dying when I was in Pennsylvania? Well, I got a new one last week.

Then, the screen stopped working on Tuesday night!

So, yesterday I had to go on a wild phone chase to buy a new one. I was thisclose to getting the iPhone. But after hitting up three stores, including Costco where the guy was super helpful and knowledgeable I am going to give the S4 another whirl.

I am pretty sure it was a ‘bad’ phone, but if this one gives me problems I’m going to other side… iPhoneville. The broken phone took the worst pictures and so far these seem a lot better quality. Hopefully this problem is solved! 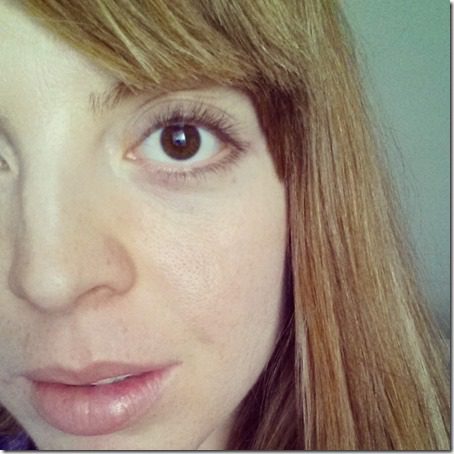 In addition to my phone breaking I had a long list of To Dos… packing, deadline, making my costume, trying not to have a nervous breakdown… (The Costco guy mentioned that I looked depressed, ouch.)

Anyway. Now I am on a flight headed to Florida. And I completely realize all of those are “first world problems” and I am lucky to have them. Even though I was stressed about my phone and the money it would take to replace it I try to remind myself, “You don’t have real problems, your family is healthy.” when I’m on the verge of losing it.

When I was done getting a new phone, packing, making a costume, washing clothes… I decided to make a pie. #random

I bought a pie crust from the store when I was hunting for costume supplies so it was easy. Roll crust. Chop apples, toss is cinnamon and sugar. Put pie together. Bake. Eat. (picture coming when I figure out this new phone tethering situation) 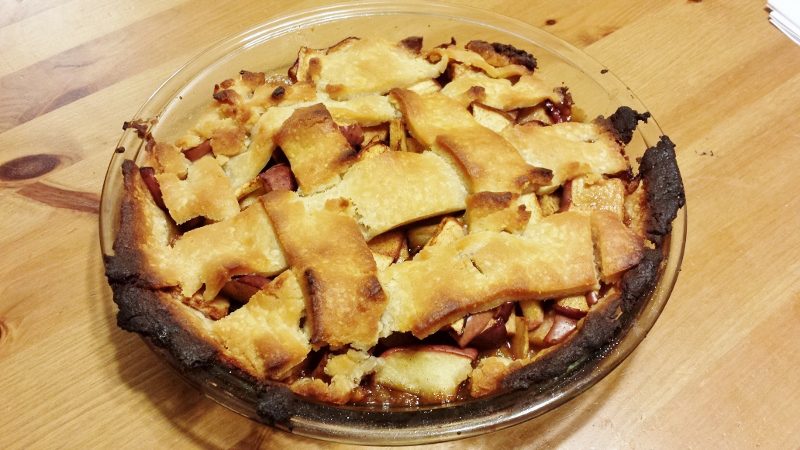 Of interest: Oldest woman to finish NYC Marathon died the next day. I don’t even know her, but I love her.

Spreadshirt Sale! Use code: EARLY20 to get 20% off anything in the RunEatRepeat spreadshirt shop!!

Disclaimer: Please speak with a medical professional before making any changes to your diet or exercise. I am not a doctor or registered dietitian. The views expressed are based on my own experiences, and should not be taken as medical, nutrition or training advice. Please note that affiliate links and sponsored posts may pop up from time to time. I truly appreciate your support. END_OF_DOCUMENT_TOKEN_TO_BE_REPLACED