Hello! How’s it going? I’m just here with Mari and some mystery person holding the leash. 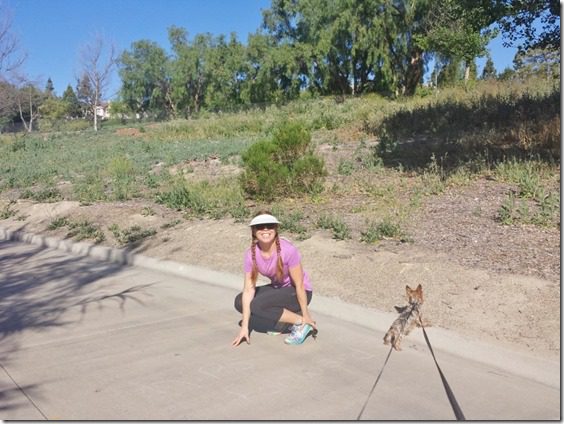 I usually always take Thursday off from running because I usually run Mon-Wed, but even though I ‘only’ ran Wednesday this week I took today to rest it up again. I went on a walk with SR and we spotted a few reminders from a local running group on the ground… “hips!” 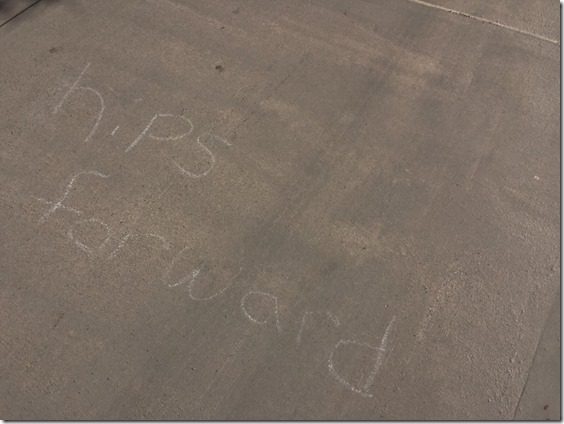 Like my hips, nips and chips vlog but not really.

We also saw a guy on a unicycle. You know, it happens. 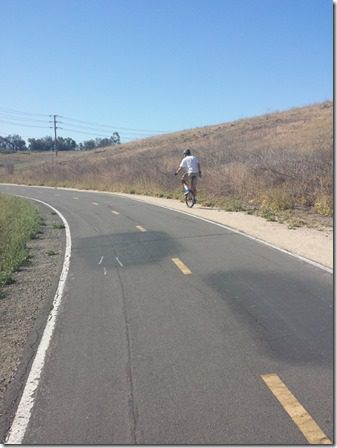 Anyway. I have gotten a ton of Facebook messages and emails and comments about the Watermelon Oreos. I just got another one from reader Katie yesterday with the picture below… 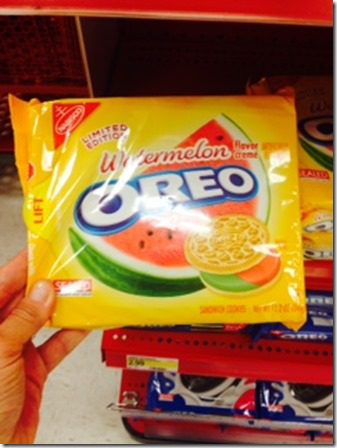 But the thing is – no one who has contacted me about them has actually tried them. So, I kinda feel like you guys are all teasing/mocking my love of the watermelon. Truthfully, I’ve seen them at Target – right by the cashier too, when you’re all weak from shopping and need a snack! They know how to get ya. But I haven’t bought them either. I’m pretty sure they’re going to be gross. And I’m pretty sure if I bought a pack and they were still gross I’d eat them all anyway. That’s how I roll. 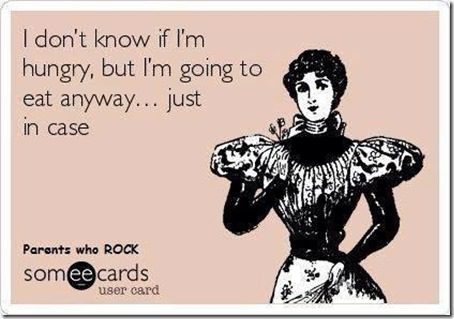 So, I need someone out there to confirm or deny that they are ‘worth it’.

Question: Have you tried the Watermelon Oreos? Are they good? Do you know someone who’s cousin’s brother’s dog sitter tried them? What did they think?

Previous Post: « 5 Tips for Running Faster
Next Post: Going to Miami with my Favorite Make Up Essentials »

Disclaimer: Please speak with a medical professional before making any changes to your diet or exercise. I am not a doctor or registered dietitian. The views expressed are based on my own experiences, and should not be taken as medical, nutrition or training advice. Please note that affiliate links and sponsored posts may pop up from time to time. I truly appreciate your support. END_OF_DOCUMENT_TOKEN_TO_BE_REPLACED