Hello! I bought the Trader Joe’s Cauliflower Pizza Crust last week. Have you tried it? I posted my TJ’s grocery haul on Instagram and a lot of people asked me to follow up with how it was. So I’m sharing my  review, but don’t get too excited – because I followed the directions and it didn’t come out how I expected. 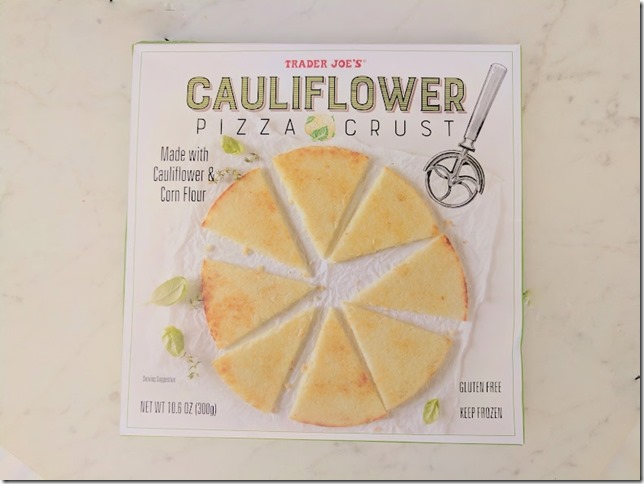 Trader Joe’s Cauliflower Pizza Crust is not just straight up cauliflower and eggs / seasonings like a lot cauliflower pizza crust recipes online. So it’s higher in calories that a straight vegetable crust. And it’s more bread-like because there is corn flour in it. It’s gluten free and has a pretty decent list of ingredients. 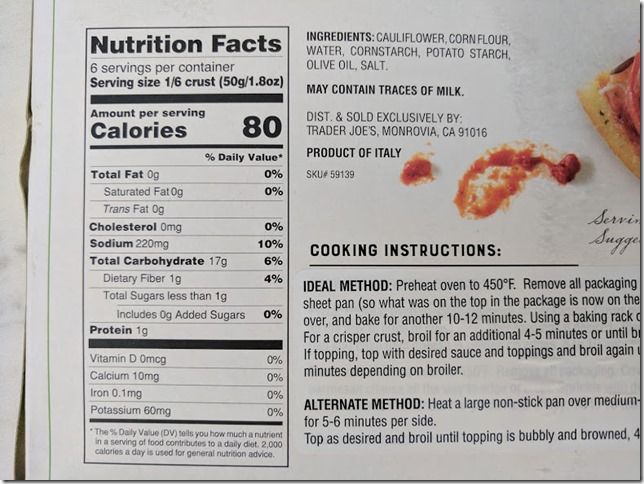 The directions are a little different from other store bought pizza crusts because you are supposed to flip it over half way through baking.

As soon as I started to try and get a spatula under it to flip it started to break. I froze. Took a picture. Then, tried to continue the flip. 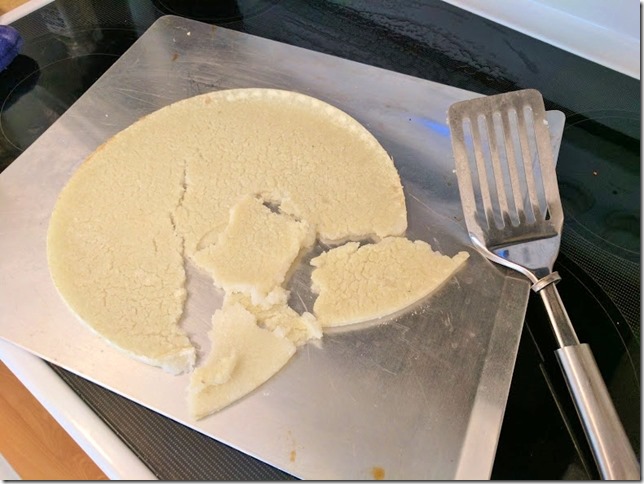 My heart broke into as many pieces as you see here: 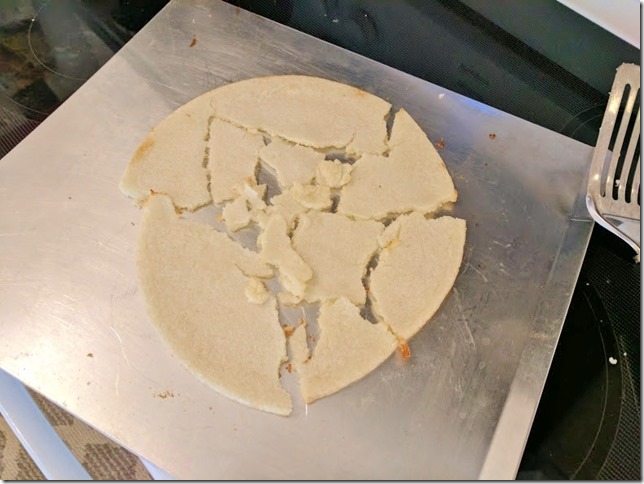 I was super bummed. I do kind of assume it’s ‘user error’. Maybe I did it wrong?

But I was posting on IG stories and got a few comments that this crust is no bueno. Noted.

I squished it together as much as possible and finished baking the crust. Then, I topped it with pizza sauce, seasonings and cheese to finish it off. 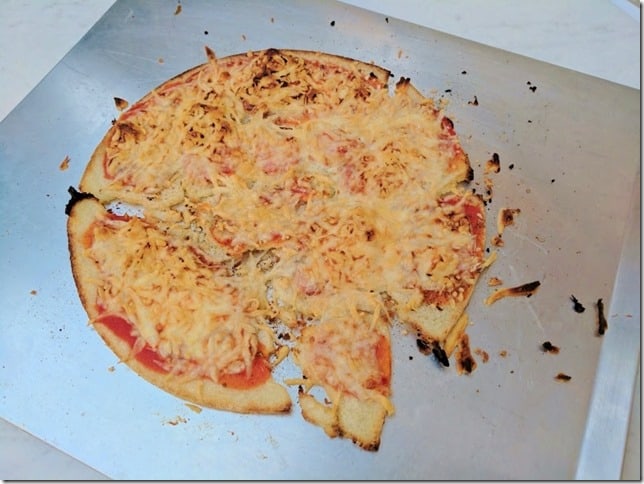 Crust taste – It was okay. It’s not super well seasoned and pretty bland.

Crust texture – It’s thick and more bread-like in that way versus my homemade cauliflower crust.

Nutrition info – I like that there’s not a ton of ingredients. It’s pretty small and the calorie info is for 6 pieces. I don’t see how it’s 6 pieces.

Overall – yeah, I’m gonna have to say it’s a ‘not buy again’ vote from me. It might have totally been my mistake in breaking it. If the crust was super tasty I would be willing to overlook that. But I think because it wasn’t super amazing flavor I’d skip it.

I mean – don’t get me wrong I totally ate it. I just wish it didn’t fall apart.

*Update: A friend suggested NOT flipping it or cooking it longer before flipping it. She said when she’s done it that way it doesn’t break. 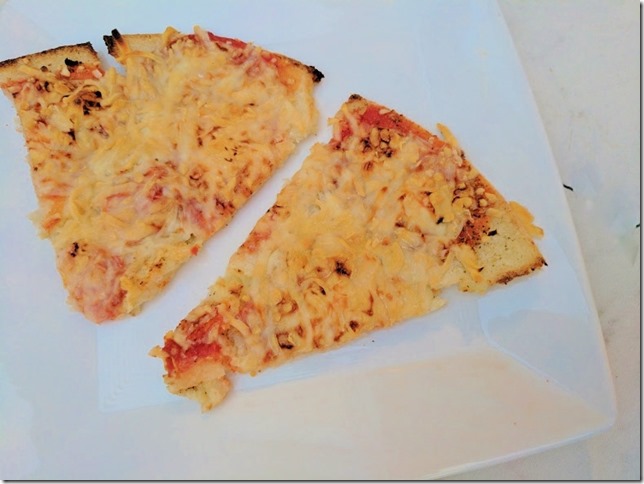 To balance it out I had a few cupcakes. They did not fall apart. #boom 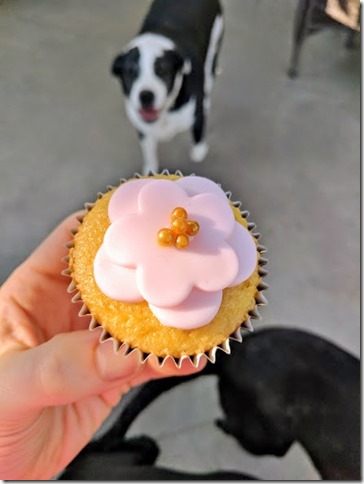 Question: Have you tried the TJ’s cauliflower pizza crust?

Get the latest sales, podcasts, recipes and more straight to your email!

Boom! You're in. Now check your email to confirm your subscription. We'll talk soon 🙂


How many miles did you run in February? Do you usu

Disclaimer: Please speak with a medical professional before making any changes to your diet or exercise. I am not a doctor or registered dietitian. The views expressed are based on my own experiences, and should not be taken as medical, nutrition or training advice. Please note that affiliate links and sponsored posts may pop up from time to time. I truly appreciate your support. END_OF_DOCUMENT_TOKEN_TO_BE_REPLACED