Mine is swell except for the fact that my bug bites and sun burn are also still SWELL-ed up.

Today I added a sweet potato to lunch to make it a more well rounded meal. 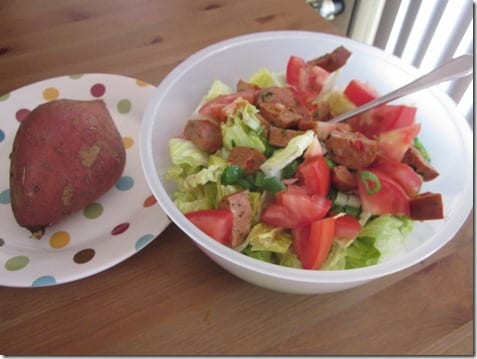 I’m planning on making a protein shake green monster for an afternoon snack before I head to the gym to train 2 clients. 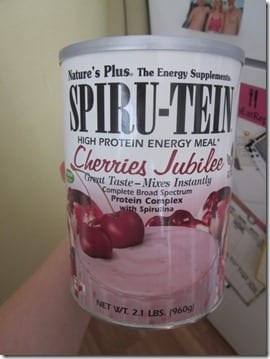 Winner of the Larabar giveaway is:

I’ve never tried a Larabar but have heard great things about them! Growing up, my momma made me breakfast and it usually consisted of a bagel with cream cheese, yogurt, and some type of fruit… And to this day I make myself a similar breakfast

Winner of the Naturebox giveaway is:

My fave snack is Chobani with puffins!

*Please email me your name, address and which contest you won.

A few months ago Tina sent out an email asking if I’d like to do the Reach the Beach Relay race in Massachusetts. I had never done a relay race before and being out on the west coast I don’t get to see my east coast blog friends nearly enough – so I jumped at the chance! 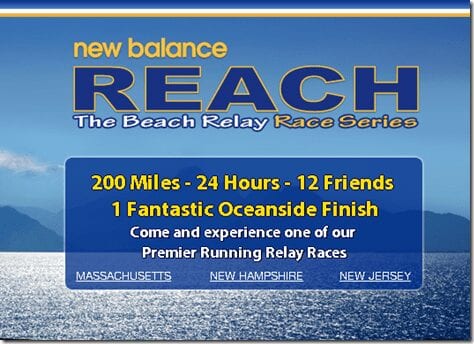 At the time it seemed so far off, plus I really only thought about how fun it was going to be packed in a van with a few of my favorite peeps!

This week our fearless captain Tina sent out the leg assignments. Apparently she hates me because I got the longest, hardest leg! (TWSSx100)

To be honest, I didn’t plan on training for the relay because we aren’t trying to hit a certain time, we’re trying to have fun! But, now that I’ve realized I’m going to be running 22.5 miles in 24 hours – and two of those legs are considered “Hard” – I need to put a training plan together!

The Ragnar site has a beginner and intermediate training program for their relay.

I think the most important thing is to do two or three runs in a 24 hour period to get your body used to all that mileage.

Running 22 miles in 24 hours would be hard enough, but when you factor in traveling across the country, lack of sleep, 6 girls squeezed in a van, eating Teddi Grahams and Red Bull for breakfast – I’m thinking this is going to require me to actually be prepared!

Since Reach the Beach isn’t my “goal race” in terms of PR-ing I am not going to plan an entire training cycle around it. But, I do need to train for it.

Here are the facts:

Here is the plan:

I just checked and the race is only 6 weeks away. Ah! I didn’t realize it was so close!

I’m hoping to get 5 two-a-days in by the week I head to Boston. I HATE running in the afternoon, so it’s going to suck. Hopefully, this will make the actual relay more pleasant though

Question: Ever run a relay? How did you train?

Disclaimer: Please speak with a medical professional before making any changes to your diet or exercise. I am not a doctor or registered dietitian. The views expressed are based on my own experiences, and should not be taken as medical, nutrition or training advice. Please note that affiliate links and sponsored posts may pop up from time to time. I truly appreciate your support. END_OF_DOCUMENT_TOKEN_TO_BE_REPLACED