Hello! How’s it going? Are you running strong? Eating healthy? Repeating yourself because your mom can’t hear you on the phone?

Well, hopefully everything is great. And if it’s not I’ll distract you with a mystery. Help me solve these random acts!

I’m enjoying the cool weather in Southern California for now. It’ll be HOT before we know it. So I started the day with an 8 mile run and some strength training at home courtesy of Beach Body on Demand. 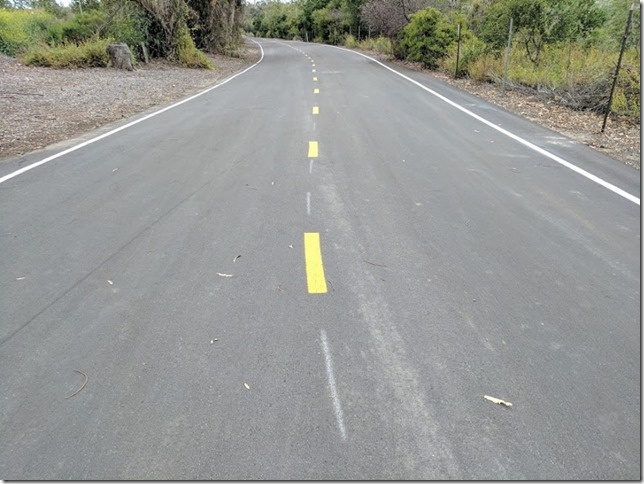 Yes, just a microwave sitting there waiting to be scooped up and taken home. Isn’t this random? 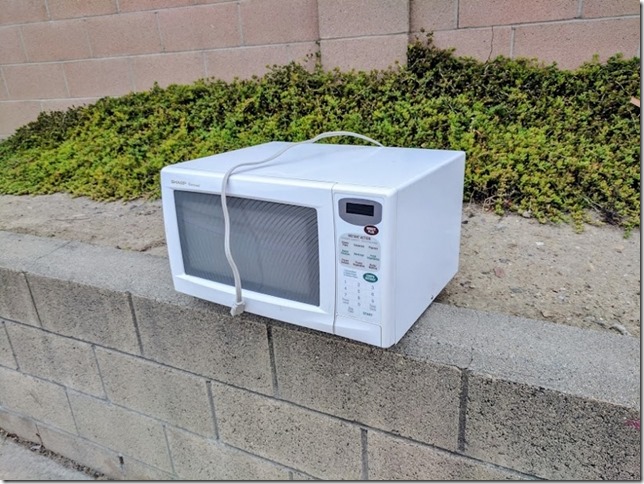 I had a major fail while making breakfast.

For some reason the blender cup was NOT fitting on the Ninja blender base. I tried to screw on the lid really tight and kept trying it. Nope.

I was getting super frustrated and knew I didn’t have the strength to screw it off so I just had to accept I would have to throw out the smoothie ingredients and bang it on the side of the sink. I had it filled all the way to the top so I knew if I hit it against the counter or something it would just  knock the lid off but make a huge mess.

Yep, I hit it on the sink a few times hard and the top came off. Yeah!

Luckily that worked and I made another one.

It was a pretty simple  green smoothie with protein powder, ice, almond milk, spinach and banana. Then I added random toppings. The toppings are my favorite part! 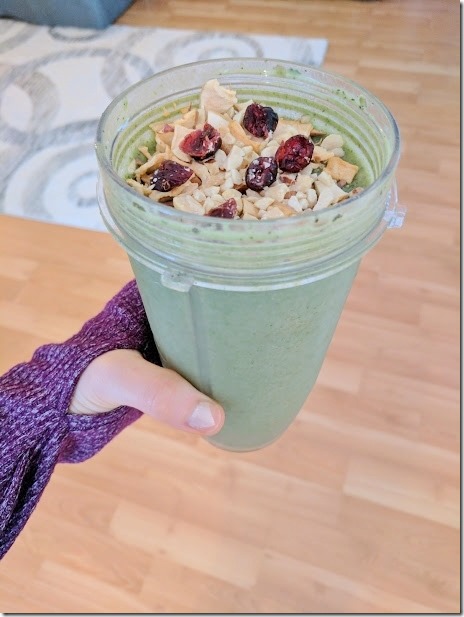 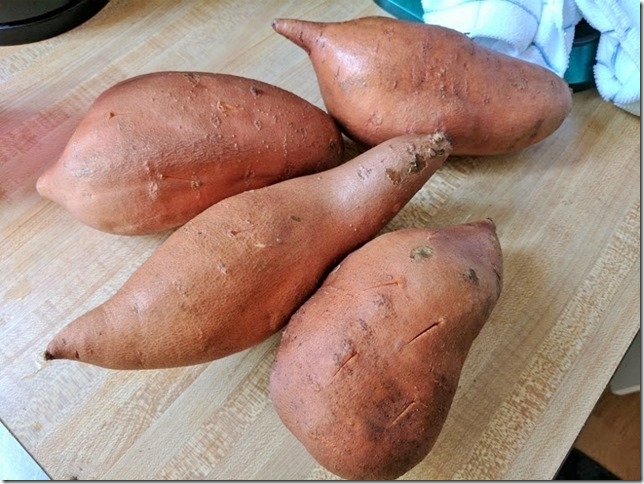 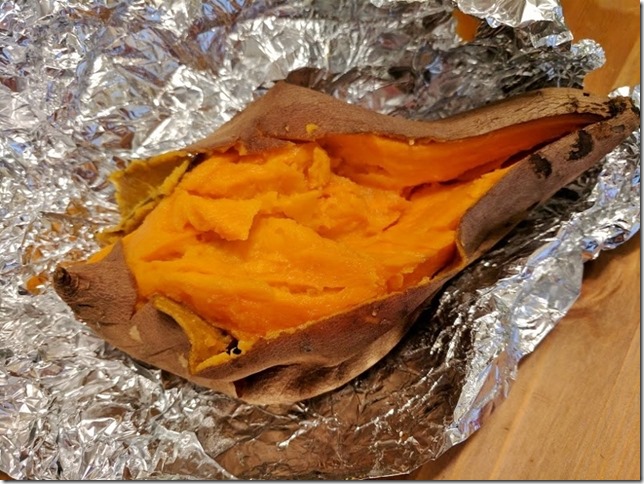 Here’s a picture of Vegas’ tail because it’s cute. 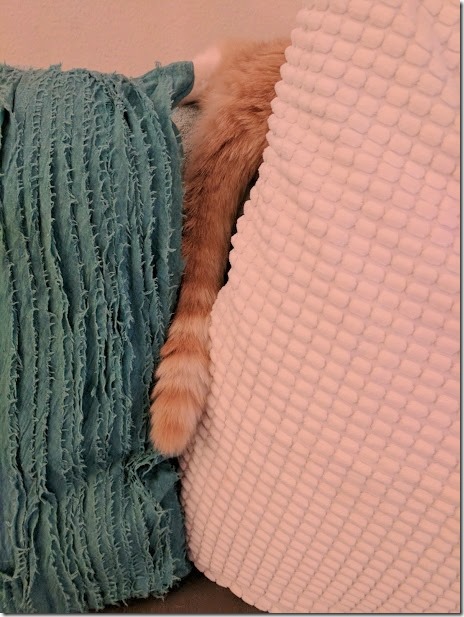 I saw something Instagram about using actual pie crust to make a graham cracker topping for yogurt. 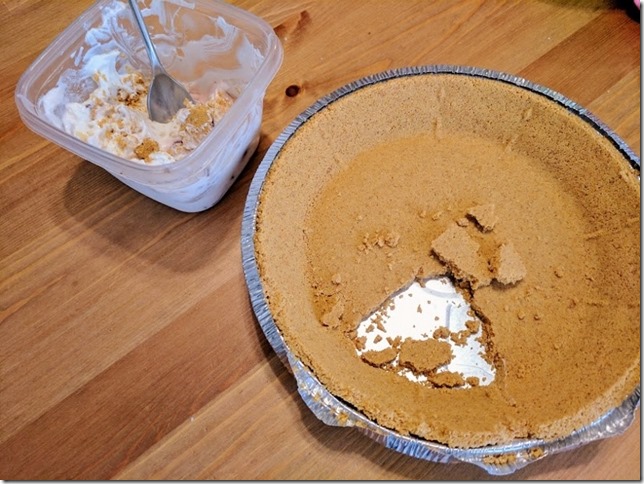 I intended to make a coconut cream pie for Mother’s Day. I took all the ingredients for the DIY Salad Bar to my parents’ house but forgot the pie crust! It as fine because we had so much other food – no one missed it. But that left me with a pie crust at home. And because I’m clever I used it as a yogurt topping.

Dinner was salad, a chicken patty and a Crockpot sweet potato. This is a super massive bowl. Trust. 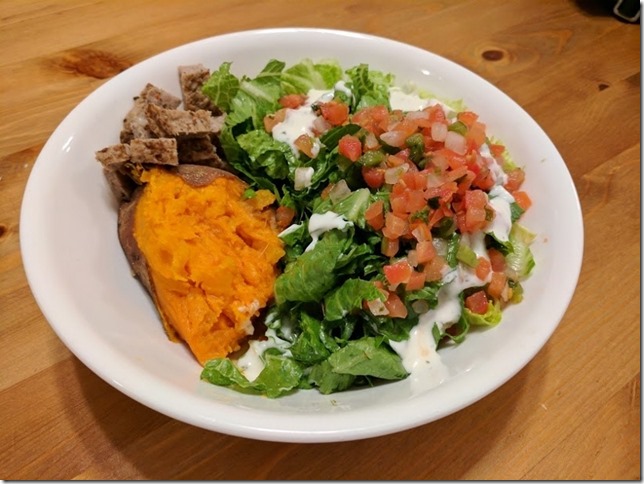 Dinner should always be paired with wine. I took a wine suggestion from my drunk manatee and went with Rose. 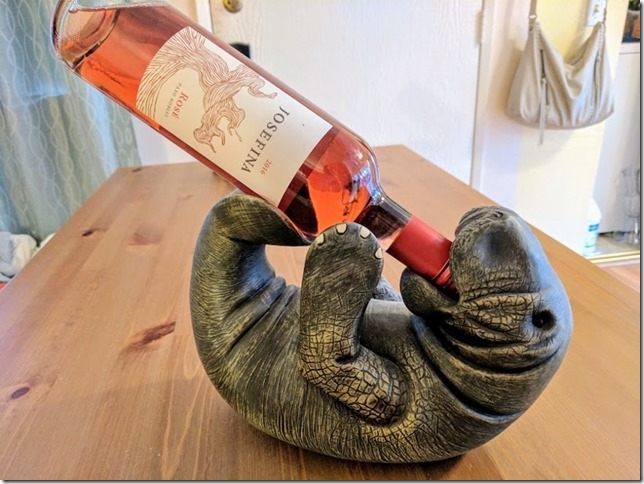 Dessert was chocolate covered strawberries courtesy of a special someone called “Manager’s Special” at Ralphs. They were $.99. Boom. I’m pretty sure they were leftover Mother’s Day goodies and I’m A-okay with that. 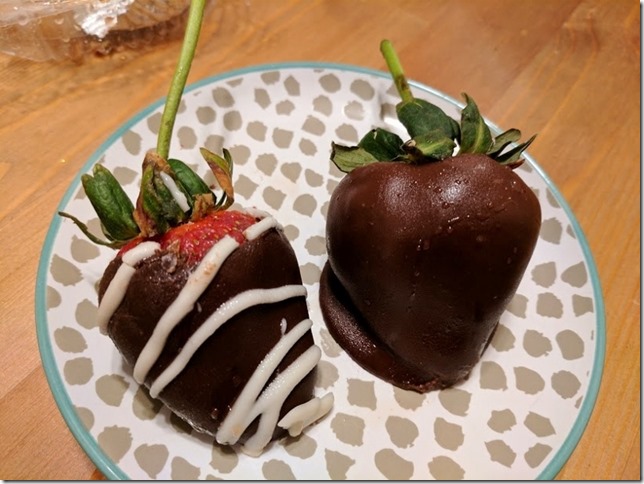 When I went grocery shopping earlier I walked slowly through the bakery area saying “Hi” to my friends = Carbs.

I noticed something weird in the bread case…

Someone full on took a bite of a roll and put it back. 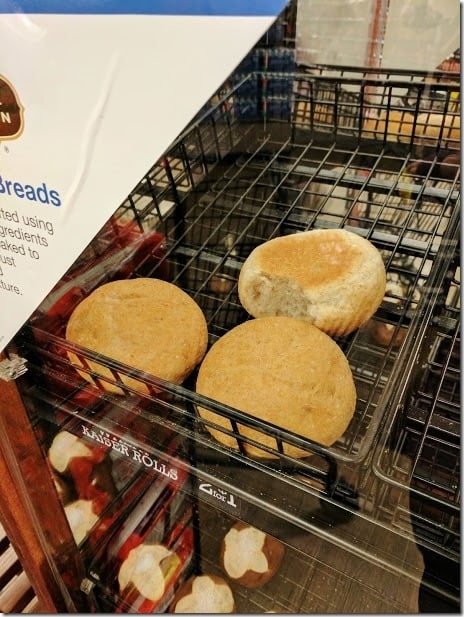 Question: No seriously, who took a bite of that bread?

I’m not even mad, I kinda just want to know the person who’s blood sugar was low enough that they needed a bite of bread like it was an emergency.

Disclaimer: Please speak with a medical professional before making any changes to your diet or exercise. I am not a doctor or registered dietitian. The views expressed are based on my own experiences, and should not be taken as medical, nutrition or training advice. Please note that affiliate links and sponsored posts may pop up from time to time. I truly appreciate your support. END_OF_DOCUMENT_TOKEN_TO_BE_REPLACED