How’s it going over there??

I have been a snacking out of control lately and attempted to make a good, healthy snack yesterday to combat some of the excess sweets and treats I’ve been enjoying daily at 3pm.

I bought some strawberries that weren’t the sweetest so I put them in a smoothie. 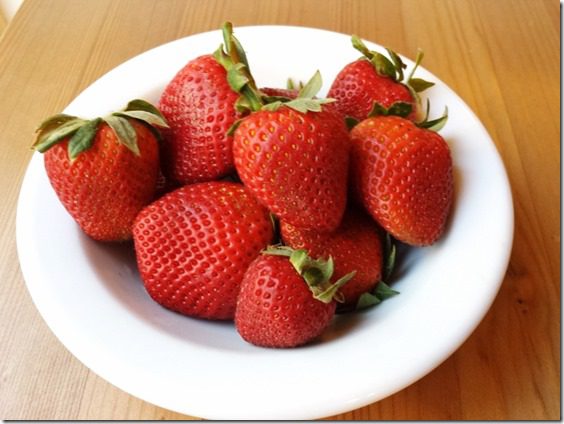 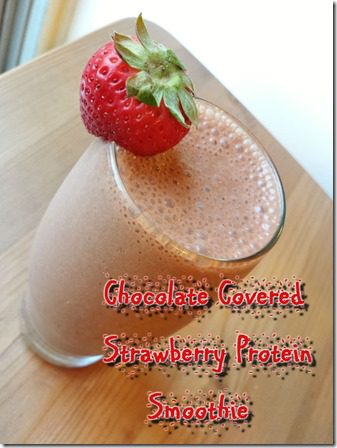 I use this Advo Chocolate Protein Powder but anyone should work. 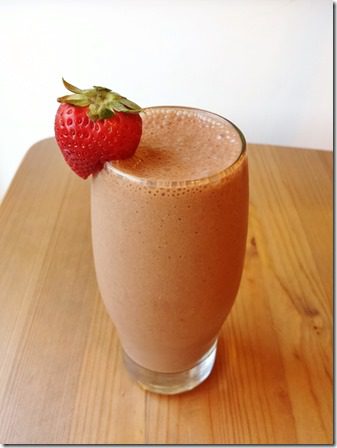 Almost daily I have a massive salad for lunch OR dinner. 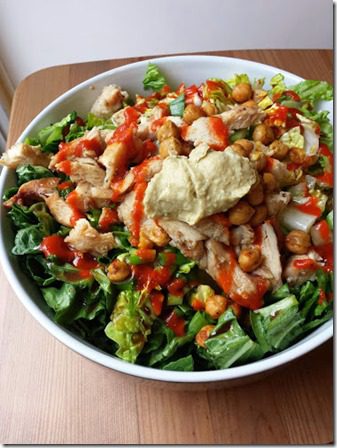 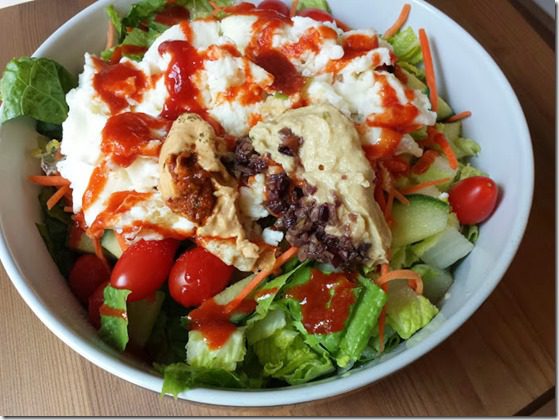 A few weeks ago I shared my Costco Grocery Haul and someone asked,

Question: “Why are you getting romaine lettuce instead of spinach? 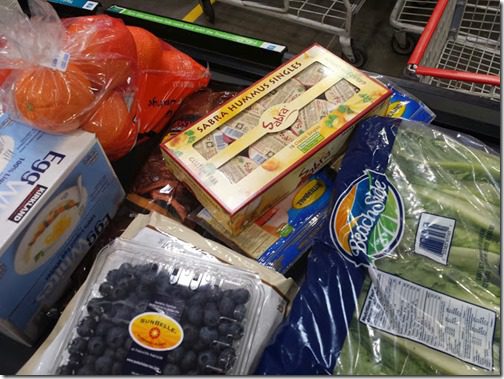 Great question! If you’ve seen my salads you might have realized that under those massive layers of hummus and eggs there are romaine leaves 80% of the time.

This is for a few reasons:

1.) Since I have slight hypothyroid test results I’ve done some research and found I should avoid certain foods. (More below.)

2.) It’s cheaper and I like to buy in bulk. Some things are simple as that

And one of the main reasons is I have very strong views on romaine and other foods named after celebrities.

Seriously though… I when I first got tested I did a lot of research and read that you are supposed to avoid Goitrogrens if you are hypothyroid.

“Goitrogens are able to disrupt normal thyroid function by inhibiting the body’s ability to use iodine, block the process by which iodine becomes the thyroid hormones thyroxine (T4) and triiodothyronine (T3), inhibit the actual secretion of thyroid hormone, and disrupt the peripheral conversion of T4 to T3.” – Source

When I first tested low for T3 I was eating cabbage and soy (2 foods on the list) Every.Single.Day. Not sure if that contributed to my results, but it sure didn’t help!

I do NOTHING in moderation. If I love something I love the crap out of it and smother it to death. Which is what I was doing with those exact foods I should have been eating less.

So. When I realized that I was eating a few foods from the “Foods People with Low Thyroid Should Avoid List” ALL THE TIME – I stopped.

This included cabbage, kale, spinach and soy. I’m NOT allergic to these foods so I will have them sometimes, but I try not to buy them on the regular (strawberries are on the list hello). I’m not stressed about it, just doing things in a way that I can maintain long term.

Also – the foods on the list are some of the healthiest foods on most other lists so I am always doing new research and checking in with myself to assess what is working/not working. I’m not sure if I’ll stick with this forever – or even until next week so don’t hold me to anything.

Note: Many sources say you can eat these foods in limited quantities if you cook them. For some reason cooking them inhibits their goitrogenic properties.

I didn’t really post about it at the time because it wasn’t a big deal, I changed it up and went about my business.

Also, when I used to read blogs a few years ago and was struggling with my weight/body/self esteem it made me confused and frustrated when a blogger would stop eating M&Ms or something because of some random reason. Moral of the story: Do you.

Question: Does it make you second guess yourself when you read a new diet trend or cleanse or fad?

Disclaimer: This post is sponsored by me. Don’t do anything I do because I probably am crazy or have an agenda or wrote this on Wine Wednesday while watching trash TV and updating twitter…

Disclaimer: Please speak with a medical professional before making any changes to your diet or exercise. I am not a doctor or registered dietitian. The views expressed are based on my own experiences, and should not be taken as medical, nutrition or training advice. Please note that affiliate links and sponsored posts may pop up from time to time. I truly appreciate your support. END_OF_DOCUMENT_TOKEN_TO_BE_REPLACED