Today started out like any other race day, with PB&J and coffee. 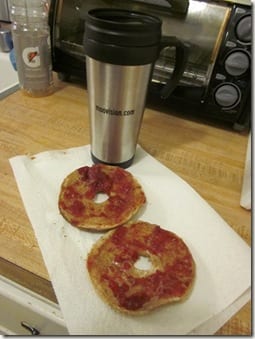 I also had a dilemma… I was signed up for the Full Marathon, but decided to do the half when I realized I wasn’t ready and might risk injury and would have a very long recovery.

The decision was made, but I wasn’t sure if I should wear my timing chip. I didn’t want it to record the wrong time or to show that I missed the full marathon markers. So, I didn’t wear it.

That was actually a good thing because I had a bad race and am glad I didn’t have the added pressure of watching the clock. 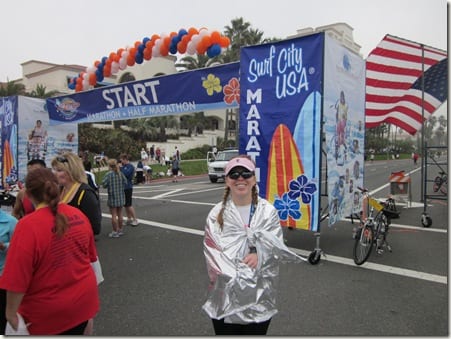 Since I didn’t have the timing chip I don’t have an official time, but it’s okay with me. My stomach hurt, my hip felt tight and I just didn’t have it in me today. I’ll post more about it tomorrow. 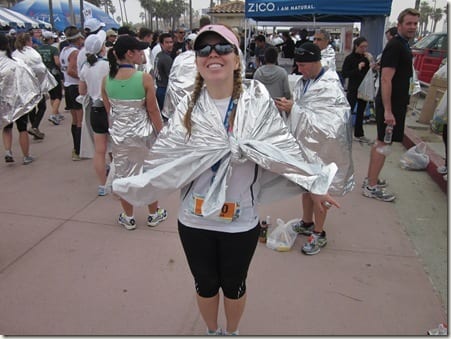 I was able to pay attention to the signs spectators were holding up. Some of them were great! My favorite race signs today:

“I am proud of you, complete stranger.”

“Suck it up buttercup”

“I have great stamina too! Call me.”

“I go nuts for tight butts”

There were a lot of clever spectators out today! 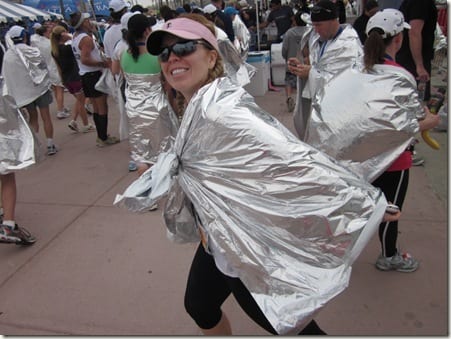 This isn’t that bad of a time considering I was had rough race today. 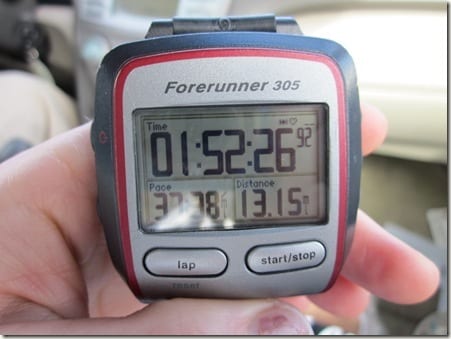 Here is the medal – it’s a Surf Board of course

I went through the Half Marathon chute, but they still insisted on giving me the full marathon medal. 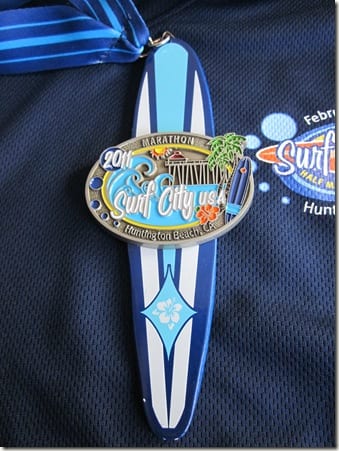 This morning on the way to race I realized I have done a race every month since October. That’s 5 races in as many months. I am soooooo ready for a break now 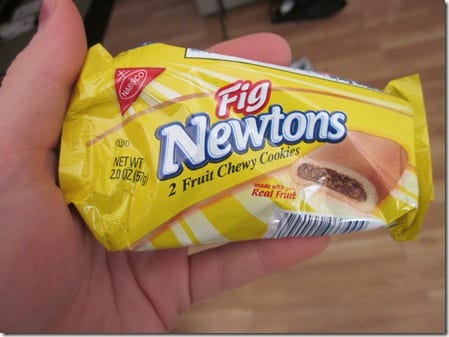 My stomach still hurts, but I am hungry. I just had a massive smoothie with sliced almonds. 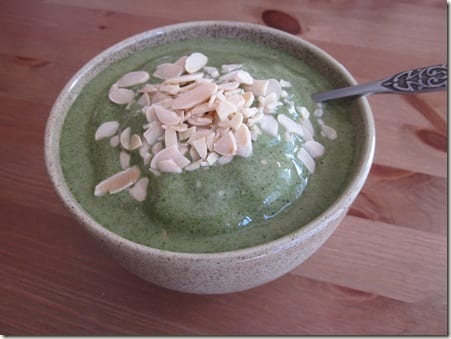 My belly better get it together soon I have big plans for Super Bowl snacks and pizza!

Disclaimer: Please speak with a medical professional before making any changes to your diet or exercise. I am not a doctor or registered dietitian. The views expressed are based on my own experiences, and should not be taken as medical, nutrition or training advice. Please note that affiliate links and sponsored posts may pop up from time to time. I truly appreciate your support. END_OF_DOCUMENT_TOKEN_TO_BE_REPLACED