I ran the Boston Athletic Association Virtual 5K today! And it’s Marathon Monday, well it’s technically 5K Monday… but this is usually the day of the Boston Marathon race. Yes, in a very long standing tradition the race is on a Monday – Patriots’ Day actually (until it was cancelled last year and postponed until October this year).

I wish I was in Boston running the marathon today! There is nothing like the last mile of the Boston Marathon. The cheering crowds along the 26.2 mile course are amazing. The buzz in the city during race weekend is magic. Maybe that’s why the Boston Marathon mascot is a unicorn!!

I feel so lucky to have run the Boston Marathon with the Hyland’s Team. I’ve run a lot of marathons and half marathons and this one really lives up to all the hype.

And then I had the amazing opportunity to host their video series following the training journey of the last team of runners. Each and every one of them were talented runners balancing their careers in the medical field and first responders. 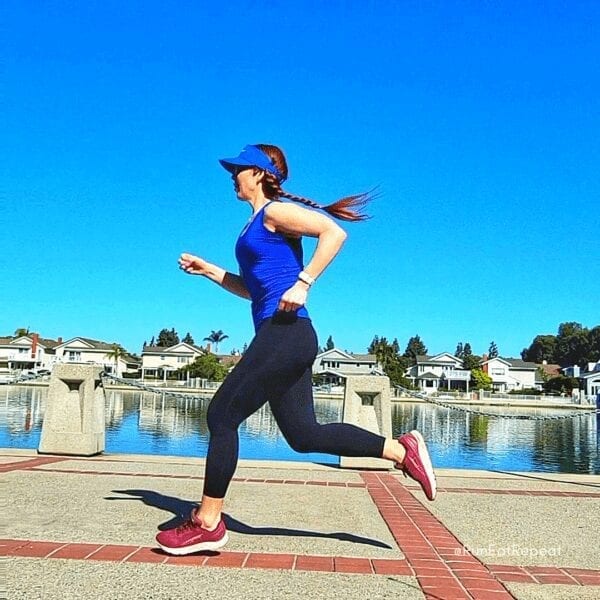 I really love the Boston Marathon and the entire culture around it so I decided to sign up for the Boston Athletic Association (BAA) Virtual 5K to help support the organization. The distance running industry, especially in person race organizations have been hit very hard by the pandemic. I know companies have went out of business or had to temporarily close since in person races weren’t happening.

While a few companies that organize virtual races jumped on it right away and made a ton of money from virtual runs, most big city marathons were cancelled and lost money that would normally be used for the following year’s race.

The BAA and other similar race organizations weren’t in the business of organizing virtual races so they were at a disadvantage. Plus, their usual target audience prefers in person marathons – so they couldn’t be sure it runners would want to run a virtual race.

I get it, I 1000% prefer in person races! But that wasn’t an option, so I registered for the BAA Virtual 5K and ran it on the day that’s usually Boston Marathon Monday.

I’m not a big fan of 5K runs and much prefer to run a half marathon or full marathon over a shorter distance, but this was a good learning experience! I hadn’t paced myself for a 5K in… well, ever! I’ve never paced myself to run a fast 5K because the ones I’ve done in the past are Run Disney races in full on costume and just for fun.

So this morning I woke up way too early (not to run, my body just woke up before 4am and I couldn’t fall back asleep) and made a 5K playlist. Then, when the sun was up… I headed out the door for my 5K.

I decided to do a route that wouldn’t have any street lights, but it did have a few turn arounds and small hills. Oh, and a spider web that I ran through a quarter mile from the finish!!! Dang it! But I kept going because – what was I going to do even if I stopped? I didn’t have anything to wipe it off with. I just hoped it didn’t come with a spider!!

I should’ve run faster but I was: afraid of burning out so I kept it conservative for the first half. I just started doing speed workouts again recently and am still building it back up.

Overall, I’m happy I did it and now have a better idea of where my fitness is right now. Which is good information since I also registered to run the Virtual Boston Marathon in October!! Time to get serious. 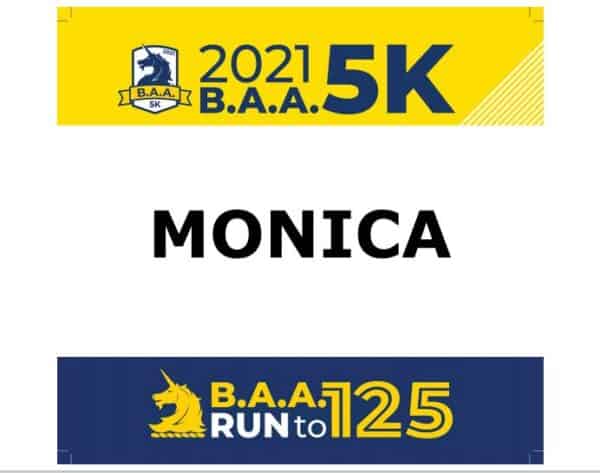 And since it’s Marathon Monday I’ve loved seeing tons of Boston Marathon pictures from other runners on Instagram. I’ve written a lot of recaps and tips about training and the race so even though I want to write a long love letter to the Boston Marathon I’ll spare you my dramatic declaration of undying love.

Instead, I suggest you listen to Taylor Swift’s Last American Dynasty or something else to set the mood and scroll through some of my favorite Boston Marathon pics… 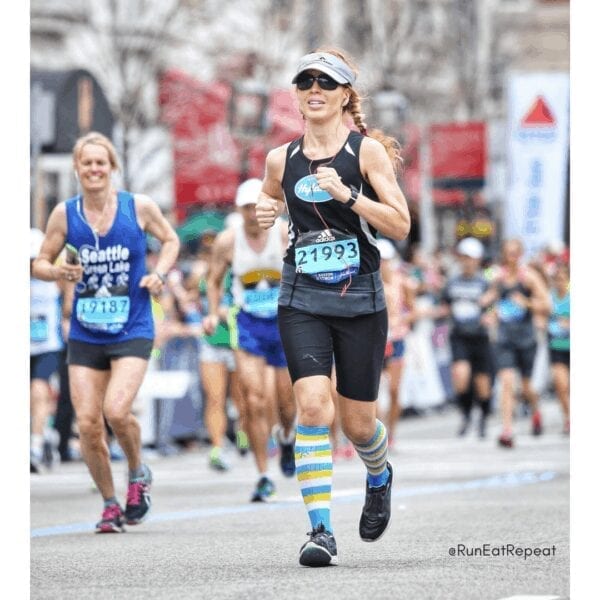 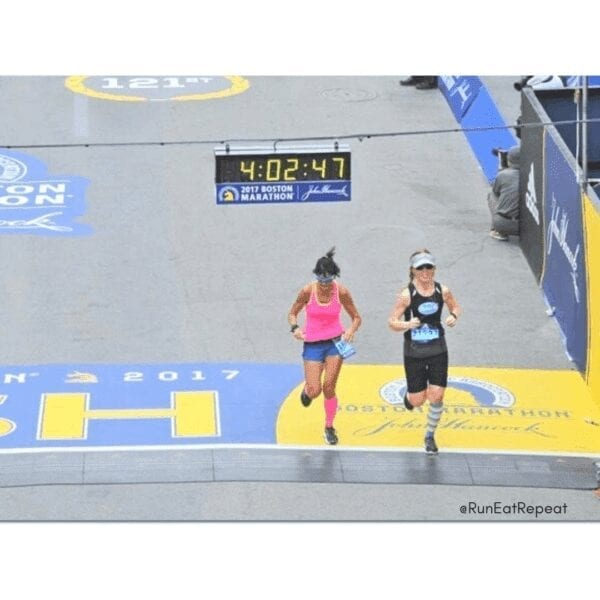 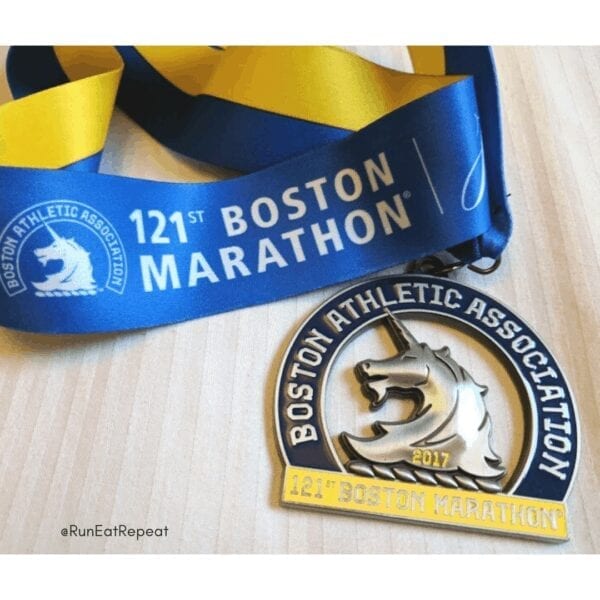 If anyone can bring running back it’s Dave McGillivray (Boston Marathon Race Director). 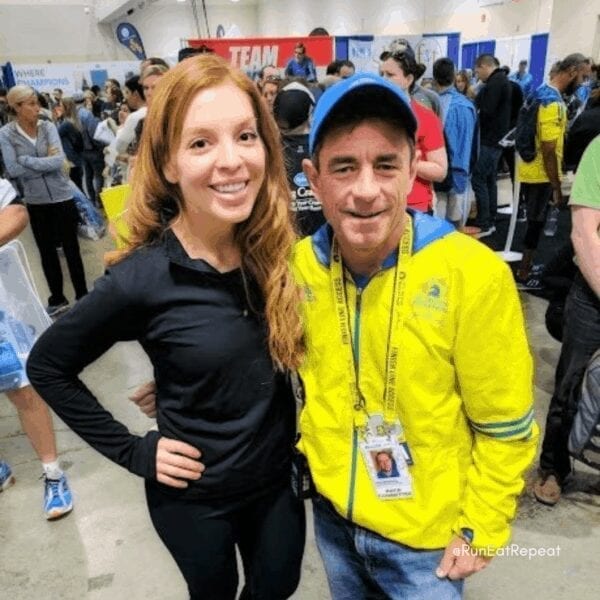 This is before the Boston 5K with the Hyland’s Team Runners. We were super excited to start race weekend. 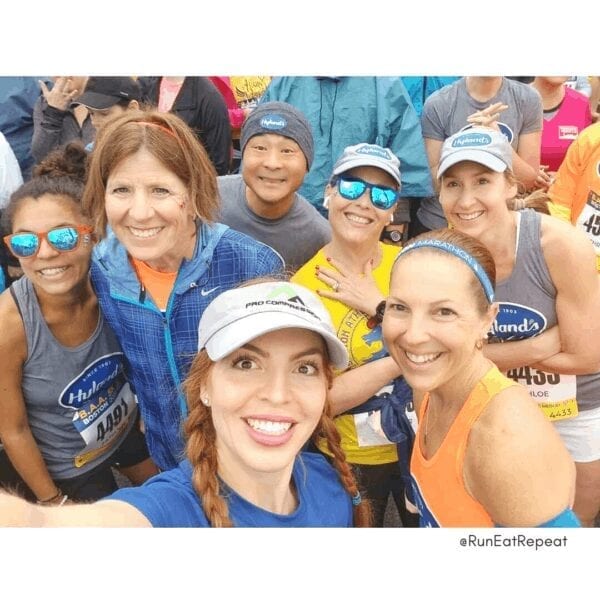 I ran the Boston 5K in 2019 and met Kathrine Switzer at the finish line. She was the first woman to run the Boston Marathon – and she did it before they allowed women to enter. She registered with her first initial and just went for it!! (It was 1967.)

One of the race officials actually tried to grab her to pull her off the course!!?! Unbelievable. (But there are photos in case you really don’t believe.)

She finished even though – she was not welcome there and someone actually tried to stop her. That must’ve been such a mind-F.

YOU can overcome obstacles too. Don’t let anyone get in your way. Get out of your own way. Be unstoppable. 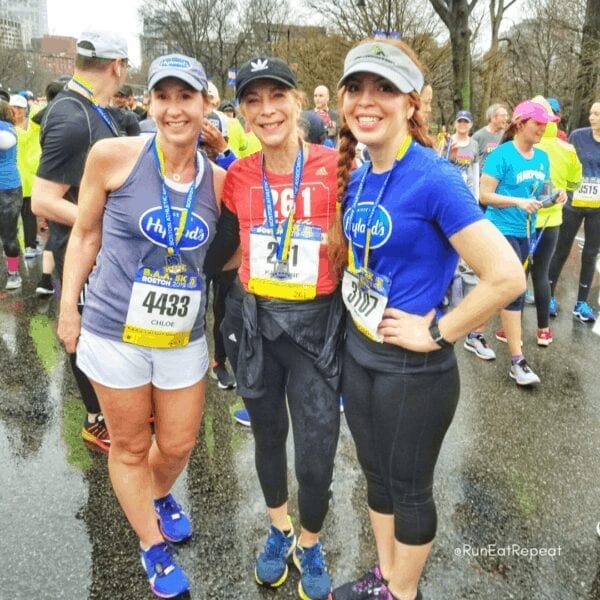 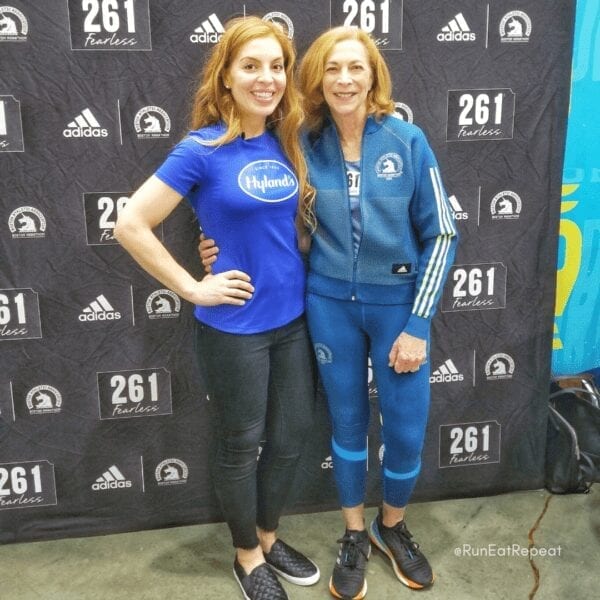 Disclaimer: Please speak with a medical professional before making any changes to your diet or exercise. I am not a doctor or registered dietitian. The views expressed are based on my own experiences, and should not be taken as medical, nutrition or training advice. Please note that affiliate links and sponsored posts may pop up from time to time. I truly appreciate your support. END_OF_DOCUMENT_TOKEN_TO_BE_REPLACED